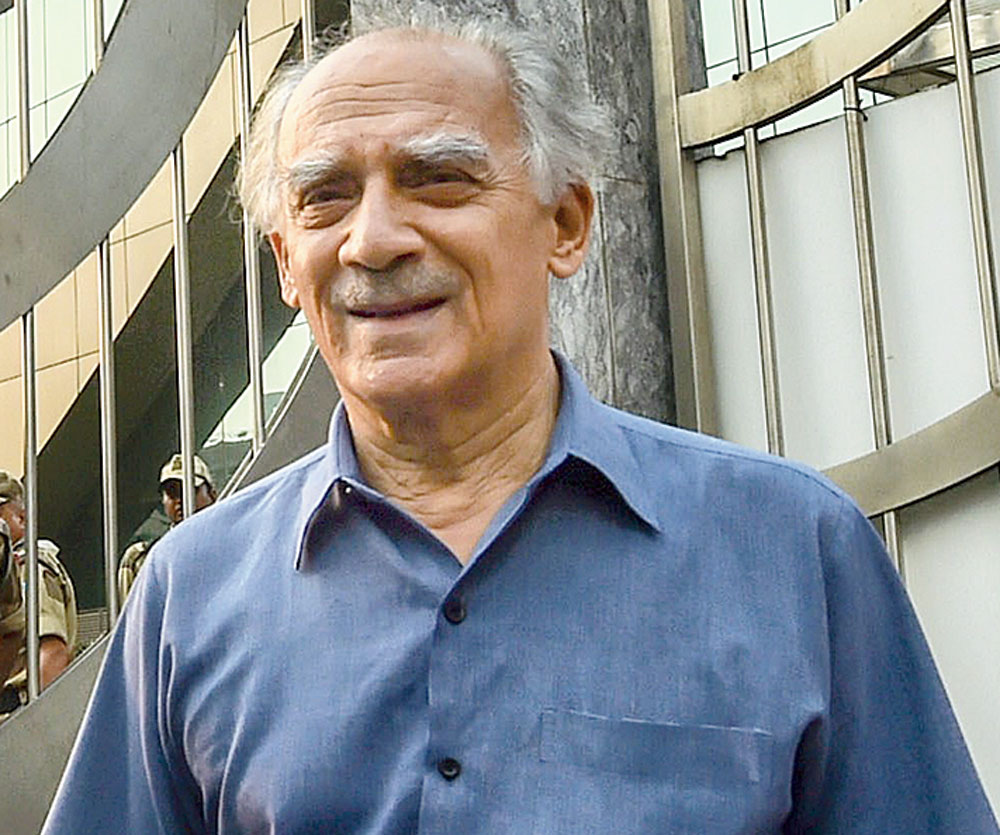 Arun Shourie, the former Union minister and editor who has researched the Rafale deal in detail, said on Wednesday that a claim of clandestine meetings between him and the benched CBI director was a “device of the government” to evade questions on the defence scandal.

“Everybody should be alert about this device of the government to raise non-issues…. Every time they are in trouble, they will raise these side issues. I lost my temper with a reporter who asked whether (former minister) Yashwant Sinha and I met (Alok) Verma in a hotel room at night. The channels report ‘government sources say Verma was meeting people, and that Shourie denies it’. This is picked up by bhakts who tweet. Truth and falsehood are on a par,” Shourie told The Telegraph.

Shourie added: “(Lawyer) Prashant Bhushan and I met the CBI director on October 4, in his office, after being granted an appointment. We gave him a detailed complaint with information related to the Rafale case. In the past, I have met two CBI directors — one in his office and one at his home — to give information I had about investigations that were ongoing. The CVC chief was even more courteous and spent even more time with the both of us.”

Shourie clarified that Sinha was present at neither meeting as he was out of town.

Shourie added: “We don’t know whether an FIR was filed on our complaint. There are rumours that all this happened after he wrote to the defence ministry for files related to our complaint. What we do know is that in the petition against his dismissal today (Wednesday), Mr. Verma has said that he was pushed out because of sensitive cases being investigated.”

In his plea before the top court, Verma has said: “The details of many cases which have led to the present circumstances are extremely sensitive and cannot with full responsibility be divulged in present pleadings.”