No one above law, says Bhupesh Baghel 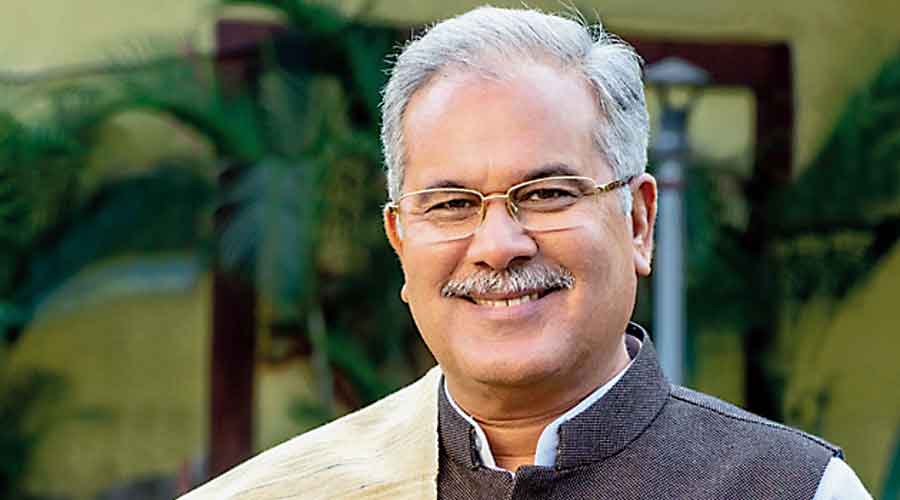 After a controversy erupted over the alleged remarks of his father, the chief minister said he was pained by such comments and asserted that nobody was above the law in his government and police will take an appropriate action in the matter.

The case was registered under Indian Penal Code Sections 153-A (promoting enmity between different groups on grounds of religion, race, place of birth, residence, language) and 505(1)(b) (with intent to cause, or likely to cause, fear or alarm to public, or to any section of public whereby any person may be induced to commit offence against the state or against public tranquility), he said.

The outfit in its complaint alleged that the CM's father recently appealed to people to boycott Brahmins by terming them as foreigners, and also asked people to not let them enter their villages, the official said.

It also accused Nand Kumar Baghel of asking people to "evict" Brahmins out of the country, he said.

In the past also, the CM's father had allegedly made derogatory comments against Lord Ram, the official said quoting the complaint.

The outfit also said a video of the purported comments of the CM's father was available on social media platforms, the official added.

According to police, Nand Kumar Baghel reportedly made the remarks while addressing an event in Uttar Pradesh recently.

Meanwhile, Chief Minister Bhupesh Baghel in a statement said his father's comments have come to his notice and he is pained by it.

The remarks made by my father Nand Kumar Baghel against a specific class have come to my attention. The comments have hurt the sentiments of the class as well as social harmony and I am also pained by it, the CM was quoted as saying in a release issued by the state public relations department.

The CM also said that through social media and other platforms, he has learnt it is being said that action against Nand Kumar Baghel will not be taken because he is father of the chief minister. "Every person is equal before my government, he said.

Everyone knows about my ideological differences with my father. Our political thoughts and beliefs are very much different. I respect him as his son, but as the CM, I cannot forgive him for such mistakes which disturb the public order," he added.

"Nobody is above the law in my government even if he is the chief minister's 86-year-old father," the CM said, adding that an appropriate legal action will be ensured by police in this regard.

He said the Chhattisgarh government respects every religion, caste and community and their sentiments, and gives equal importance to everyone.

"It is our duty to protect the dignity and constitutional rights of everyone. Law is supreme for us," the chief minister asserted.