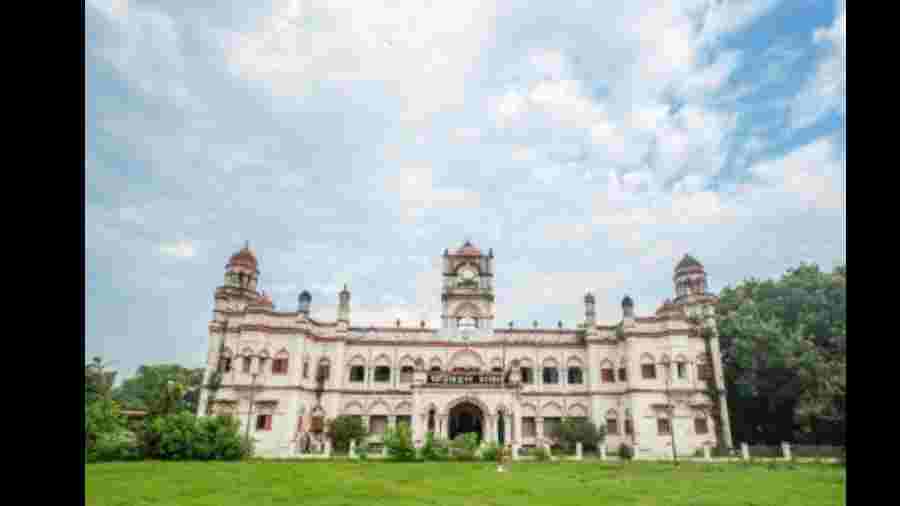 The Nitish Kumar government recently announced that the state cabinet had given its nod to build three five-star hotels in Patna.
Twitter
PTI   |   New Delhi   |   Published 21.07.22, 01:47 AM

A university-based centre that celebrates historical houses, heritage hotel staff and cultural enthusiasts have appealed to the Bihar government to not demolish the century-old Sultan Palace in Patna, saying the move will squander away a “priceless treasure” and “denude the rich architectural fabric” of the city.

July 19 marked Palace Day, which under the patronage of the Network of European Royal Residences sought to celebrate the common heritage, and gave owners of such properties a platform to share their history and stories with a wider audience, leveraging the reach of social media.

Centre for Historic Houses (CHH), part of a leading private university in India, issued a fervent appeal to the authorities to preserve and restore the 1922-built palace in the heart of the Bihar capital, saying the very thought of demolition is “beyond numbing”.

“We brought Palace Day to India in 2020 and Sultan Palace was celebrated on social media through our platform. It is distressing to learn that the government has proposed to demolish it for constructing a high-rise glass and concrete five-star hotel. Sultan Palace is a priceless treasure, and it should be preserved not just for attracting tourists, but for everyone. And, locals must enjoy it equally,” Esther Schmidt, director of CHH at the OP Jindal Global University in Sonipat, told PTI.

Schmidt said she is currently in Udaipur, along with a CHH colleague and four Oxford University students, who are in India as part of an internship programme offered by the Centre.

The Nitish Kumar government recently announced that the state cabinet had given its nod to build three five-star hotels in Patna, including one at the site of the 100-year-old Sultan Palace.

The palace, located on the historic Gardiner Road (now Beer Chand Patel Road), was built in 1922 by the legendary barrister of Patna, Sir Sultan Ahmed, who also briefly served as a judge in the Patna High Court and as the first Indian vice-chancellor of the Patna University from 1923 to 1930.

The Bihar government’s proposal to demolish the historic palace has shocked historians, conservationists and ordinary citizens too, who have vehemently opposed the decision and appealed for preserving and restoring the “architectural icon” instead of razing it.

On Tuesday, some of the staffers of luxury heritage hotels described the move as “unwise” and “myopic”.

Vinu Vijayan, who works at Taj Nadesar Palace in Varanasi, said: “Guests come from far off to such palatial hotels, like ours, to experience first-hand and see and touch heritage and history gone by. By demolishing a 100-year-old palace and erecting a modern building, how can that unique experience be offered.”

These iconic buildings, whether used as hotels or even government offices or for other purposes, “lend a sense of character” to any city. Sultan Palace, similarly, is part of the very essence of Patna, and its demolition will “denude the rich architectural fabric” of the city, he said.

As the decision on Sultan Palace was made public in June, protests erupted on social media, with many citizens calling it “absolutely shocking” and “a hare-brained decision” even as some of them had cited the Bihar government’s earlier decision, taken a few years ago, to convert the palace into a “heritage hotel” and asked why has it discarded the widely-reported old plan.

Delhi-based Aastha Khanna, a history and architecture enthusiast, asked, “Who in their right minds will approve the demolition of a palace of this unparalleled beauty?”

“Wherever I travel to, I try to stay in a heritage property. I really want to see Patna as a historic city, but I keep hearing and reading that one by one heritage buildings are disappearing, being erased in the name of development, the latest case being the Patna Collectorate. If tomorrow, I find out that there is no heritage hotel in Patna, I may not choose Patna on my itinerary,” she said.

Khanna, who recently had travelled to Bangalore Palace and Mysore Palace, said, what separates one city from another is its historic fabric, otherwise glass and concrete “homogenise their characters”.

Scholars from India and abroad, and activists from different parts of the country had recently also appealed to the government to not demolish the Sultan Palace, one of the last surviving palaces in Patna, and instead convert it into a heritage five-star hotel, which would only enhance its value and attract more tourists.