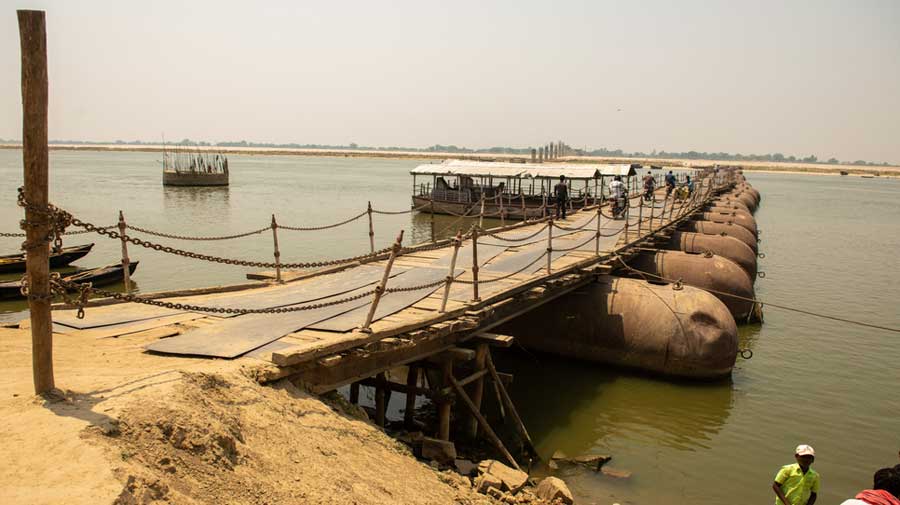 Slamming the Bihar government for leaving unutilised a major portion of the funds sanctioned for strengthening the sewerage system in Patna, under the Centre's 'Namami Gange' programme, the Comptroller and Auditor General (CAG) said the project was running behind schedule.

As much as Rs 683 crore, meant to be used under the scheme in a span of four years, was left untouched by the Bihar State Ganga River Conservation and Programme Management Society (BGCMS), according to a CAG report that was recently tabled in the Bihar Assembly.

"Audit observed that only 16 to 50 per cent funds were being utilised (annually) during the period 2016-17 to 2019-20. The National Mission for Clean Ganga (NMCG) without ensuring the utilisation of previous installments released funds for next installments and as a result a huge fund of Rs 683.10 remained parked in the savings bank account of BGCMS," the report said.

It also pointed out that the drainage system of Patna, the second largest urban centre in eastern India after Kolkata, was laid about 200 years ago and was in bad shape at present.

Reacting to the CAG report, Shambhunath Pandey, the convenor (south Bihar) of Ganga Samagra -- an organisation that creates awareness among masses about the importance of cleaning Ganga -- said, "The river along with her many tributaries has been the source of physical and spiritual sustenance of the Indian civilization. Her well-being is of prime national concern. The matter should be taken up seriously."

Despite repeated attempts, Tarkishore Prasad, Bihar deputy chief minister who also holds the portfolio of Urban Development and Housing, was not available for his comment.

BUIDCO managing director Dharmendra Singh, on his part, said, "I have not received the CAG report so far. But we will soon complete the construction and strengthening work."