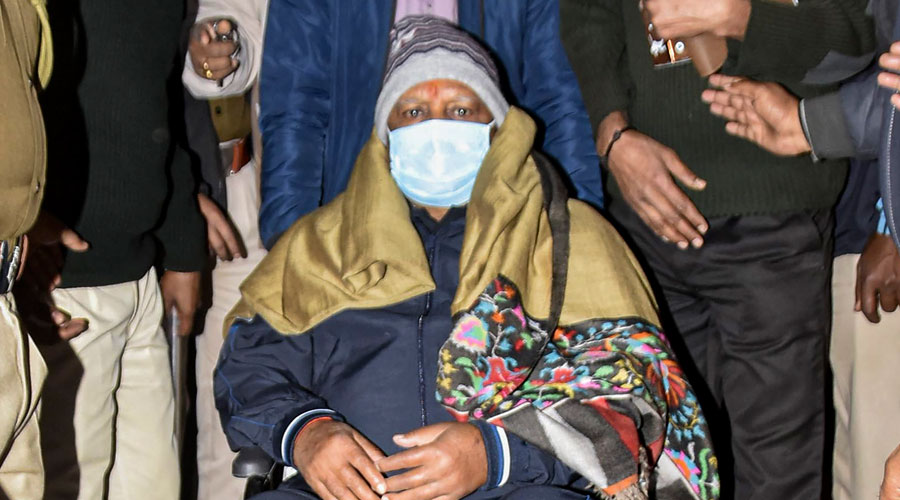 RJD chief Lalu Prasad was flown to AIIMS, New Delhi, in a chartered flight on Saturday evening after he complained of breathing discomfort caused by pneumonia.

Lalu, the former Bihar chief minister who is serving a jail term in fodder scam cases, had been receiving treatment at the Rajendra Institute of Medical Science (RIMS) in Ranchi. After a medical team advised better care, the 72-year-old leader was flown to Delhi around 6pm, Jharkhand inspector-general of prisons Birendra Bhusan told The Telegraph.

“It was on the recommendation of the eight-member medical team that we decided to shift him for better treatment to AIIMS, Delhi. He was flown to Delhi in a chartered plane, accompanied by a doctor from RIMS. Medical experts at Ranchi expect him to recover in a fortnight,” Bhusan said.

Sources at RIMS, where Lalu had been undergoing treatment for more than a year, said the leader had been suffering from a kidney ailment and diabetes, and his health worsened on Friday when a bout of pneumonia caused breathing discomfort.

“We constituted a medical team and decided to recommend that he be shifted to AIMS in Delhi for better treatment considering his comorbidities and age. We have sent a senior doctor from the medicine unit with him. He will accompany Lalu Prasad till his admission at AIIMS,” said RIMS director Dr Kameshwar Prasad.

Lalu had been receiving treatment at Ranchi’s Birsa Munda central jail since December 2017 after his conviction in the multi-crore fodder scam. He had been shifted to RIMS in 2018.

Tejashwi, the leader of the Opposition in the Bihar Assembly, had on Friday told the media that his father’s condition was serious. He met Jharkhand chief minister Hemant Soren on Saturday with the request of facilitating better treatment in Delhi.