The petitioner has got in touch with several such migrant workers and has learnt that there are some 56,000 labourers who still want to travel back to their native states 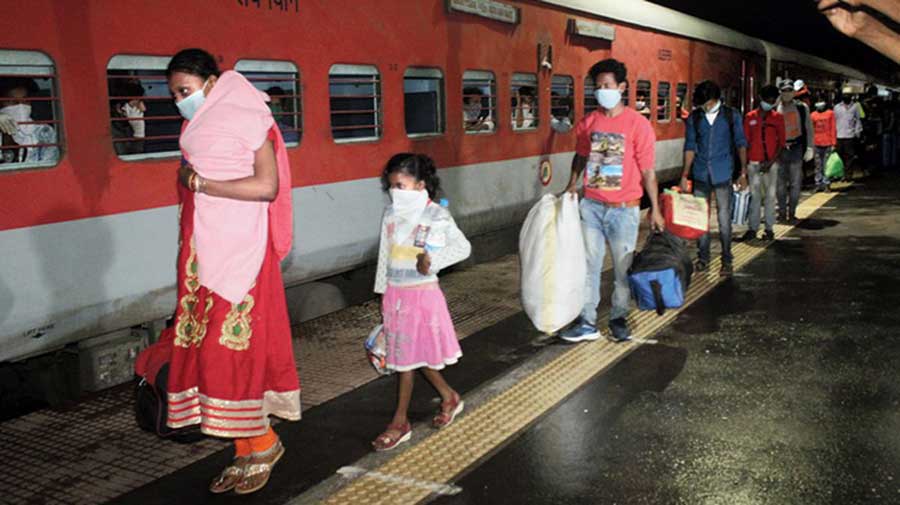 Bombay High Court on Tuesday said the migrant crisis had not been handled properly in Bengal amid the pandemic and noted that the government had at one point refused to permit stranded workers to return.

A division bench of Chief Justice Dipankar Datta and Justice Anuja Prabhudessai made the observation while hearing a petition filed by the Centre of Indian Trade Unions, a Mumbai-based trade union body, raising concerns over the plight of migrant workers stranded in Maharashtra in the wake of the coronavirus-induced lockdown.

According to the petitioner, the process laid down by the Maharashtra government wherein migrant workers have to register themselves to travel by Shramik Special trains to their native states was cumbersome and should be simplified.

The government last month told the court that presently there are no demands for Shramik Special trains.

Senior counsel Gayatri Singh, appearing for the petitioner, on Tuesday told the court that the government’s submission that there were no stranded migrants who desire to go back to their native states was “incorrect”.

The petitioner has got in touch with several such migrant workers and has learnt that there are some 56,000 labourers who still want to travel back to their native states, Singh said, adding many of these labourers are from Bengal.

The court, however, asked how could it accept this? “Do you know the situation in Bengal? The government there at one point did not even permit migrant labourers to return... we do not want to say anything against anyone but the situation there was not handled properly,” Chief Justice Datta said.

He also gave an example of 30 labourers stranded in Maharashtra’s Ratnagiri district who had arranged a bus on their own and travelled to Bengal a few months back.

“Each and every migrant labourer is not banking upon the state government. Many are making their own arrangements to travel back to their native states,” the court said.

Advocate general Ashutosh Kumbhakoni, appearing for the Maharashtra government, on Tuesday told the court that a similar matter pertaining to the issue of migrant workers was pending before the Supreme Court.

The high court, after perusing the order passed by the Supreme Court on July 9, noted that it was specific to Maharashtra.

“The Supreme Court, in its order dated July 9, 2020, expressed its displeasure at the state governments’ reluctance to find out if there are migrants stranded in Maharashtra and were ready to leave for their native states. The apex court sought Maharashtra government’s response and has listed the matter for further hearing on July 17,” the high court said.

The bench posted the petition for hearing in the first week of August.