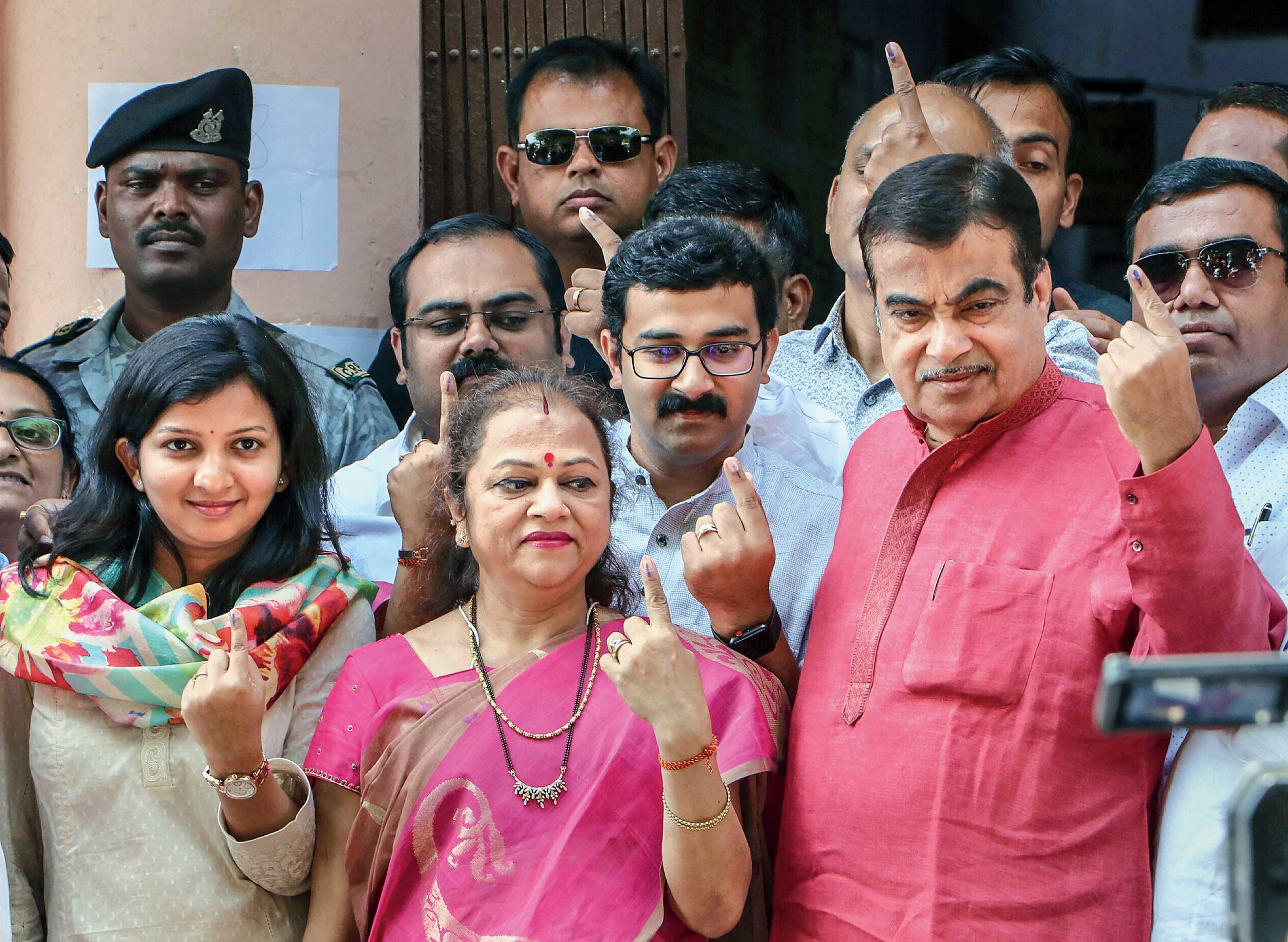 The BJP appeared to have a battle on its hands after polling in eight constituencies of western Uttar Pradesh, according to feedback received by the party’s election managers on the first phase of voting on 91 Lok Sabha seats across 20 states and Union Territories.

Western Uttar Pradesh is a bellwether region that had set the tone for a Modi wave in 2014 in the country’s largest state and propelled the party to power.

As reports from the ground trickled in, the BJP’s poll minders in Delhi kept their fingers crossed as they tried to estimate the extent of the damage caused by the formidable Mayawati (BSP)-Akhilesh Yadav (Samajwadi Party)-Ajit Singh (RLD) grand alliance, fervently hoping the Narendra Modi magic demolishes the caste arithmetic of the regional satraps. 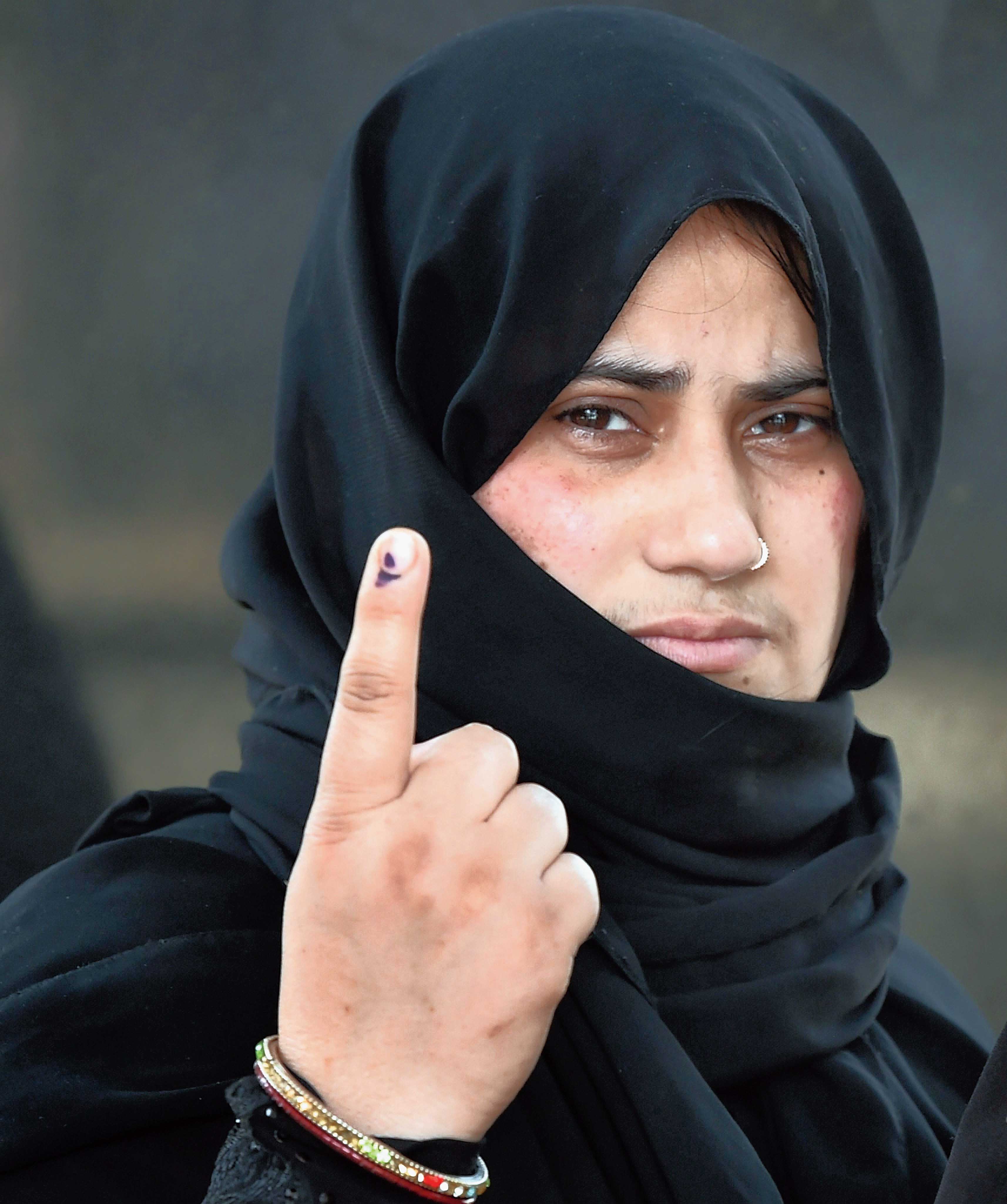 A woman in Dadri, Uttar Pradesh, shows her ink-marked finger at a polling station. Dadri is part of Gautam Buddh Nagar constituency.
(PTI)

Polling in 2014, like this time, had kicked off from western Uttar Pradesh and set the tone for the rest of the heartland state, leading to the victory of the BJP in 71 of the 80 Lok Sabha constituencies. Two more seats were bagged by BJP ally Apna Dal. The tally of 71 had helped the BJP bag 282 Lok Sabha seats, a single-party majority after 30 years.

Internally, party leaders feared significant losses on the eight seats where polling took place on Thursday. “If the alliance arithmetic works we could lose up to five of the eight seats,” one BJP leader said.

If the fear proves true then it would be a major loss as the BJP had won all these eight constituencies in 2014. It, however, lost the Kairana seat in a bypoll last year to the RLD.

The seats where the BJP apprehends a tough fight are Baghpat, Kairana, Muzaffarnagar, Gautam Buddh Nagar (popularly Noida) and Meerut. The party expects an easier run in Ghaziabad, Saharanpur and Bijnor.

BJP leaders said that on most of the eight seats, the Muslim-Jatav (Dalit) vote combination added to the Jats crossed 50 per cent for the Opposition alliance, which would be difficult for the party to beat despite a strong pro-Modi narrative. The BJP is banking on a sharp division of the Jat votes but party managers were busy figuring out if that would be enough. 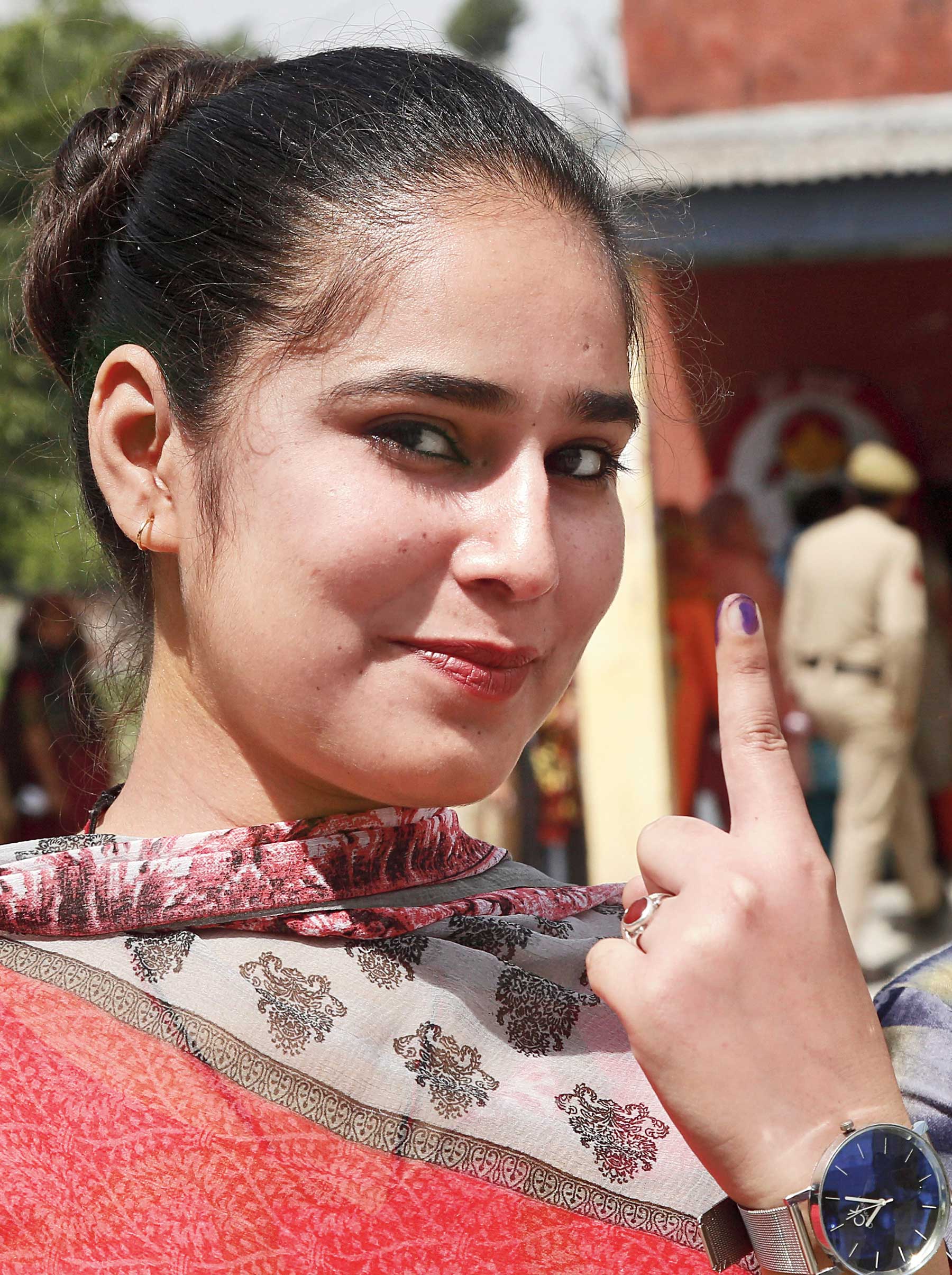 A first-time voter at Nagrota in Jammu on Thursday.
(PTI)

Going by previous trends, however, what transpires in western Uttar Pradesh in the first phase sets the tone and travels towards the central and finally the eastern parts of the state where polling will take place in the last phase on May 19. The west to east voting trend was apparent in 2014 and in the 2017 Assembly polls.

“But if this trend continues in the rest of the state, then we could suffer major losses in Uttar Pradesh,” one BJP leader said.

Internal assessments of the party carried out a month or so earlier had shown that the BJP would manage to win up to 50 of the 80 seats in Uttar Pradesh due to the sudden surge in Modi’s popularity after the Balakot air strikes. Closer to the polls, however, party leaders said the impact of the strikes had dissipated to a great extent and caste loyalties could dominate. 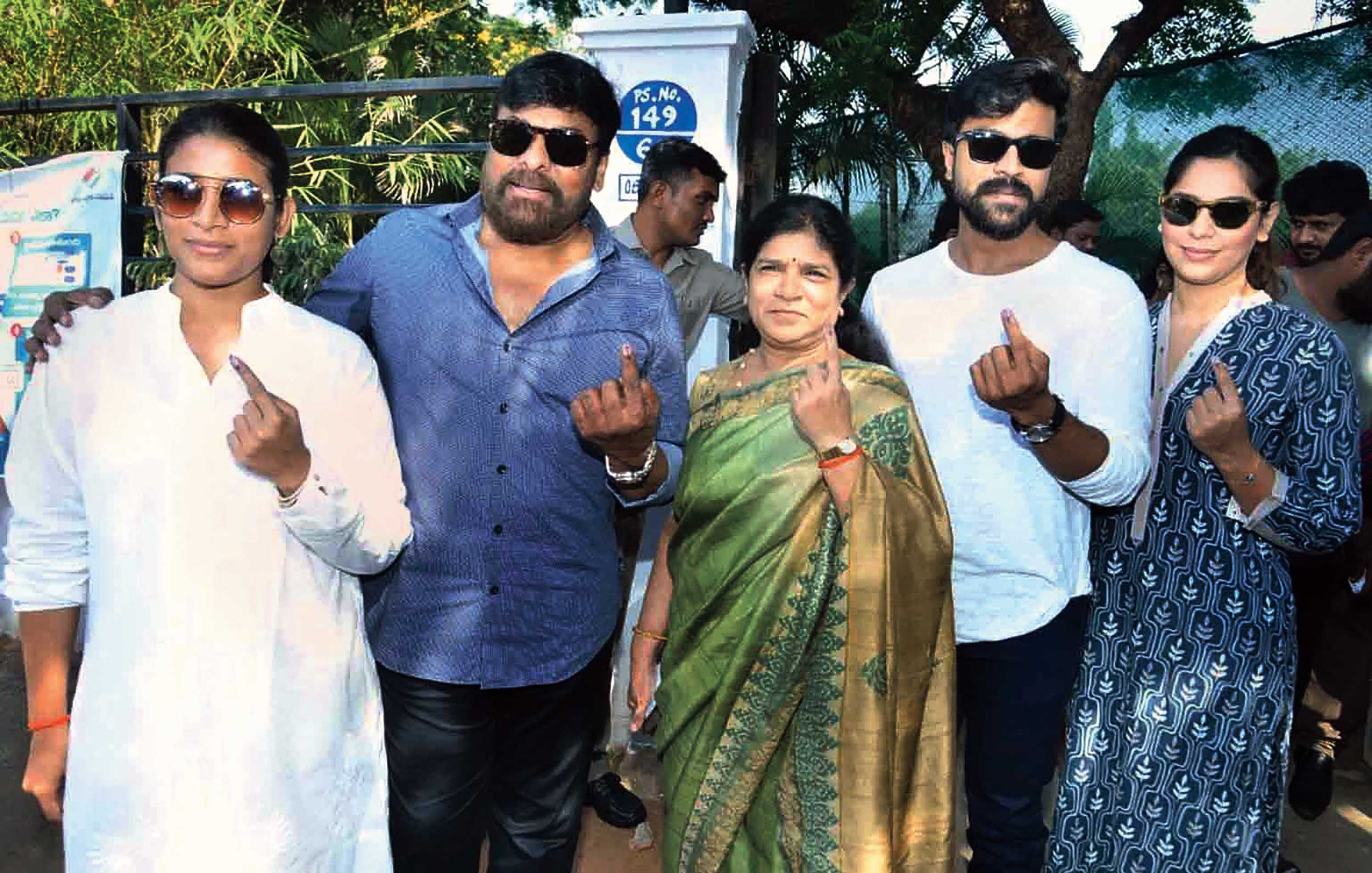 Telugu film star Chiranjeevi (second from left) and his family members after casting their votes at Jubilee Hills in Hyderabad on Thursday.
(PTI)

This, these leaders pointed out, was different from 2014, when apart from a strong pro-Modi current, there were other factors that aided the BJP. For example, the Opposition then was scattered and communal passions in the backdrop of the 2013 Muzaffarnagar riots powered the BJP’s surge.

With the Congress fielding its own candidates against the BSP-SP-RLD alliance nominees this time, the BJP had hoped it would split the Muslim votes and aid the party. Micro assessments, however, have shown that while the Congress candidates indeed were helping the BJP on some seats, equally their upper caste nominees were damaging the BJP by eating into its support base.