Citing excerpts of the book, the BJP alleges the grand old party-led UPA government put the national security at stake by not responding strongly after the attacks 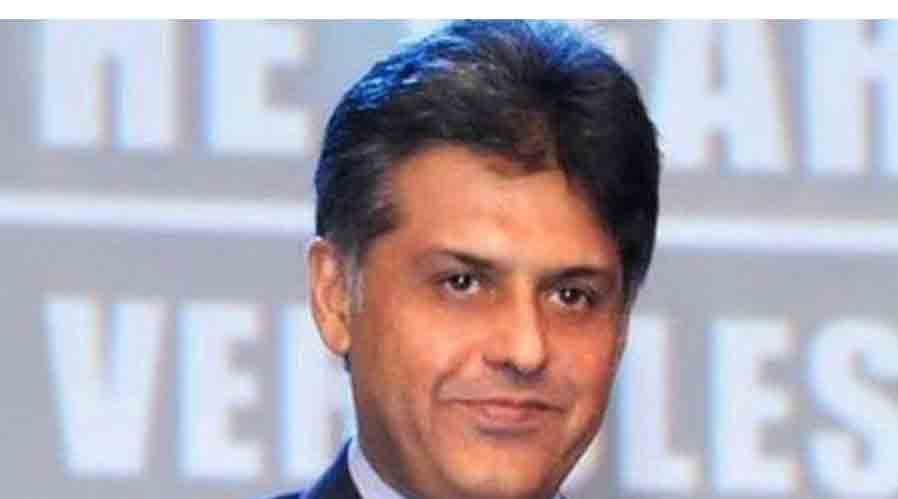 Congress leader Manish Tewari has in his latest book criticised the UPA government for its response to the 26/11 Mumbai terror strikes, saying restraint is not a sign of strength and that India should have taken kinetic action following the attack.

Citing excerpts of the book, the BJP on Tuesday alleged that the grand old party-led UPA government put the national security at stake by not responding strongly after the Mumbai terror attacks. Addressing a press conference at the party headquarters, BJP spokesperson Gaurav Bhatia said this confirms that the UPA government was "useless".

In the book 10 Flashpoints: 20 years that is set to be released on December 2, the former union minister has looked back at the security situations that have impacted India in the last two decades.

Tewari is a member of the 'Group of 23' leaders who had written to Sonia Gandhi seeking organisational overhaul and elections for every post in the Congress party.

"Happy to announce that my Fourth Book will be in the market shortly - 10 Flash Points; 20 Years - National Security Situations that Impacted India. The book objectively delves into every salient National Security Challenge India has faced in the past two decades," Tewari said in a tweet while announcing the launch of his book.

He has dissected the responses both in terms of success and failures and examined the tools and processes of Indian statecraft in terms of both diplomacy and intelligence.

"For a state that has no compunctions in brutally slaughtering hundreds of innocent people, restraint is not a sign of strength; it is perceived as a symbol of weakness," he said in his book.

"There comes a time when actions must speak louder than words. 26/11 was one such time when it just should have been done. It, therefore, is my considered opinion that India should have actioned a kinetic response in the days following India's 9/11," he said.

The nation would observe the 13th anniversary of 26/11 Mumbai terror attacks this week.

Tewari has also hit out at the Modi government, alleging that the scrapping of the Mountain Strike Corps is the "greatest disservice" that this government did to India's national security.

The former minister said in July 2018, the defence and finance ministers of the subsequent Modi-led government shelved all the plans of raising the Mountain Strike Corps against China citing financial constraints.

"Scrapping the Mountain Strike Corps is perhaps the greatest disservice that this government did to India's national security," Tewari said.

He also said while the triumphant Taliban claim that just as the fighting and fiercely independent people of Afghanistan had vanquished the Soviet Union, a superpower in the penultimate decade of the 20th century, it had similarly defeated the only remaining hyper-power, the US, in the second decade of the 21st century through guile, cunning and military tactics.

It would have profound consequences on Pax Americana and the US's reliability qua its allies around the world, he noted.

The Congress leader said the implication of such an assertion and the unfolding situation in Afghanistan is that it would give a huge fillip to all kinds of militant and terrorist organisations in West and South Asia from the lslamic State-Daesh and al-Qaeda to the LeT and JeM respectively.

"Both radicalism and extremism would be exacerbated.This will have implications on the security situation in Jammu and Kashmir and the other north-western border states also," he noted.

As many as 166 people were killed in the Mumbai terror attacks carried out by 10 Pakistani terrorists at different places in the city. The attacks began on November 26, 2008, and went on till November 29.

Ajmal Kasab, the only terrorist who was captured alive, was hanged four years later on November 21, 2012.