Jammu and Kashmir BJP president Ravinder Raina has caused embarrassment to his party by claiming that the leadership was against the continuation of N.N. Vohra as governor and that incumbent Satya Pal Malik was the party's own man. 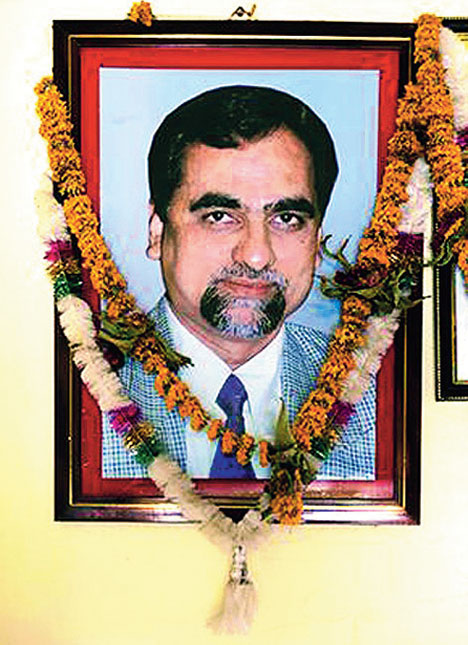 Srinagar: Jammu and Kashmir BJP president Ravinder Raina has caused embarrassment to his party by claiming that the leadership was against the continuation of N.N. Vohra as governor and that incumbent Satya Pal Malik was the party's own man.

Vohra was replaced last week by Malik, a former BJP leader said to be close to party chief Amit Shah, sparking fears in the Valley that he was appointed to fulfil the BJP's agenda in the state.

Malik, 71, a former lawmaker and the BJP's national vice-president, was sworn in as the 13th governor of Jammu and Kashmir on Thursday, ending the five-decade-long practice of retired bureaucrats being appointed to the post.

An amateur video shows Raina boasting before his party legislators that he was behind the change of guard in the state.

"What did I tell you four days back?" Raina is heard telling his colleagues before answering the question himself: "A new governor has come. We didn't want Vohra here. He used to do things on his own. Now a governor has come, he is our man."

After the video went viral, Raina tried to undo the damage by claiming that what he meant was that Malik was a "people's governor". The explanation, however, did little to calm tempers.

PDP general secretary Ghulam Nabi Lone Hanjura said the state BJP chief's comments about the new governor were "unprecedented, uncalled for and unnatural to the core". He said Raina had not only undermined the constitutional authority of the state but also tried to belittle the office of the governor.

"We are of the firm and unshakeable belief that the governor's office is impartial and functions sans any prejudice or partiality for the people and for their welfare," Lone said.

The PDP leader claimed that Raina had shaken the trust the people of the state repose in such vital institutions.

"Our party hopes that the new governor will prove the state BJP chief wrong and his office will work towards the betterment of the state while ensuring equitable growth and development in all the three regions of Jammu and Kashmir," Lone said.

The governor's office did not react to Raina's remarks.