Many Congress leaders abstain; Opposition manages 99 votes only, eight less than what it did in Speaker's election 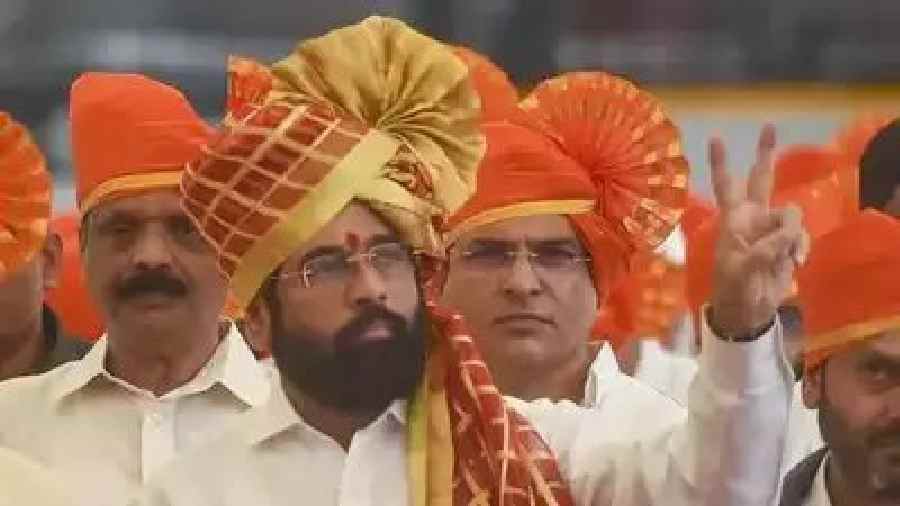 Maharashtra Chief Minister Eknath Shinde proved his government's majority in the Assembly on Monday as was expected, ending two weeks of political crisis triggered by his surprise defection and with a bunch of MLAs that eventually brought down Uddhav Thackeray's coalition government with the backing of the BJP.

While the Shinde camp received 164 votes, the Opposition got 99, eight less than the votes it got (107) in Sunday's election for the Speaker, reports PTI. The highlight of the day's process, which was always expected to go favour of the Shinde group, was the abstentions by a number of leaders, including that of Maha Vikas Aghadi (MVA) constituent, Congress. While one switched to the Shinde camp, several MLAs did not show up for the vote.

Congress' Vijay Wadettiwar, Zeeshan Siddiqui and Dheeraj Deshmukh did not show up and former Chief Minister Ashok Chavan reached the Assembly after the vote, reports ndtv.com.  NCP's Sangram Jagtap was missing too. All four were present on Sunday. Samajwadi Party's Abu Azmi and Rais Shaikh, and AIMIM's Shah Farukh Anwar abstained from voting.

The test of strength came a day after BJP's Rahul Narwekar was elected Speaker -- a significant move in view of the Sena's pending legal appeal to disqualify 16 rebel MLAs, including the new Chief Minister.

Narvekar also recognised the appointment of Bharat Gogawale from the Shinde camp as the chief whip of the Sena, removing Sunil Prabhu, who belongs to the Thackeray faction.

In a statement late Sunday night, Narvekar said the Maharashtra Legislature secretariat had received a letter from the Shinde-led group on June 22 objecting to his removal by Thackeray as the group leader of the Shiv Sena legislature party.

After discussing the legalities of the matter, the Speaker has rejected the appointment of Sena MLA Ajay Chaudhary as the group leader of the legislative unit of the party, a letter by Narvekar said.

Eknath Shinde's rebellion - which erupted on the night of June 20 -- had whittled down the numbers of the Uddhav Thackeray faction. On Wednesday, Mr Thackeray stepped down from the top post after the Supreme Court said he had to prove a majority on the floor of the House, as ordered by the Governor.

A day later, Shinde was named the Chief Minister in a shock announcement by the BJP's Devendra Fadnavis. Later in the evening, in another twist to the tale, Fadnavis -- a former Chief Minister of Maharashtra -- signed up as Shinde's Deputy following pressure from the BJP top brass.