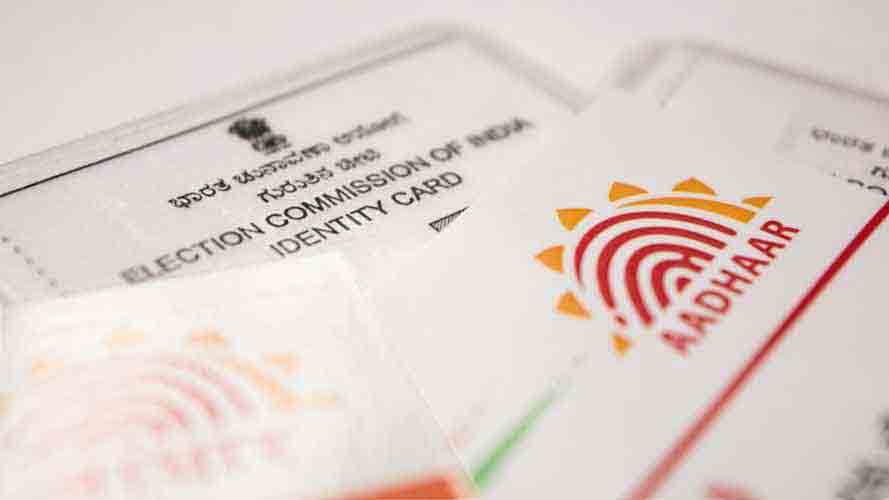 The bill that provides for Aadhaar-linking of electoral rolls was passed by a voice vote in the Rajya Sabha on Tuesday amid a walkout by the Opposition against the haste with which the government was pushing the legislation through without debate.

Trinamul Rajya Sabha leader Derek O’Brien was suspended from the House for the rest of the session after he flung the rulebook towards the Chair in protest against the passage of the Election Laws Amendment Bill. O’Brien threw the rulebook after much of the Opposition had walked out and voting on the bill was on.

In the Lok Sabha, the bill had been introduced in the pre-lunch session on Monday and passed after lunch, overriding protests.

With O’Brien’s suspension, the total number of suspended members in the Upper House this session has gone up to 13 although his stint under punishment will be short as the House could be adjourned sine die as early as Wednesday.

If not, the session is in any case scheduled to conclude on Thursday.

The motion to suspend O’Brien was moved by the government in the evening and passed unanimously as the Opposition was not present at that point.

“The last time I got suspended from RS was when govt. was BULLDOZING #FarmLaws. We all know what happened after that. Today, suspended while protesting against BJP making a mockery of #Parliament and BULLDOZING #ElectionLawsBill2021. Hope this Bill too will be repealed soon,” O’Brien tweeted immediately after his suspension.

The last time I got suspended from RS was when govt. was BULLDOZING #FarmLaws

We all know what happened after that.

Today, suspended while protesting against BJP making a mockery of #Parliament and BULLDOZING #ElectionLawsBill2021

Hope this Bill too will be repealed soon

Earlier, the Opposition had protested the haste with which the government was moving ahead with the contentious Election Laws Amendment Bill without giving them enough time to submit resolutions. At least five Opposition members had still submitted notices for referring the bill to a select committee but with 12 of their ranks already suspended and many absentees, they did not stand a chance.

The Treasury benches insisted that the matter had been discussed in parliamentary committees in the past and several parties in the Opposition had even favoured the most contentious part of the bill — linking the electoral rolls to the Aadhaar ecosystem. The Opposition’s contention is that the bill under consideration has never been scrutinised by a parliamentary panel and, therefore, needs to be referred to one.

Even among the parties that had supported the bill, there were reservations regarding the linking of electoral rolls with Aadhaar.

Venkataramana Rao Mopidevi of the YSR Congress questioned the logic behind linking the Aadhaar and electoral databases to ensure error-free poll rolls by preventing duplicate entries as Aadhaar can be obtained by non-citizens also.

Further, he pointed out that there are numerous reports of fake or duplicate Aadhaar cards.

Since the bill does not specify what constitutes “sufficient cause” to allow a person to remain on the electoral rolls even if unable to provide an Aadhaar number, Mopidevi said that instead of giving the Centre the power to decide on this, the rules should be framed by Parliament.

BJD parliamentarian Sujeet Kumar pointed out that the insistence on Aadhaar — while plugging leaks in welfare programmes — had also resulted in a large number of exclusions. “Why should we not be concerned that this will also happen in this case as well?” he asked, flagging the fear of disenfranchisement of marginal sections of society as a result of linking electoral rolls with the Aadhaar ecosystem.