A PIL filed before the division bench of Chief Justice alleged while rest of the states had already completed the linking process, Bengal had finished just 62% of the job 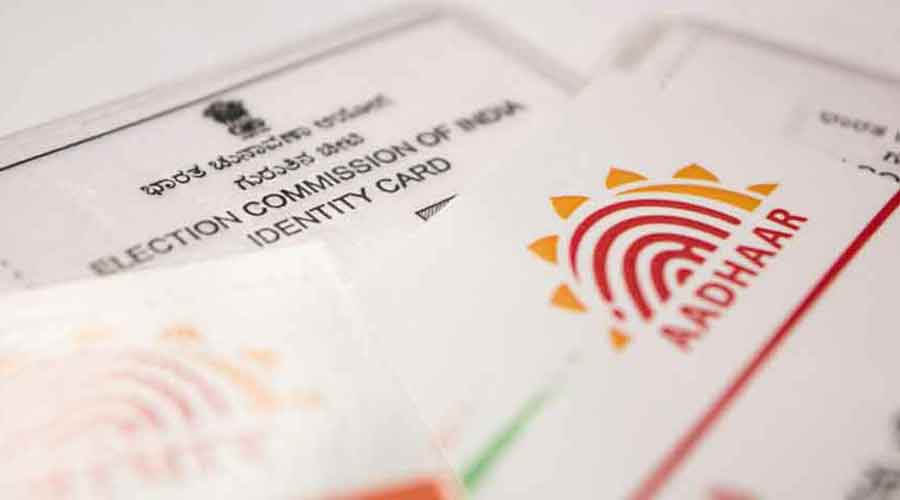 The state government on Tuesday informed Calcutta High Court that even though the Centre had fixed November 30 as the last date for linking ration cards with Aadhaar cards, the people of Bengal would get the benefit of completing the process even after the deadline.

A PIL filed before the division bench of Chief Justice Prakash Srivastava alleged while rest of the states had already completed the linking process, Bengal had finished just 62 per cent of the job. The petitioner claimed it was impossible for Bengal to complete the job by November 30.

But the counsel appearing for the state informed the court that the linking job in other states had started in 2017 but because of lack of proper assistance from the Centre, in Bengal, the process took off in 2020.

The State Election Commission on Tuesday filed an affidavit in the high court, saying because of lack of enough EVMs, holding elections to 114 municipal bodies in a single phase was impossible. The state government filed a similar affidavit on Monday.

The BJP had moved the court demanding holding of civic polls at one go.

The commission also said in the affidavit that it would like to hold polls in Calcutta and Howrah on December 19. The hearing of the petition seeking election on one day has been fixed for Wednesday.