Legislation tabled amid Opposition din over infringement of fundamental rights 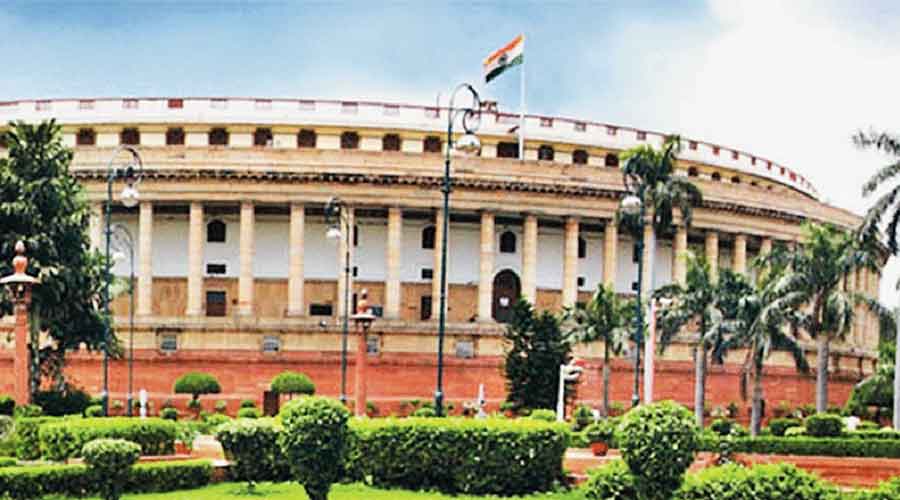 The Election Laws (Amendment) Bill, 2021, which seeks to link electoral rolls with the Aadhaar ecosystem to weed out duplication, was introduced in Lok Sabha on Monday.

However, Opposition parties led by Congress opposed the bill, saying it will infringe the fundamental rights of citizens. They also alleged that the bill will violate the Supreme Court judgement on Aadhaar.

The bill seeks to allow electoral registration officers to seek the Aadhaar number of people who want to register as voters "for the purpose of establishing the identity".

Rajendra Agarwal, who was in the chair, accepted the introduction of the bill after taking voice votes.

As Opposition protests over various issues, including on the Lakhimpur Kheri incident, continued, Agarwal adjourned the House till 2 pm.

Earlier, when the House met after the weekend break at 11 am, opposition members stormed into the Well and began protesting. Lok Sabha Speaker Om Birla urged members to maintain decorum and go back to their seats.

As the members refused to relent, the Speaker adjourned the House till noon after taking up a few questions.