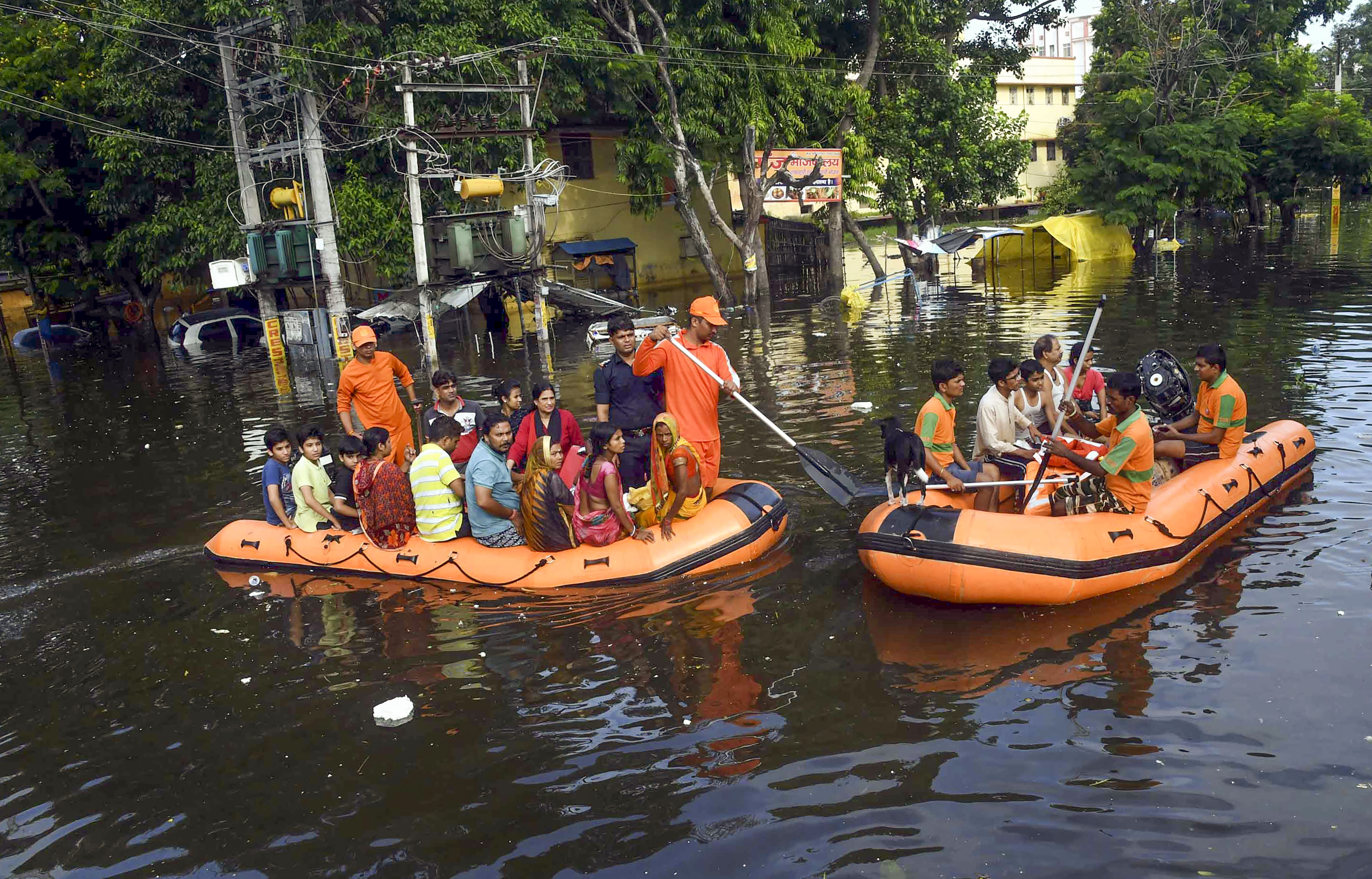 At least 42 people have died in rain-related incidents in Bihar following a torrential spell that took place between September 27 and 30, authorities said.

The state continued to trudge towards normalcy on Wednesday with intensified rescue and relief operations and water being pumped out of submerged localities.

With a let up in the showers since Monday, restoration work was on in full swing.

According to a release issued by the state disaster management department, 42 casualties have been reported so far from the districts affected by the heavy rainfall, though a district-wise break-up was not yet available.

The release put the total number of people affected by the devastating spell at 17.09 lakh.

The districts hit by the disaster were Patna, Bhojpur, Bhagalpur, Khagaria, Samastipur, Begusarai, Lakhisarai and Vaishali situated on either side of the Ganga besides Arwal, Nawada and Nalanda in the Magadh region and Darbhanga and Katihar in the Mithila area.

The state capital, which has been among the worst-affected, was pounded by 342.5 mm of rainfall during the period as against the state average of 255 mm, the release said.

With restoration work being undertaken on a war-footing, all the sump houses were working at 'full capacity' while three heavy-duty pumps have been brought in from Bilaspur to speedily flush out water from inundated areas of the city.

The chief minister waded through waterlogged streets with his pyjamas folded up to knees, supervising rescue and rehabilitation work.

'All possible efforts are being made. We urge people to have patience. The worst affected localities like Rajendra Nagar and Kankarbagh are in low-lying areas and hence vulnerable to water-logging. It was after a long time that the city was lashed by a torrent of this magnitude. Hence, this problem,' he told reporters who had gathered at one of the spots.

When some of the journalists persisted with queries, the chief minister snapped, 'You are talking as if Patna has been the only place which has suffered on account of heavy rain. What happened in Mumbai and America when these places were battered by similar downpour?'

According to the disaster management department, six teams of the NDRF and two of the SDRF have so far rescued more than 10,000 people stranded in localities where the water level was several feet deep. These included 31 pregnant women and 361 patients who were rushed to hospitals.

Waterlogging has also led to inundation of many power sub-stations forcing people to live without electricity for the past few days.

Accordingly, relief packets distributed by NDRF and SDRF and air-dropped by a couple of IAF helicopters contain matchsticks and candles in addition to edibles, ORS packets and medicines.

A fire had on Tuesday night erupted on account of short-circuit at a petrol pump in Nala Road drowned in waist-deep water and hence non-functional for the past few days.

Fire brigade had a tough time reaching the spot while it was pitch dark. The flames spreading like wild fire on account of petrol that apparently leaked from the pumps tanker and floated on the waters surface were doused after several hours of fire-fighting.