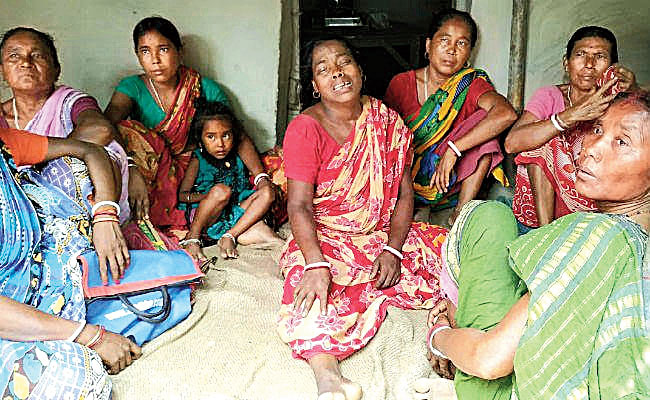 All the 15 people killed in Saturday’s pre-dawn wall collapse in Pune have been traced to Katihar district of Bihar, around 320km northeast of Patna.

Bihar government officials have traced 12 of them to three villages in the district, and are trying to locate the addresses of the remaining three victims.

The victims — construction labourers and their families — were sleeping in their shanties at the site of a housing project when the boundary wall of an adjoining residential complex collapsed amid relentless rain and buried them alive.

The news shocked the villages of Baghar, Baisbighi and Daliyan in Katihar into silence, which was soon replaced by wailing as people from the neighbourhood gathered to sympathise with the bereaved families.

A damaged car at the collapse site in Pune on Saturday.
(PTI)

Baghar was the worst hit, with two families losing four members each. Three of the dead were from Baisbighi and one from Daliyan.

Sita Devi, a relative of Bhima, said: “They used to come during Durga Puja and Holi. We had asked them not to migrate to another state but they went nevertheless in search of a better future.”

The Katihar administration is coordinating with officials in Pune to try and get the bodies back as soon as possible.

“We are going to fly the bodies home on an air ambulance,” Katihar deputy development commissioner Amit Kumar told The Telegraph.

Chief minister Nitish Kumar has declared an ex gratia of Rs 2 lakh each for the families of the dead and Rs 50,000 for each injured.