The camp was headed by the brother-in-law of Jaish chief Masood Azhar: Foreign secretary Vijay Gokhale 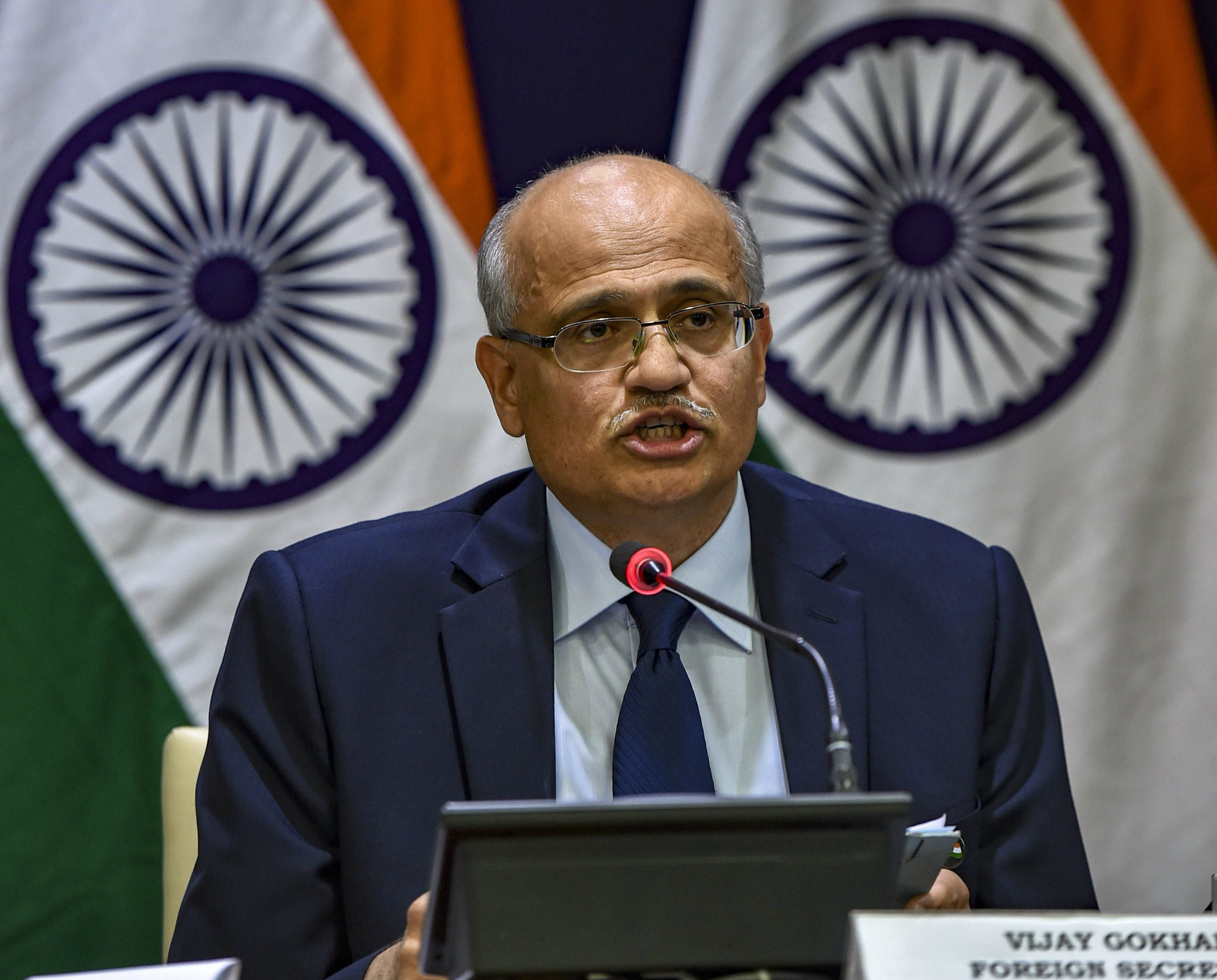 The Indian government said that in a 'non-military pre-emptive action', air force jets struck the 'biggest Jaish-e-Mohammad facility near Balakot in the early hours of Tuesday” while government sources were quoted as saying“300 suspected militants” were killed in the attack.

The pre-dawn airstrike, which comes as the country is gearing up for general elections, followed the February 14 suicide bomb attack that killed 40 CRPF personnel in Kashmir.

He said the air force hit Jaish's training camp in the Mansehra district of Khyber Pakhtunwa (KPK) because it had intelligence reports that more than 300 terrorists were being trained for imminent strikes in India.

'Large number of JeM terrorists, trainers, senior commanders were eliminated,' Gokhale said, adding that the camp was headed by Maulana Yusuf Azhar, alias Ustad Ghauri, the brother-in-law of Masood Azhar, the chief of the Jaish-e-Mohammad.

'The Government of India is firmly and resolutely committed to take all necessary measures to fight the menace of terrorism. Hence, this non-military pre-emptive action was specifically targeted at the Jaish-e-Mohammad camp,' he said.

He said this camp was targeted 'conditioned by our desire to avoid civilian casualties. The facility is located in thick forest, on a hill top, far away from any civilian presence'.

The military operation began at 3.30am with planes pounding camps in Balakot, Muzaffarabad and Chakoti, sources said.’

Pakistan Prime Minister Imran Khan said Pakistan would “respond at the time and place of its choosing” and told the armed forces and the public to “remain prepared for “all eventualities.”

Khan told a special meeting of the National Security Committee that “India has committed uncalled aggression, a Pakistani government tweet said. Foreign Minister Shah Mahmood Qureshi said India had violated the Line of Control and “Pakistan reserves the right to an appropriate response.” He also said “India should not dare challenge us.”

Prime Minister Narendra Modi chaired a high-level security meeting on the attack in New Delhi on Tuesday morning with Union ministers Nirmala Sitharaman and Arun Jaitley along with Gokhale in attendance.

Reacting to the strike, the European Union urged “maximum restraint” for India and Pakistan. Australia, meanwhile, issued a statement asking Pakistan to act against Jaish-e-Mohammad and other terror groups. “Pakistan must do everything possible to implement its own proscription of Jaish-e-Mohammad.

Major General Asif Ghafoor, director general of Pakistan’s Inter Service Public Relations of the Pakistan Armed Forces, said in a tweet that the Pakistan Air Force 'immediately scrambled' jets into the air to counter the strike. The Indian aircraft had 'intruded from Muzaffarabad sector' but 'facing timely and effective response from Pakistan Air Force released payload' -- military terminology for a warhead or bomb -- 'in haste while escaping,' he added.

There were 'no casualties or damage' from the attack which 'fell in open' terrain, he said. The Indian aircraft’s intrusion across the LoC in “the Muzaffarabad Sector within AJ&K was three-to-four miles”.

Balakot lies 50km from the LoC. India and Pakistan keep a no-fly zone on each side of the LoC to make sure no military accident occurs between the nuclear-armed neighbours.

Pakistan said the army and air force were planning a joint news conference.

After the terrorist bombing in Pulwana, Modi had declared the Indian Army could respond to the attack in 'the manner and time of their choosing'.

There has been heavy shelling and firing along the LoC in recent days while villages in border areas were reportedly told to be ready 'for any eventuality.'

The Pakistan armed forces posted photographs on Twitter of a muddy wooded area with craters that it said was where the Indian fighter jets had struck. ANI quoted Qureshi as saying “Pakistan will take international media to the area of strikes, helicopters are being readied, right now weather is bad, will fly when weather permits.

Two years ago in the wake of another big attack against Indian military forces, India said its soldiers staged a 'surgical strike' on suspected terrorist camps across the LoC but Pakistan dismissed India's claims that any serious damage had been caused.

Pakistan Senator Sherry Rehman called the Indian strike in a tweet “strategically ill-advised and tactically pointless,” adding such moves “only ratchet up tensions in a region bristling with anger”.