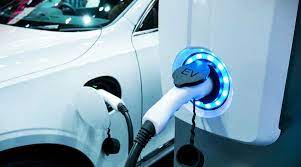 The Bhubaneswar Development Authority (BDA) has planned to develop a robust charging infrastructure across the city in order to promote the plying of more electric vehicles (EVs) in the Odisha capital.

At a virtual meeting held on Monday under the chairmanship of Sanjay Kumar Singh, Bhubaneswar Municipal Corporation (BMC) commissioner-cum-chief executive officer of Bhubaneswar Smart City and BDA vice-chairman, market leaders in EV infrastructure in India and other senior officials from various stakeholders deliberated on the need of setting up EV charging infrastructure.

The meeting discussed the EV charging stations to be built across the city to be used by the people and public transport vehicles in the near future. The priority on selection of locations will be given mainly to malls, public parking lots, hotels, residential complexes, workplaces and highways. The city is planning to add a fleet of electric buses to its public transport network.

During the meeting, different EV vehicle infrastructure adopted by other cities such as Delhi, Mumbai, Ahmedabad and Jaipur were discussed.