Tripathi had on Sunday summoned the chief secretary and police chief, asking them to resolve the situation immediately 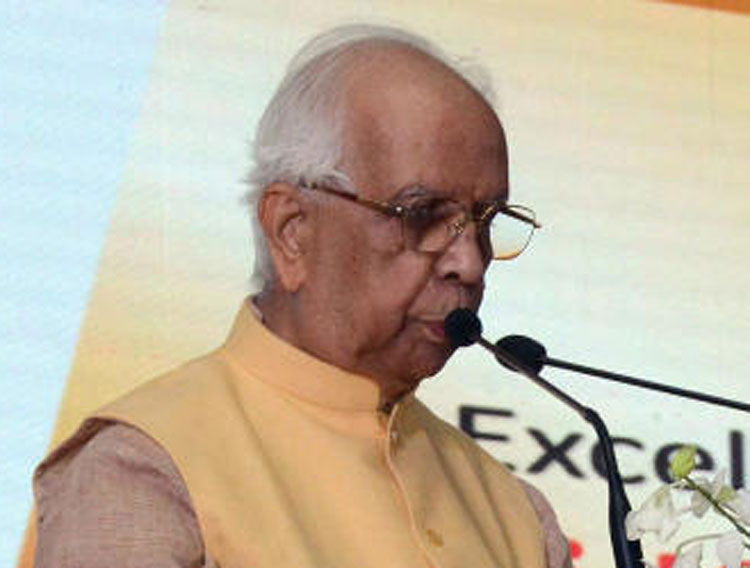 Bengal governor K.N. Tripathi is said to have blamed the state’s political leadership for the unprecedented showdown on Sunday.

“The governor has sent a report in which he has accused the state’s political leadership of creating unnecessary confrontation and preventing CBI officers from carrying out their investigations in a case which was ordered by the Supreme Court.

“He spoke to Union home minister Rajnath Singh on the situation prevailing in Calcutta,” a ministry official said.

“The home ministry is closely monitoring the situation in Calcutta and is in constant touch with the governor,” an official in the Union home ministry said.

Tripathi had on Sunday night summoned the state chief secretary and state director-general of police and asked them to take immediate action to resolve the situation.

Rajnath had also called up the governor to know the facts of the “unfortunate and unprecedented situation of CBI officers being manhandled, detained, intimidated and obstructed”, the official said.

Sources said the ministry had received reports on Sunday night that CBI officers had experienced intimidation and threat to personal safety.

“The ministry took action and decided to deploy central armed police forces at the office and on the residential premises of the CBI in Calcutta following reports that the residence of the CBI joint director was surrounded by Calcutta police,” said a ministry official.

He said the Union home minister called up Tripathi to be apprised of the facts. “The governor apprised Singh that he had summoned the state chief secretary and director general of police and asked them to take immediate action to resolve the situation,” the official said.

Junior home minister Kiren Rijiju blamed the Bengal government and the political leadership for creating “unnecessary obstruction” in the way of the CBI investigations in the Saradha case.

He said there had been no face-off between the Centre and the Bengal government on the issue of the CBI seeking to question Calcutta police commissioner Rajeev Kumar in the case.

“This is not a face-off for us. This is just that Bengal government and the political leadership of the state have created unnecessary obstruction in the way of investigation going on under the direction of the Supreme Court,” Rijiju told reporters.

He said all concerned must follow the rule of law and abide by them.

“We must follow the norms of any investigating agency and the procedural aspects. We must ensure that the rule of law is prevailed,” the junior home minister said.