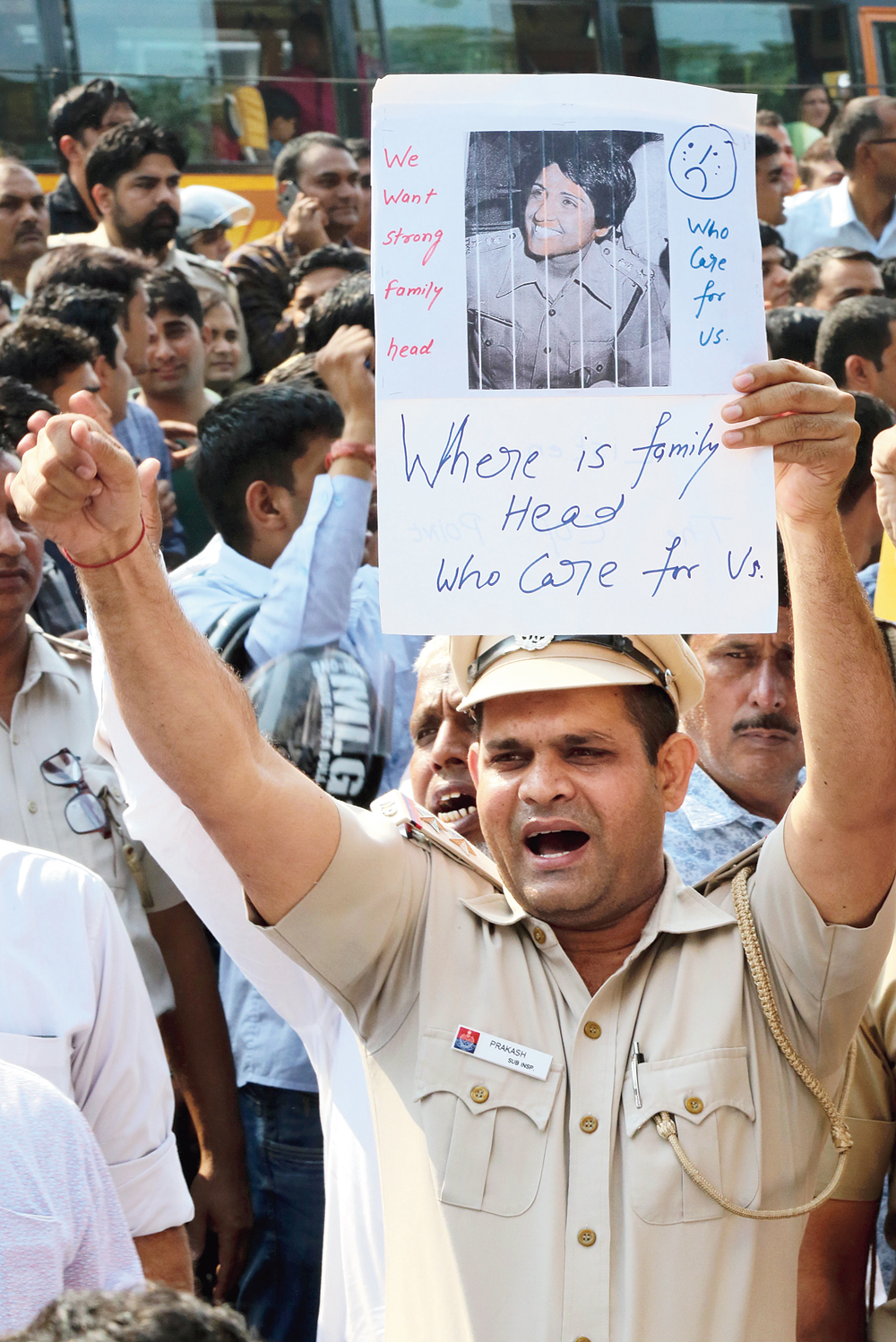 Bedi’s pictures were held up and cries of “humara CP kaisa ho, Kiran Bedi jaisa ho” rent the air outside Delhi police headquarters through the day.

But the otherwise Twitter-savvy former cop did not comment on the issue through the day and the first word from her was heard late in the night after the police siege of their own headquarters was lifted.

“Police should take a stand and be firm on it, come what may,” she told PTI in Puducherry, reminiscing her days of trial in the winter of 1988.

As the then deputy commissioner of police (north), Bedi had drawn the ire of the legal fraternity. She had allowed the police to bring a lawyer — nabbed for theft at St. Stephen’s College — handcuffed to Tis Hazari courts, dishing out treatment usually reserved for hardened criminals.

Lawyers protested her action and over a dozen of them were injured in a lathicharge. But Bedi’s version was that she had been compelled to take action as they had forced their way into her office and roughed up some of the personnel posted there.

Lawyers — from the lower courts to the Supreme Court — declared war on her, resulting in a strike demanding her suspension.

A two-member committee under a sitting judge, Justice D. P. Wadhwa, was set up to inquire into the entire chain of events. The committee found the handcuffing uncalled for and held her responsible for the lathicharge, following which she was transferred to the Narcotics Control Bureau.

But her controversial actions appeared to have endeared her to the police force. And going by her “presence” in the protests 31 years later on Tuesday, the sentiment seems to have endured.