In patches of central Indian forest called the Kanha-Pench corridor, village folk and sloth bears are competing for the mahua flower - and bears startled by humans at times respond with claws and teeth. 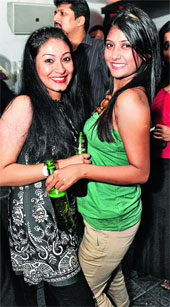 New Delhi, April 30: In patches of central Indian forest called the Kanha-Pench corridor, village folk and sloth bears are competing for the mahua flower - and bears startled by humans at times respond with claws and teeth.

A study of human and sloth bear encounters in the corridor that connects the Kanha and Pench tiger reserves in Madhya Pradesh has found that 70 per cent of the attacks occurred on village folk in forests to collect mahua flowers, tendu leaves, fuel wood or grazing livestock.

Wildlife biologists at the non-government Corbett Foundation who investigated 166 sloth bear attacks over the past 12 years have also found that over 80 per cent of the incidents occurred deep in forests, although many people live on the fringes of the jungle corridor.

"Sloth bears and people are sharing forest space and competing for forest resources," said Harendra Bargali, a specialist in sloth bears with the Corbett Foundation. "There is a significant presence of sloth bears in the corridor which is outside the tiger reserves but thus also open to forest-dependent communities."

Bargali and his colleagues analysed the circumstances, timing and characteristics of the sloth bear attacks in an effort to determine patterns of such encounters and recommend measures to mitigate this human-animal conflict. Their study has just been published in the journal PLOS One.

The Madhya Pradesh forest department records document that among the 47 human fatalities caused by wild animals in the area over the past 15 years, the majority (14) were because of attacks by sloth bears, followed by wild pigs, tigers and jackals.

"We think that in many cases the people startle the bears and cause them to attack," said Aniruddha Dhamorikar, an ecologist with the Corbett Foundation. "The bears consume mahua flowers and people go into forests to collect and sell the flowers used in making traditional liquor."

"In the short-term, people should be advised to venture into forests in groups and make some noise, perhaps with whistles while moving," Dhamorikar added.