The BCI called the police “the opponents” 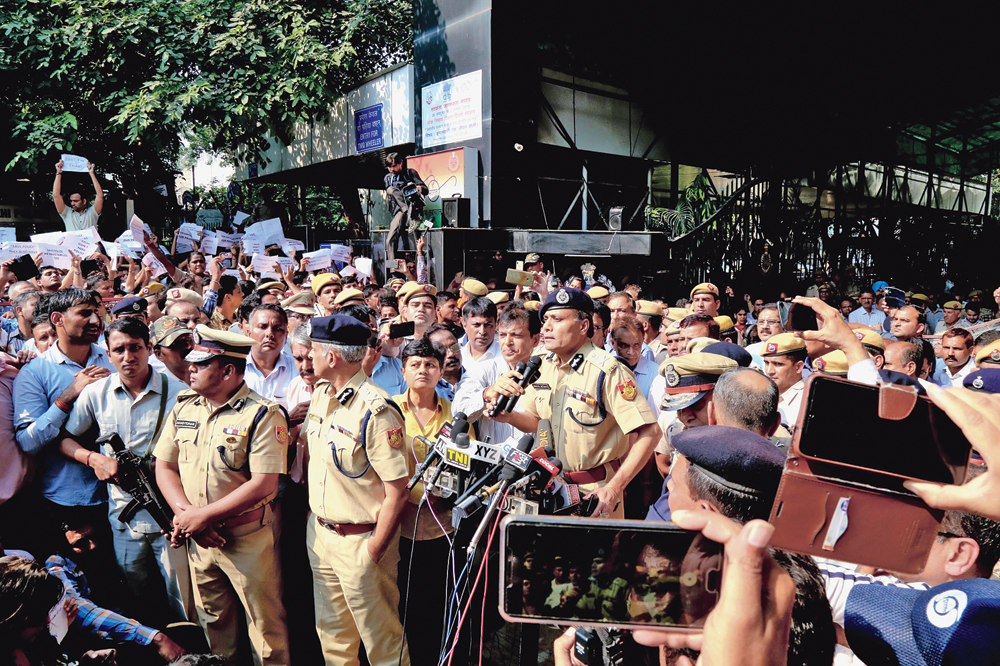 The Bar Council of India (BCI) on Tuesday asked protesting lawyers at Delhi’s Tis Hazari courts to call off their indefinite strike and immediately resume work so that they do not become a “laughing stock”, following mounting public criticism over the manner in which police and media personnel were thrashed by lawyers.

The regulatory body for advocates and legal education in the country maintained that “hooliganism” and “rowdy elements” in the Bar would not be tolerated, but assured that it would make all efforts to ensure that the police personnel who opened fire during the lawyers’ protest on Saturday were booked for attempt to murder and punished.

The BCI, which called the police “the opponents”, urged the lawyers to stop all forms of violence as it was bringing a bad name to the profession and maligning their image in the eyes of the public.

The lawyers have been protesting since Saturday against alleged police assault and firing over a parking dispute at the Tis Hazari courts on Saturday. Lawyers have fought pitched battles with the police, during which cops have been injured, and vandalised vehicles.

In a letter addressed to various Bar associations, the BCI noted that Delhi High Court had set up a judicial inquiry into the November 2 incident during which an advocate suffered bullet injuries in police firing. The police maintain that bullets were fired in the air in self-defence and for the protection of undertrials.

In a joint letter addressed to the various Bar association, BCI chairman Manan Kumar Mishra and co-chairman Ved Prakash Sharma said that since a judicial inquiry had already been ordered, no purpose would be served in advocates continuing with the strike to seek the arrest of police officers.

“Now legally, police have no authority to arrest even any police personnel or take any action in this matter till the conclusion of the enquiry…. Therefore, the resolution of the coordination committee (that police officers should be arrested first) is now meaningless and has no legal basis. We are to think this important aspect from the legal point of view so that we may not be laughing stock before the society,” the BCI letter said.

“Please listen to us seriously. See carefully the media reports, news channels and videos circulated widely on social media and also the CCTV footage of different incidents. See the media news reports, the policemen’s associations have become active and are now threatening to come on roads and/or to move Delhi High Court for review of the order.

“The CCTV footage and videographs, while some are showing the high-handedness and atrocities of police, the videos circulated by our opponents (police) are trying to malign our image and to implicate some lawyers.

“As responsible leaders of the Bar, you can’t overlook these materials. The opponents will produce these things before the committee, the CBI, the vigilance, the IB and the high court,” the letter stated.

The BCI said the assault on a policeman on a bike by some Saket lawyers, the attack on an auto driver and the manhandling of the general public, which were being highlighted by the media, were most unfortunate and the BCI would not tolerate such actions. The BCI warned that the police would cite them during the inquiry.

“Hooliganism and violence have no place in the Bar. The leaders will have to stop it immediately. It’s my earnest and humble request. Kindly identify those advocates (if they are advocates in the real sense) and send their names and other details by tomorrow to the office of the Bar Council of India,” the letter said.