Myriad technology ideas - to keep tender coconut water fresh for up to 18 weeks, to guide antibiotic therapy in urinary tract infections, to boost household incomes in the Sunderbans - received awards on Friday from the Union science and technology ministry. 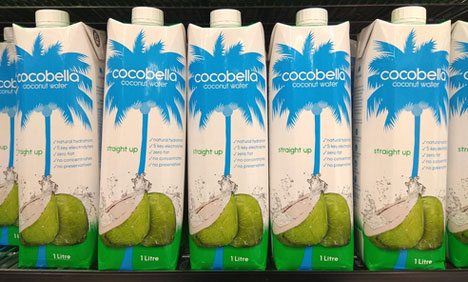 New Delhi: Myriad technology ideas - to keep tender coconut water fresh for up to 18 weeks, to guide antibiotic therapy in urinary tract infections, to boost household incomes in the Sunderbans - received awards on Friday from the Union science and technology ministry.

The ministry, celebrating the country's annual Technology Day on the 20th anniversary of India's nuclear weapons tests on May 11, 1998, honoured researchers and companies involved in developing technologies spanning aerospace to chemical engineering to vaccines.

The ministry also launched the Abdul Kalam Technology Innovation Fellowship to encourage the translation of academic ideas into products and announced the first six fellows - who receive a research grant of Rs 15 lakh and a fellowship of Rs 25,000 per month in addition to salaries.

Shirshendu De, a chemical engineer at IIT Kharagpur, has received the fellowship for developing a membrane technology that he says can keep fresh tender coconut water for over four months.

While packaged tender coconut water is already sold in the market, De said, it is packed through a sterilisation process that can change the natural flavour and taste of the tender coconut water. The membrane technology helps retain flavour, nutrition and taste, he said.

The other fellows are Krishnan Balasubramanian at IIT Madras for non-destructive testing and health monitoring of structures, G .K. Ananthasuresh and Navakanta Bhat at the Indian Institute of Science, Bangalore, for their independent research on sensors, Sudipta Mukhopadhyay at IIT Kharagpur for work on image processing, and Abhishek at IIT Kanpur for autonomous micro-air-vehicles, or intelligent flying machines.

Hyderabad-based homegrown vaccine manufacturer Bharat Biotech received the Technology Development Board's awards for its successful commercialisation of a rotavirus vaccine, while the Ernakumam-based Agappe Diagnostics received the award for an automated protein analyser.

A Jodhpur-based company, Xcellence, received the board's award for technology start-ups for developing a "point-of-care" diagnostic tool that shortens the analysis of antibiotic sensitivity for treatment of suspected urinary tract infections from 48 hours to about four hours.

Partha Pratim Chakraborti at the Central Institute of Freshwater Aquaculture in Bengal, was among those chosen for the biotechnology social development award. Chakraborti has spent two decades in the Northeast and in the Sunderbans, helping local rural households boost their incomes by adopting certain aquaculture and poultry-rearing technologies.

Chakrabarti, who has worked in sensitive and disturbed tribal areas of the Northeast, estimates that around 200 households in the Sunderbans and over 1,000 households across the northeastern tribal areas have increased their incomes by adopting aquaculture technologies.