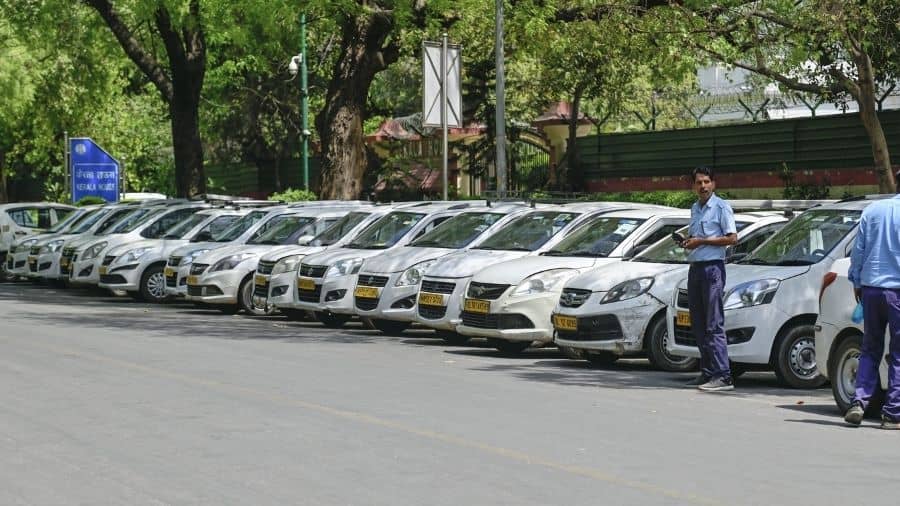 Various auto-rickshaw, cab and taxi unions in the capital went on a strike on Monday, demanding a CNG subsidy and a fare revision in the wake of rising fuel prices.

The strike led to a shortage of cabs and autos across Delhi-NCR.

Commuters in the city faced difficulties in getting cabs and autos on Monday morning. Though cars were available on Ola and Uber apps, the fares were inflated.

"Everyday I take a cab to my office near Central Secretariat and it charges me around Rs 400 on one way trip. But today due to the strike less cabs were available and fares have shot up much. I had to pay over Rs 650 to reach my office from Noida," a commuter Diljeet Singh told PTI.

Auto and cab drivers' unions have been demanding a hike in fares and slashing of CNG prices to offset the impact of rising fuel prices.

They refused to call their strike off despite an announcement by the Delhi government to form a committee to consider a fare revision in a time-bound manner.

"Our strike has started and it will continue throughout the day. CNG has become costlier and we cannot keep running our business on losses. We should either be provided a subsidy of Rs 35 per kg on CNG or fares should be hiked," Delhi Auto Rickshaw Sangh General Secretary Rajendra Soni told PTI.

The auto, taxi and cab drivers also sat on a dharna near Chief Minister Arvind Kejriwal's residence in Civil Lines later in the day to press their demands.

While most unions said they will be on a one-day strike, the Sarvodaya Driver Association Delhi, which has members who drive for cab aggregators, said it will be an "indefinite" strike.

We are giving two day's ultimatum to the governments (Centre and state) to consider our demands else our symbolic strike will turn into an indefinite strike. We don't want to do this but we have no other option left," Ravi Rathore of Sarvodaya Driver Association Delhi, said.

People took to social media to report about cab and auto drivers strike.

There were reports claiming that cabs entering Delhi from Noida and Ghaziabad were being stopped at border points and were being asked not to ply adding to the woes of the commuters.

However, cab and auto driver associations said they were not stopping the cabs and merely informing fellow drivers about the strike.

"The strike was planned on a short notice so many of cab and auto drivers from NCR town were not aware of it. Hence, they were told about the strike at Delhi borders and were requested to participate in it after completing their trips," Rathore said.

There are over 90,000 autos and more than 80,000 registered taxis complementing the public transport system in the city.