Police personnel posted for personal security of the politician being dismissed from service, says Vijay Kumar 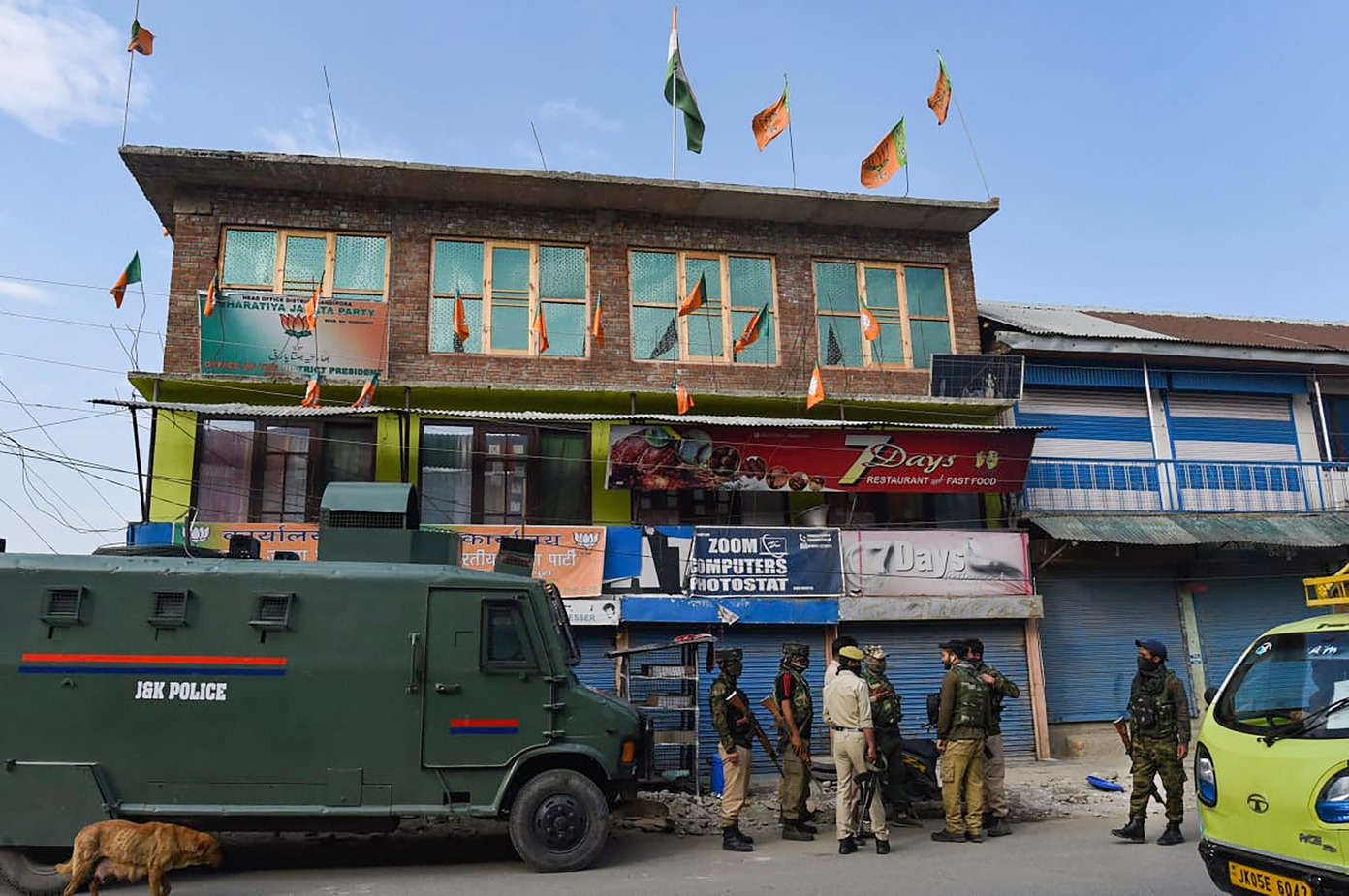 The attack on BJP's Bandipora district president Waseem Bari was "pre-planned" by Lashkar-e-Toiba (LeT), inspector general of police (IGP) Kashmir Vijay Kumar said on Thursday, adding that the policemen posted for personal security of the politician were being dismissed from service.

Three more policemen were arrested in connection with Wednesday's attack, taking the total number of the arrested cops to 10.

"We came here and checked the site of the incident. We have checked the CCTV cameras as well and after watching the footage, it seems that it was a pre-planned attack," the IGP told reporters in Bandipora district of north Kashmir.

Bari, his father Bashir Ahmed and brother Umar Bashir were injured when militants opened fire on them outside Bari's shop opposite police station Bandipora at around 9 pm.

They were taken to Bandipora district hospital where they succumbed to injuries.

Kumar said the militants were keeping a close watch on Bari's movements and fired upon him when he came out of his house.

"We saw in the CCTV footage that when he left for his in-laws' place from his house, a person was watching him and when he returned, the person was there again.

"When Bari reached his house, his PSOs went to their room and when he came to the shop, his brother and father were there. A militant came and fired upon them from a close range. All the three suffered injuries in their head and they were rushed to a hospital, where they succumbed," he said.

The IGP said the police have identified the militants behind the killing and they belong to LeT terror outfit.

"We have identified the militants who are from LeT group. A Pakistani militant and a local militant, Abid, were involved. We are tracking them and very soon the police, the Army and CRPF will neutralise them," he said.

The IGP said that while one militant fired upon the three, another, whom the police are calling a supporter, was guiding him from a distance and added that the militants were on foot.

Kumar said while there was no shortcoming in providing security to the slain BJP leader, it was a lapse on part of the ten PSOs and they had been arrested and were being dismissed from service.

"We have analysed the CCTV footage from the camera at the police station. There was no shortcoming in (providing) security. He had 10 PSOs, two from security wing and eight from district police, which was more than enough.

"Even if only two PSOs were with him, they would have killed the militant. It is a lapse from our side, our jawans and we are taking action. The SSP (Bandipora) has suspended all the 10 PSOs and we are dismissing them from service. They all stand arrested," he said.

However, he said there was no need to worry and "we will develop the inputs and neutralise the militants soon".

The IGP said the police were providing protection to everyone who was under threat.

"He had security as well. If anyone gets a threat, we appeal them to contact the SSP concerned and they will be provided with the security," he said when inquired whether the security of protected persons in the valley would be reviewed.

To another query on whether the security detail of BJP leaders in the valley would be increased, the IGP said, "increasing or decreasing security does not stop incidents frankly. What matters is how alert a security personnel is and how bravely he fights".