Moshe was one day short of his second birthday when he lost his parents; he visited Nariman House in January this year 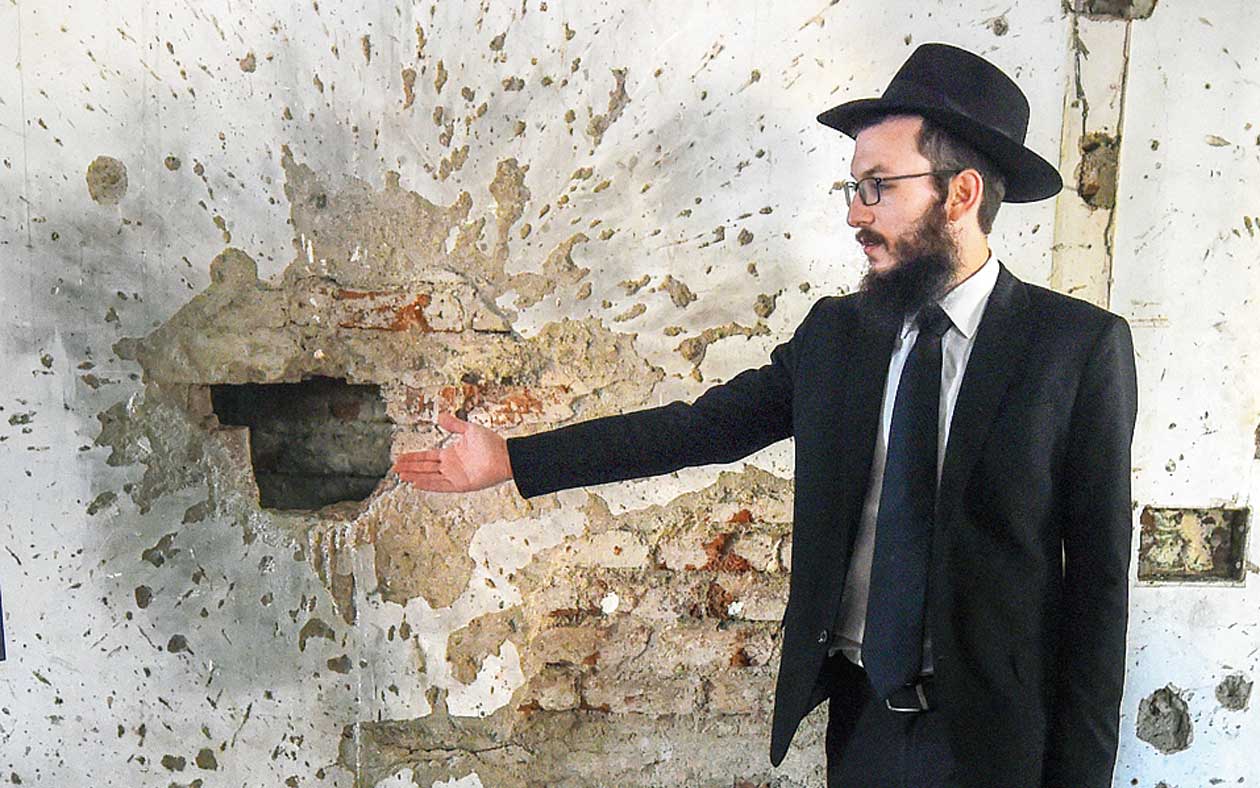 Rabbi Israel Kozlovsky had been in America, watching the horror on television, when the 26/11 attacks in Mumbai left 166 dead and more than 300 injured.

A decade on, he is at Nariman House, one of the targets of the terrorists, where the first memorial to all the 166 dead will be inaugurated on Monday, the attack’s 10th anniversary.

The Colaba building is being renamed Nariman Light House.

Nariman House is a Jewish community centre that was founded and run by Rabbi Gavriel Holtzberg and his wife Rivka, who was five months pregnant when both were killed by the terrorists along with four other hostages. Kozlovsky has been running the place since 2012.

The gunmen had also targeted other sites such as the Chhatrapati Shivaji Terminus, the hotels Oberoi Trident and Taj Palace and Tower, Cama Hospital and Leopold Café. Explosions took place at the Mazgaon docks and a taxi in the Mumbai suburb of Vile Parle.

Kozlovsky remembers the scenes he watched from thousands of miles away. “I was glued to CNN, constantly praying for a miracle,” he said here on Sunday.

A miracle did happen. The cries of Moshe, the two-year-old son of Holtzberg and Rivka, were heard by his Indian nanny Sandra Samuel, who picked him up and escaped from the building along with a cook.

Moshe was one day short of his second birthday when he lost his parents. He visited Nariman House in January this year.

“When I came here first, there were bloodstains all over,” said Kozlovsky, who has named one of his sons Gavriel after the slain rabbi.

“I realised that turning the place into what it was before the attack would not be enough. We would have to do more.”

Kozlovsky said the memorial, built on the terrace of the five-storey building, has six columns bearing the names of all the victims. It will be unveiled on Monday but the date it is opened to the public is yet to be decided.

Considering the paucity of space, visitors will have to make online bookings.

“There is no other memorial in the city where all the victims have been remembered. There is also an artist’s impression of the places where the attacks took place,” said Chaya Kozlovsky, the rabbi’s wife.

The bullet-riddled walls and ceiling on the fourth floor are intact. This and the fifth floor will be converted into visitors’ galleries, providing people a glimpse of the Holtzbergs’ way of life and the savagery of the attack.

“In a year’s time we hope to complete the second phase of the project. The ground floor will be reconverted into a garden with a waterfall. Visitors will go to the terrace and then descend to the galleries on the fifth and fourth floors,” said Ehiav Nahlieli, the project designer who has come from Israel.

“Hopefully, in a month’s time visitors will be able to see the memorial while work will continue on the other two floors,” Kozlovsky said.

In retelling 26/11, an untold story of Indian journalism