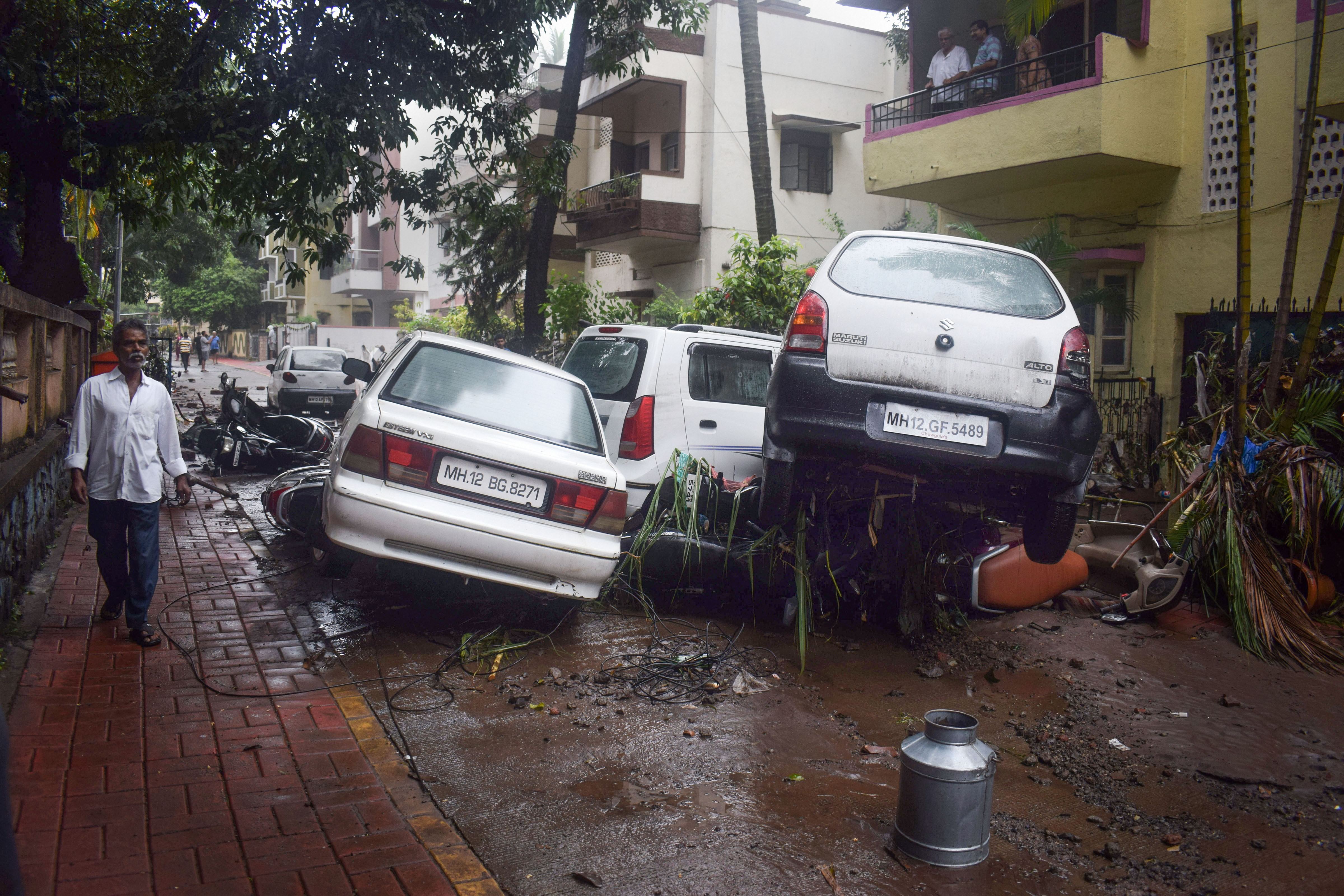 Nearly 16,000 people, including some stuck on rooftops and trees, were rescued from Pune city and other parts of the district, they said, adding that four persons were missing.

Chief minister Devendra Fadnavis said he was pained to know about the loss of lives due to the rains in Pune.

He said teams of the National Disaster Response Force have been deployed in the city and the Baramati tehsil, and all necessary assistance was being provided in the affected areas.

Schools and colleges in various tehsils of Pune declared a holiday on Thursday in view of the deluge.

Five people sleeping at a dargah in Khed-Shivapur village, located on the Mumbai-Bengaluru National Highway, were washed away after the heavy downpour, superintendent of police Sandip Patil said, adding that two persons from the Purandar area were reported missing.

Besides, 12 people, including five women, lost their lives in various other rain-related incidents. Of these, five people, including a nine-year-old boy, were killed in incidents of wall collapse in the flooded Aranyeshwar area, chief fire officer Prashant Ranpise said.

Also, one person was found dead near a school in an inundated locality in Sahakar Nagar, while another body was found in a car washed away near Sinhgad road, he said.

Another person was found dead in his car near Katraj, while two others were washed away in Parvati area, he said.

According to police, two other persons also lost their lives in the deluge.

Four persons – two in the city and as many in Purandar tehsil – were reported missing, they said.

'Over 15,000 people from low-lying areas in Baramati were shifted to safer places after water was released from Nazare dam, built on the Karha river near Jejuri,' Patil said.

The chief fire officer added that more than 500 people stranded in low-lying areas of the city were rescued.

The army also rescued another 300 people, including some stranded on rooftops of their houses and on trees, from Solapur road area, a defence spokesperson said.

'Rain stopped on Thursday morning, but many houses and residential societies in low-lying areas were still inundated. There were several reports of wall collapse and uprooting of trees in those places,' another fire official said.

Meanwhile, Fadnavis expressed grief over the deaths and assured all help from the government.

'My deepest condolences to the families. We are providing all possible assistance needed. State disaster management officials and control room in continuous touch with Pune collector and Pune Municipal Corporation,' he said in a tweet.

'Two NDRF teams are deployed in Pune and two in Baramati. One more NDRF team is on the way to Baramati. The state government is also closely monitoring the dam discharge,' he added.

A number of low-lying areas in and around Pune were flooded after heavy showers lashed the city on Wednesday.