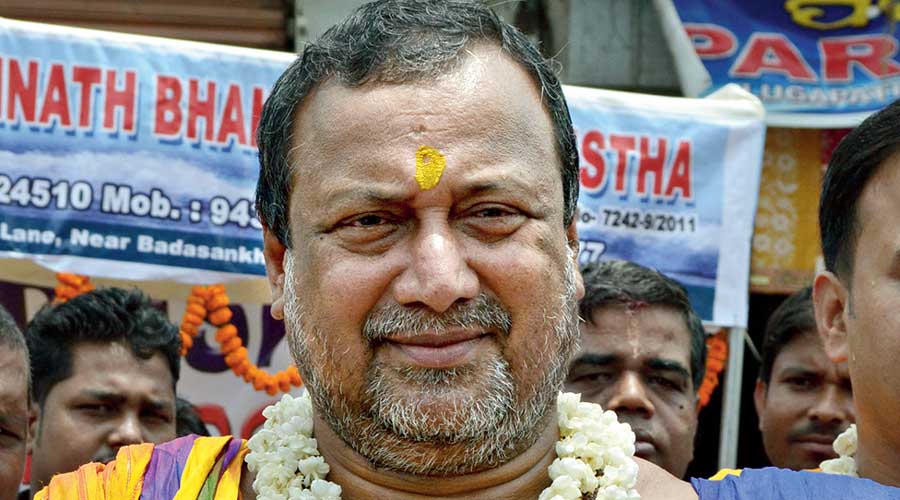 Jagannath Swain Mohapatra, a senior servitor of the Puri Shree Jagannath temple, had organised a yagna at the residence of Bengal chief minister and Trinamul Congress chief Mamata Banerjee in February to ensure her party’s victory in the Assembly elections and had exuded confidence about the TMC coming to power again.

Mohapatra’s forecast came true on Sunday with the resounding victory of Trinamul in the elections and Mamata all set to become the chief minister of Bengal for the third time in a row. Mohapatra was in touch with Mamata and spoke to her twice on counting day to keep track of the developments on Sunday.

The 70-year-old servitor, who performed the puja at Mamata’s residence on February 26, told The Telegraph: “On that day after performing the puja at her residence at Kalighat, I had a feeling that she would win the battle. Early on Sunday morning on counting day, I went inside the shrine and lit a diya (earthen lamp) for Mamata, our daughter, the daughter of Bengal. I had a feeling that she would win. After coming back from the temple, I called her around 10am and gave my best wishes and gave the blessings of Lord Jagannath. I called her again around 5pm and congratulated her.”

Mohapatra, who is the chief badagrahi (protector) of Lord Jagannath during the Rath Yatra of the deities at Puri and tasked with protecting his chariot, said: “I have closely watched her (Mamata). She is a great devotee of Lord Jagannath and has a great love for mankind. Lord always protects people who surrender at his feet. Mamata is a shining example of this.”

Praising the Bengal chief minister, the senior servitor said: “She is always connected with the masses and can read the nerve of the people. She understands their problems. The way Prime Minister Narendra Modi, home minister Amit Shah and other BJP leaders targeted her and tried to take fun of her did not go down well with the people of the state. Women disliked it in particular and rose as one to save the daughter of Bengal. The BJP even failed to unite the Hindus because they are also aware that the party is indulging in politics over religion. The BJP’s move has backfired.”

He also said he wanted to go to Calcutta to offer his good wishes to Mamata but the Covid situation prevented him from undertaking the journey.

“Even Mamata expressed her desire to come to Puri to offer her prayers at the feet of Lord Jagannath. I told her not to come as the temple is closed for devotees because of Covid-19. Besides, it’s better not to travel at this time when the corona(virus) pandemic has spread all over,” the senior priest said.

On Mamata’s defeat from the Nandigram seat, he said: “Its not at all important. Somewhere something went wrong. There should be a recounting there. What is important is that the entire state stood behind the daughter of Bengal. We are proud of our daughter has single-handedly faced the onslaught of BJP and defeated them.

It’s because of Lord’s wish that Mamata had a landslide victory.”

Odisha chief minister Naveen Patnaik spoke to Mamata on Monday and congratulated her for the landslide victory in the Assembly polls.