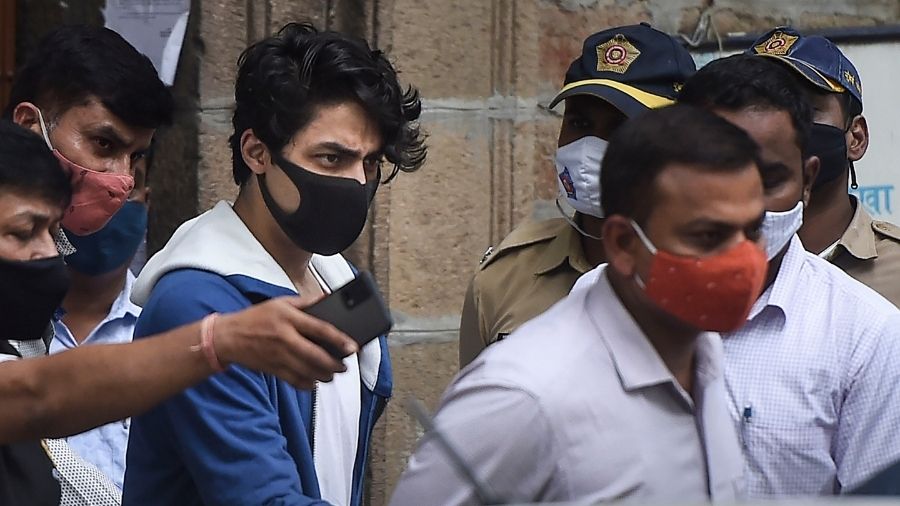 A metropolitan magistrate here on Friday denied bail to Aryan Khan, son of Bollywood actor Shah Rukh Khan, and two others in a case pertaining to the alleged seizure of banned drugs from a cruise ship off the Mumbai coast.

The court on Thursday sent Aryan Khan and seven others arrested in the case in 14-day judicial remand after their NCB custody ended.

After hearing the arguments, the magistrate denied bail to Aryan Khan, Munmun Dhamecha and Arbaaz Merchant, saying their applications were not maintainable.

The Narcotics Control Bureau (NCB) had arrested these three along with some others over the last weekend after raiding the Goa-bound Cordelia cruise ship on Saturday evening. The central agency had claimed to have recovered drugs from the ship.

A total of 18 persons have been arrested so far in the case.