However, 26 drugs such as Ranitidine, Sucralfate, white petrolatum, Atenolol and Methyldopa have been deleted from the revised list 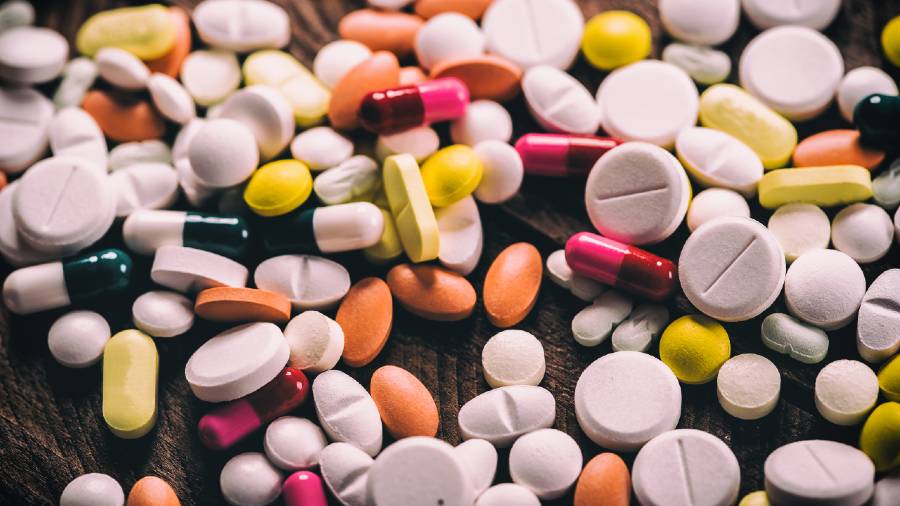 Several anti-cancer drugs, antibiotics and vaccines will now become more affordable as they are among 34 new additions to the National List of Essential Medicines, with the government saying this will reduce "patients' out-of-pocket expenditure".

Anti-infectives like Ivermectin, Mupirocin and Meropenem have been added to the list, taking the total drugs under it to 384.

Four major anti-cancer drugs -- Bendamustine Hydrochloride, Irinotecan HCI Trihydrate, Lenalidomide and Leuprolide acetate which are effective in various types of cancers -- and psychotherapeutic medicines -- Nicotine Replacement Therapy and Buprenorphine -- have been added to the list.

However, 26 drugs such as Ranitidine, Sucralfate, white petrolatum, Atenolol and Methyldopa have been dropped from the previous list of total 376 drugs. The deletion has been done based on the parameters of cost effectiveness and availability of better drugs.

The criteria for deletion from NLEM include -- banned in India, reports of concerns on the safety profile, the disease burden for which a medicine is indicated is no longer a national health concern and in case of antimicrobials, if the resistance pattern has rendered an antimicrobial ineffective.

The drugs in NLEM are included in scheduled category and their price is regulated by the National Pharmaceutical Pricing Authority.

Speaking on the occasion, Mandaviya said his ministry is taking various steps under the vision of Prime Minister Narendra Modi towards "Sabko Dawai, Sasti Dawai".

"In this direction, National List of Essential Medicines (NLEM) plays an important role in ensuring accessibility of affordable quality medicines at all levels of healthcare. This will give boost to cost-effective, quality medicines and contribute towards reduction in Out of Pocket Expenditure on healthcare for the citizens," he said.

The primary purpose of NLEM is to promote rational use of medicines considering the three important aspects -- cost, safety and efficacy, Mandaviya said.

He said the NLEM is a dynamic document and is revised on a regular basis considering the changing public health priorities as well as advancement in pharmaceutical knowledge. The NLEM was formulated in 1996 and it was revised thrice earlier in 2003, 2011, and 2015.

Revision of NLEM 2022 has been done after constant consultation with stakeholders spanning from academia, industrialists and public policy experts etc., and crucial documents like WHO EML 2021.

In the revised list, endocrine medicines and contraceptives Fludrocortisone, Ormeloxifene, Insulin Glargine and Teneliglitin have been added.

Montelukast, which acts on the respiratory track, and ophthalmological drug Latanoprost also figure in the list.

Besides, cardiovascular medicines Dabigatran and Tenecteplase too find place in the list besides medicines used in palliative care.

"Antinfectives such as Ivermectin, Meropenem, Cefuroxime, Amikacin, Bedaquiline, Delamanid, Itraconazole ABC Dolutegravir have been added to the NLM," Dr Y K Gupta, Vice Chairman of the Standing National Committee on Medicines, said. Rotavirus vaccine has also been added in the list.

The drugs in NLEM are included in scheduled category and their price is regulated by the National Pharmaceutical Pricing Authority, Dr Gupta said.

He said that the Covid drugs and vaccines have not been added in the list as they have been granted emergency use authorisations and the data is still not conclusive and complete from the regulatory perspective.

The committee considered the essentiality of medicines for COVID-19. Conditional approval/ emergency use approval was granted to some new medicines for COVID-19, keeping in mind the risk of growing pandemic vs the potential benefit (risk-benefit ratio) on the basis of the available in vitro, non-clinical and clinical trial data, Dr Gupta stated.

"The committee also put great emphasis on rational use of antimicrobial agents by all stakeholders including manufacturers, doctors, patients and veterinary experts," he said.

A revised list of 399 formulations was submitted by an expert committee under the Indian Council of Medical Research (ICMR) last year. After detailed analysis of Indian requirements, major changes were sought by Mandaviya.

The criteria for inclusion of drugs in NLEM are that they are useful in diseases which is a public health problem in India, licensed/ approved by Drugs Controller General of India (DCGI), have proven efficacy and safety profile based on scientific evidence, are comparatively cost effective and have to be aligned with the current treatment guidelines and recommended under National Health Programs of India. (e.g. Ivermectin part of Accelerated Plan for Elimination of Lymphatic Filariasis 2018).