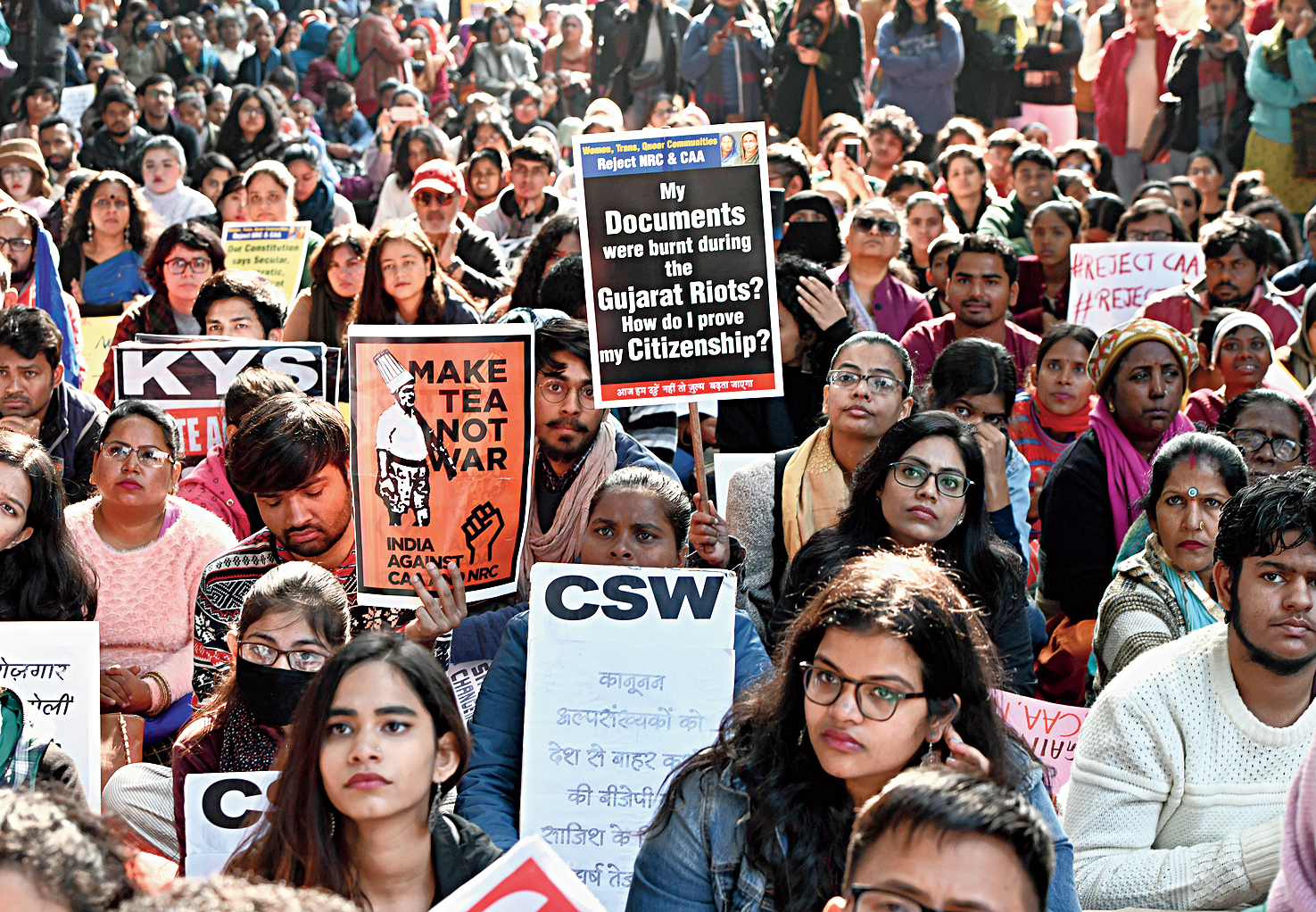 Members of India’s gay, lesbian and transgender communities and sex workers joined students and lawyers in New Delhi on Friday to signal what they said was widespread anger against the new citizenship act.

At Jantar Mantar, a designated site for protests, trans and queer people pledged to fight the Citizenship (Amendment) Act and refuse to cooperate with any National Register of Citizens or National Population Register update.

Kusum, president of the All India Network of Sex Workers, said the nature of sex workers’ livelihood made it unlikely for them to possess the documents necessary to prove citizenship.

“Sex workers are neither Hindus nor Muslims. We are one. We do not have the documents that they (authorities) need. Where shall we go?” she said.

Kaushal, a Delhi University student and member of the DU Queer Collective, said queer and transgender people would make up a sizable section at the detention centres after the government started the proposed NRC update.

“Identity proof may not be enough to prove citizenship. In that case, most of the queer community members will not be able to furnish the necessary documents,” Kaushal said.

The marchers walked from Mandi House to Jantar Mantar, about 2km away. The protest was organised by two dozen associations, including the CPM-backed All India Democratic Women’s Association, students’ groups like the Birsa Ambedkar Phule Students Association, Act Now for Harmony and Democracy, the sex workers’ network and the Jamia Queer Collective.

The protest had been planned for January 3 to commemorate the birth anniversary of social reformer Savitribai Phule, who had promoted education among backward castes and Muslims in the 18th century in present-day Maharashtra.

Speakers highlighted the experience in Assam, where the NRC has badly affected vulnerable groups like Muslims, migrant labourers, small farmers, domestic workers, sex workers, Dalits, backward classes and transgender communities. More so because identity documents like the voter card, Aadhaar card, PAN or passport were not entertained as proof of citizenship.

Before conducting the proposed nationwide NRC, the government wants to update the NPR, a database of usual residents. Apparently, the NPR will serve as the mother database for the NRC.

Lawyer Vrinda Grover told the protesters that India’s Constitution and secular character were under threat and the common people needed to protect them.

“Those most affected by the Assam NRC are women and the marginalised,” she said, adding that the citizenship amendment and the population and citizenship registers were efforts to “identify vulnerable people and throw them out”.

All India Democratic Women’s Association leader Maimoona Mollah said the increasing participation from across communities in the citizenship demonstrations proved that people had resolved not to let it become solely a protest by Muslims.

The protesters chanted slogans in support of the Constitution and in favour of “azadi” from the Narendra Modi-Amit Shah regime.

Near the dais sat an octogenarian on a wheelchair, carrying a placard. “I have seen the Partition of my land. Do not partition our hearts,” her placard said.

Identifying herself as “Mrs Kapoor”, she said: “I don’t want to say anything. Please take my message from the placard.”