Anti-CAA protests in UP: Mayawati demands withdrawal of cases against women

Women have been staging protests in different parts of Uttar Pradesh, including at the historic Clock Tower in Lucknow 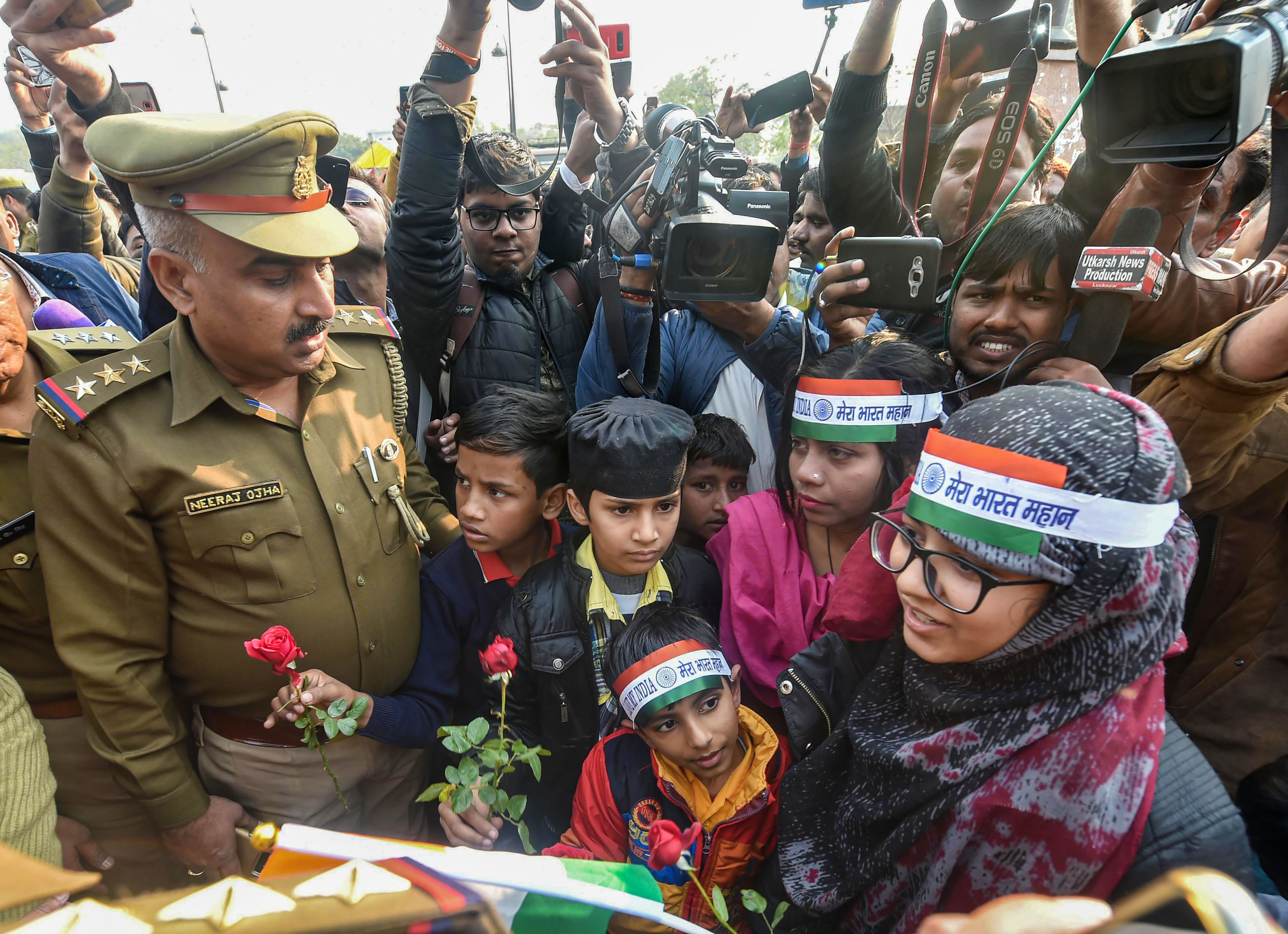 The BSP on Monday demanded withdrawal of cases lodged by the UP government against women protesting the Citizenship (Amendment) Act (CAA) and the National Register of Citizens (NRC) in the state.

Women have been staging protests in different parts of Uttar Pradesh, including at the historic Clock Tower in Lucknow, demanding scrapping of the CAA and NRC.

In a tweet, BSP supremo Mayawati said, 'Wrong cases filed against women and others protesting against CAA/NRC by the BJP-led Uttar Pradesh government should be immediately withdrawn, and those who lost their lives during this time should also be extended proper help, this is the demand of BSP.'

Around 100 women protesters have been booked for violating prohibitory orders at the clock tower.

'A case has been registered against 10 women and 100 unidentified women for violating Section 144 of CrPC, while protesting at Ghantaghar. Apart from this, eight persons have been arrested,' station house officer of Thakurganj Police Station Pramod Mishra had said on Saturday.

The dharna at Lucknow's Clock Tower is on the lines of Delhi's Shaheen Bagh protest against the CAA and NRC.

Women protesters have said their stir will continue until the Centre scraps the CAA and the NRC.

Nearly 20 people have been killed in the state after violence erupted during anti-CAA protests last month.