In Mubarakpur town of Azamgarh, women belonging to different faiths protested under the banner of the Samvidhan Bachao Sangharsh Samiti 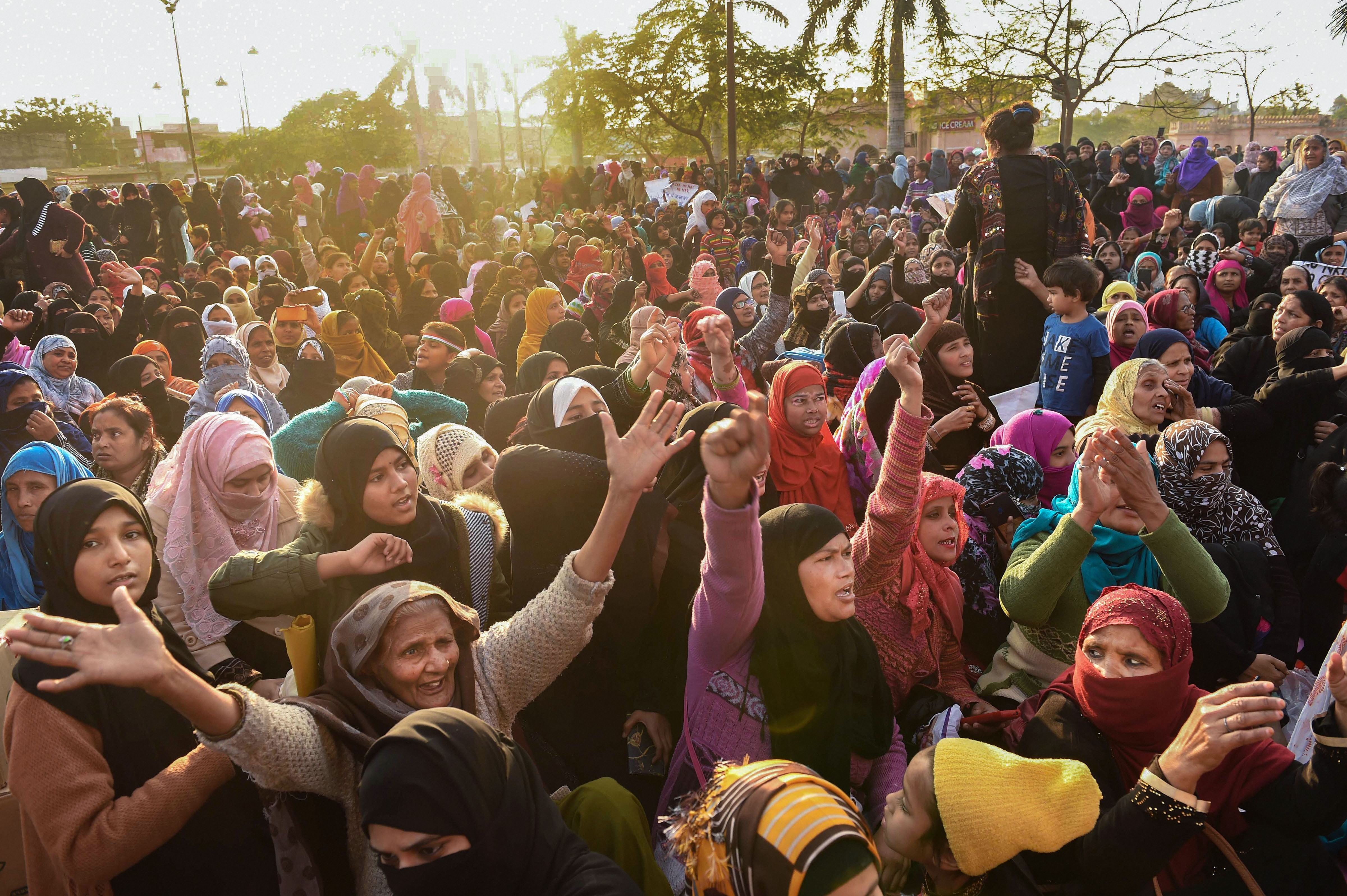 Police chased away women and youth who had descended on the Varanasi's Baniabagh ground on Thursday in protest against the Citzenship (Amendment) Act amid reports of similar demonstrations from Rae Bareli and Azamgarh.

Meanwhile, the women's protest against the legislation continued at the historic Clock Tower in Lucknow.

According to video clips, policemen rushed to the Baniabagh ground in large numbers, chased away protesters and got the site vacated.

In Mubarakpur town of Azamgarh, women belonging to different faiths protested under the banner of the Samvidhan Bachao Sangharsh Samiti at the Hyderabad Kapoora Shah Divan ki Bagia locality on Wednesday.

In the Town Hall area of Rae Bareli, a large number of women started their demonstration against the CAA on Wednesday afternoon.

They raised slogans against the legislation and demanded its immediate withdrawal.

'The administration is fully alert and monitoring the situation,' a senior official said.

In Lucknow, women along with children continued their protest, raising slogans like 'Inquilab zindabad' and 'CAA-NRC wapas lo' while holding the Tricolour and placards.

They are protesting since last Friday.