The labourers were in a construction site 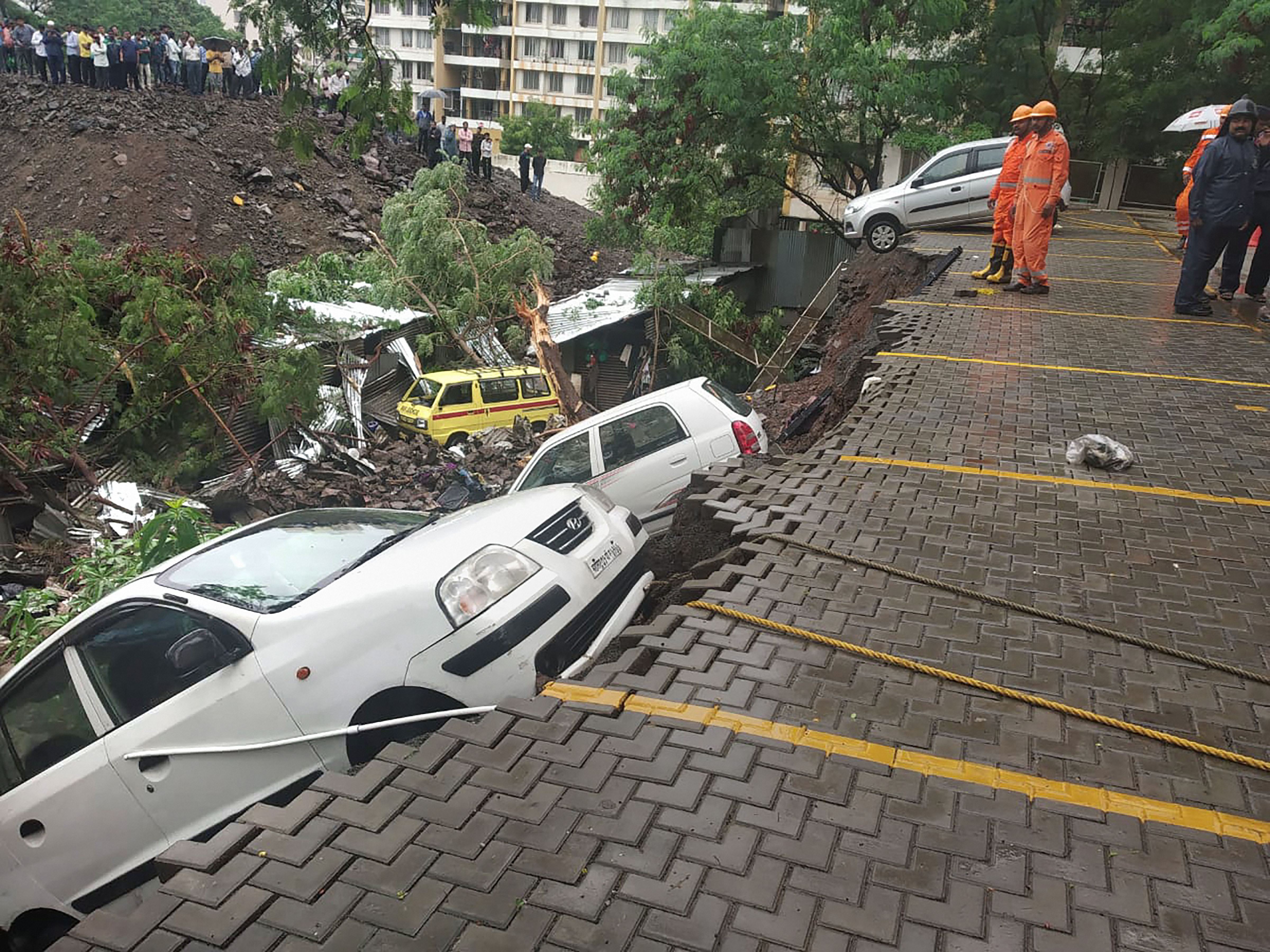 Six labourers are feared dead and at least two were injured after the wall of an educational institute collapsed on their makeshift shelters in Ambegaon area near Pune, officials said on Tuesday.

The wall collapse deaths are the second in the span of a week in Pune. An earlier wall collapse, triggered by heavy rain, killed several labourers in the city.

According to fire brigade officials, the collapse and deaths happened on Monday night.

'The wall of Singhad Institute collapsed on the makeshift shelters of labourers and six people were killed and two-three others injured,' an official said.

District collector Naval Kishore Ram said it seemed that a tree fell on the college wall and then the wall collapsed on the shanties, which had been set up at an under construction site.

He said an investigation was on.