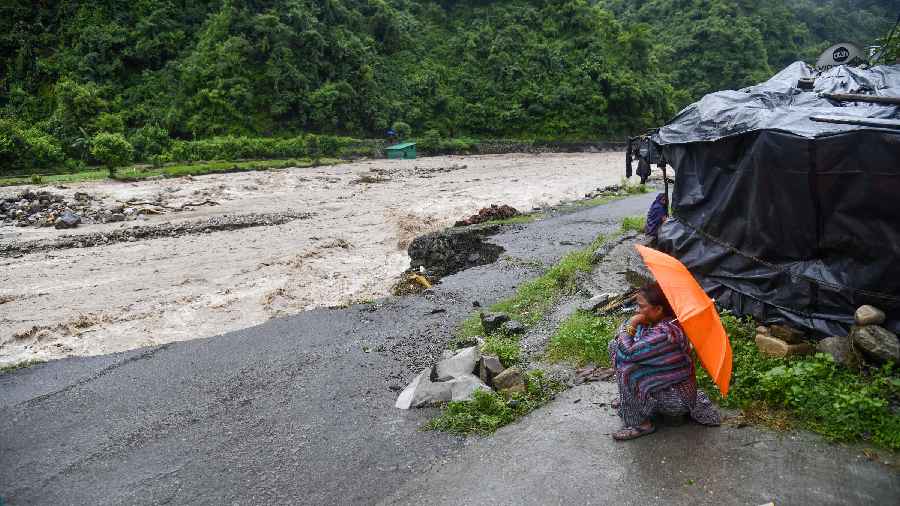 A woman sits on the banks of swollen Song river, after a series of cloudbursts hit different parts of Uttarakhand during the monsoon season, at Raipur area in Dehradun district
PTI picture
PTI   |   New Tehri   |   Published 24.08.22, 03:20 PM

Uttarakhand's Tehri district bore the brunt of another cloudburst on Wednesday as heavy rains led to the overflowing of Nelchami rivulet in Chirbatia village, inundating irrigated farm lands.

However, preliminary reports did not mention any casualty, the district disaster management office here said.

Some bridges on the Moolgarh-Tharti road have been damaged. The road is blocked near Tharti and traffic along the route is disrupted, it said.

The Nelchami river is flowing furiously and people living close to the banks fear for their safety, a source said.

In the cloudbursts on August 19, Tehri district accounted for the highest number of casualties. Five out of the total seven bodies recovered so far were found in Gwad and Silla villages of the district.

Bridges washed away in Dehradun