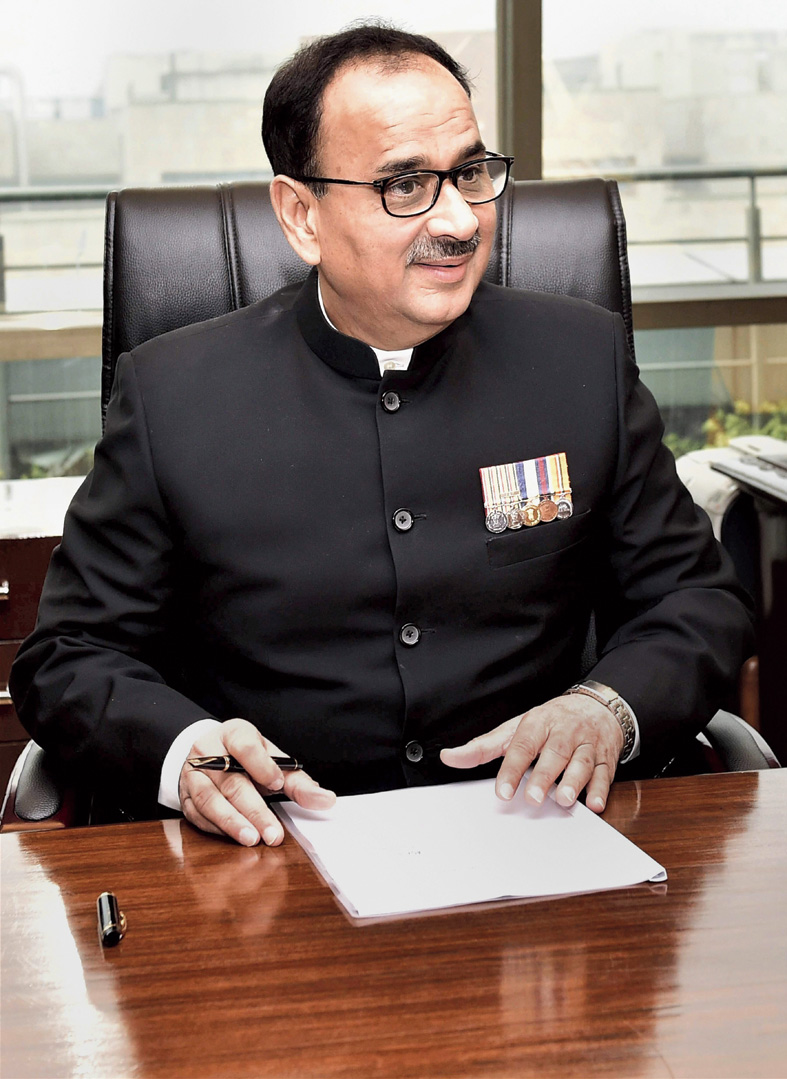 Tempers flared up in the Supreme Court on Tuesday, leading to the abrupt postponement of the proceedings in the case that will decide the fate of benched CBI director Alok Verma.

If Chief Justice of India Ranjan Gogoi expressed his annoyance on the assumption that a confidential report got leaked and published in a news portal, the lawyers of Verma found themselves locked in disagreement.

Justice Gogoi also appeared to be upset that a petition by another CBI officer, DIG Manish Kumar Sinha, which mentioned the names of several senior officials and a minister, was made public on Monday.

Justice Gogoi, heading the bench hearing a petition by Verma challenging his displacement from the helm of the CBI, said: “We wanted to know what’s going on? This court is not a platform for people to come and express what they want. This is a place where adjudication of legal rights are determined… and we intend to set it (the purported leak) right.”

The bench, which includes Justices Sanjay Kishan Kaul and K.M. Joseph, refused to take up any further hearing on the matter and adjourned it to November 29.

As soon as the court assembled, the Chief Justice said he would not entertain any customary “mentioning” (pleas made by advocates, usually on urgent matters, for around 20 minutes) and would directly take up Verma’s case.

Justice Gogoi then handed over to eminent jurist Fali S. Nariman, representing Verma, photocopies of a report in The Wire news portal on the reply filed by Verma to the adverse findings recorded against him by the Central Vigilance Commission.

On November 17, the news portal had carried certain extracts of replies made by Verma to the questions posed by the CVC to the CBI director.

Nariman, who was given some time to respond after going through The Wire report, returned to the court after an hour and informed the bench that the published version was different from the reply submitted by Verma in the court in a sealed cover on November 19 afternoon.

The senior advocate told the bench that the portal had on November 17 reported extracts of certain answers from Verma’s reply to the questions posed to him by the CVC and not the actual reply furnished by the CBI director to the apex court on November 19.

But the court adjourned the matter to November 29.

The Wire tweeted: “This is to clarify that @thewire_in stories were on Alok Verma’s responses to questions the CVC put to him. These were not in a sealed cover and were not meant for the SC. As for his response to CVC’s final report, handed over to SC in sealed cover, we haven’t seen/reported that.”

On DIG Sinha’s petition, the court had asked the CBI officer’s counsel Sunil Fernandes on Monday to maintain utmost confidentiality.

On Tuesday, the court did not make a specific reference to Sinha’s petition but said: “Yesterday, we refused a mention (for early hearing by Sinha of his petition) and we expressed that the highest degree of confidentiality should be maintained and now this litigant gives it all away… what is all this? We are not going to hear any of these cases today… Our effort to maintain respect for the institution (the CBI) is not being shared by people.”

Despite the directions the leaks are occurring in various media houses, the court said. Fernandes was present in the court on Tuesday.

The court also witnessed friction between the lawyers for Verma. Nariman took strong exception to advocate Gopal Shankaranarayanan on Monday making a mention before the bench for more time to file the reply on behalf of Verma.

The benched CBI chief was earlier directed by the court to file his reply by 1pm on November 19. But on Monday Shankaranarayanan, appeared before the bench and sought time to file the reply by 4pm but the bench did not agree to the plea.

The mention by Shankaranarayanan had upset Nariman who is leading the battery of lawyers appearing on behalf of Verma.

The senior advocate said Shankaranarayanan had mentioned the matter on Monday in an “unauthorised” manner without informing him. Nariman said he was shocked about the mention by Shankaranarayanan after going through the newspapers. Nariman said that in his 67 years of practice, he had never come across any instance of any relatively junior counsel mentioning a matter when the case was being argued by a senior lawyer.

When Shankarnarayanan tried to say that he had received a specific instruction from Verma himself to seek more time, the Chief Justice refused to hear him. The bench said it will not hear any other counsel on Tuesday, except Nariman.

The Chief Justice told the advocate that he could not insist on being heard since the court had declined to hear him during the day.

“Do you insist?” Justice Gogoi asked Shankaranaryanan thrice after the counsel tried to clarify his position.

The counsel said he wanted to clear his name as an impression was being created that he had made the mention on behalf of Verma without being authorised to do so.

Justice Gogoi said: “As far as this court is concerned, nobody is under any form of cloud.”