On Monday, Birla had attended an event organised by the Akhil Brahman Mahasabha in Kota, Rajasthan 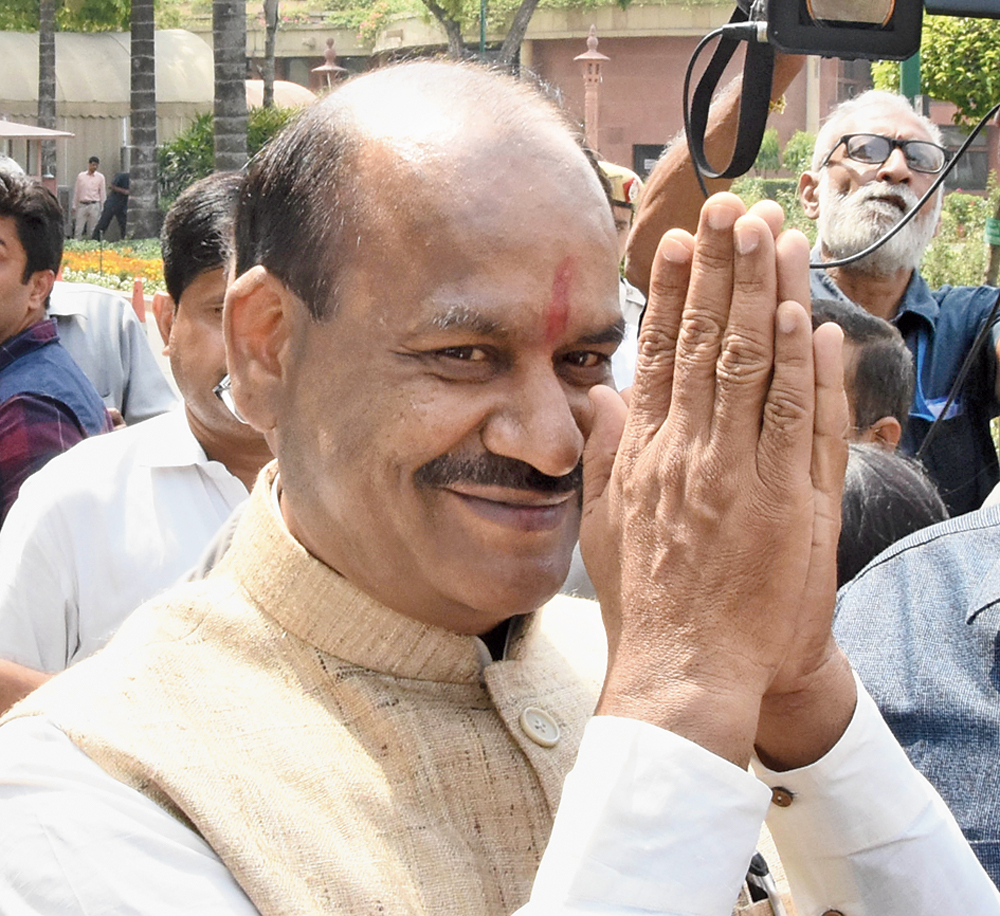 Om Birla had tweeted: Brahmins are always supreme in society. They have been at such a position because of their sacrifice and penance. This is why the Brahmin community has been performed the role of a guide
Picture by Prem Singh
Basant Kumar Mohanty   |   New Delhi   |   Published 10.09.19, 08:19 PM

Academics and activists on Tuesday termed as “unconstitutional” a statement by Lok Sabha Speaker Om Birla that Brahmins are supreme socially because of their sacrifice and penance.

On Monday, Birla had attended an event organised by the Akhil Brahman Mahasabha in Kota, Rajasthan.

He later tweeted: “Samaj mein Brahmano ka hamesha se uchh sthan raha hai. Yeh sthan unki tyag, tapasya ka parinam hai. Yehi wajah hai ki Brahman samaj hamesha se margdarshak ki bhumika mein raha hai (Brahmins are always supreme in society. They have been at such a position because of their sacrifice and penance. This is why the Brahmin community has been performed the role of a guide).”

Vivek Kumar, chairperson of Centre for the Study of Social System (CSSS) in Jawaharlal Nehru University (JNU), said the statement by the Speaker was not in conformity with constitutional morality.

Social activist Ashok Bharati said the major contribution by the Brahmins was to perpetuate an unequal social order for their benefit.

“If India is backward, it is because of discrimination and exclusion. The Brahmins perpetuated the unequal caste system, denied opportunity to the lower castes in education, economy, resources and in every lever of power,” he said.

Gurindar Azad, an activist and a writer on social justice topics, said a new normal was being set everyday with the spread of statements which are unconstitutional. He cited the statement of a Kerala High Court judge glorifying Brahmins.

He said the Sangh had always endorsed and eulogised the varna system which divides the Hindu society into four social groups and awards works of varying nature to them. The sudras and ati sudras had traditionally no rights over education and resources.

Rattan Lal, who teaches history at Hindu College under Delhi University, said: “Brahmins did not allow democratisation. As a result, majority of the population who belongs to lower castes perished and remained backward.”

Another researcher who did not wish to be quoted said that people with sacrifice and penance are found among every community. But they are neither recognised nor rewarded.

“The tendency to eulogise the tapasya and tyaga of Brahmins flows from an understanding that Brahmins deserve to remain at the top and other communities deserve their sympathy. This is a flawed understanding,” he said.