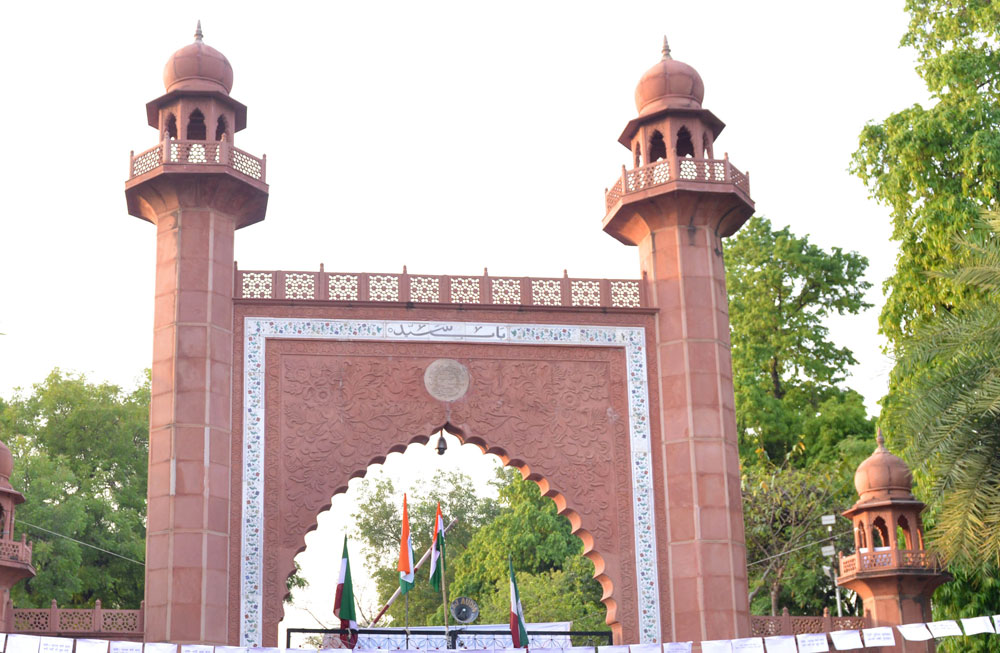 Aligarh Muslim University has cancelled the staging of Asghar Wajahat’s play Jis Lahore Nai Dekhya after the organisers put up a banner portraying a faulty map of India showing Jammu and Kashmir in Pakistan and a part of Arunachal Pradesh in China.

Also, a part of Pakistan was placed in India.

The Drama Club, a unit of the university’s Cultural Educational Centre, had planned the show at the Kennedy Auditorium on the campus on Monday. Banners and posters on the play, which is set in 1947 and portrays the human tragedy of Partition, were put up on a wall outside the auditorium.

University sources said a few students pointed out the mistakes in the map to the authorities on Sunday.

Realising that members of a particular political dispensation could turn it into an issue, vice-chancellor Tariq Mansoor ordered removal of the banner and cancelled the show, university sources said.

“The university administration has also issued notices to a member of the Drama Club and two employees of the Cultural Educational Centre,” said Shafey Kidwai, university spokesperson.

“Further action would be initiated against the guilty after receiving their replies. It’s a serious lapse and the VC is concerned about it.”

Kidwai clarified that there was no dispute over the play, written in the 1980s and staged at AMU many times in the past.

However, Singh, the BJP official, indicated that cancellation of the show would not end the efforts to create a political controversy.

“Although the banner was removed and the stage show was cancelled after I complained to the district administration and university authorities, we have decided to lodge a formal complaint with (Union) human resource development minister Prakash Javadekar,” he said. “It’s a matter related to sedition and a case must be registered against those responsible.”

The play is about a Muslim family from Lucknow that is allotted a house in Lahore, Pakistan, after its Hindu occupants migrate to India following Partition. The Muslim family discovers that an old Hindu woman is still living there, refusing to leave the house and the city.

The play has been staged across the world, winning praise everywhere, but was banned in Pakistan after a few shows in several cities.

Every time the play is staged at AMU, the organisers put up a banner showing a map of India with Jis Lahore Nai Dekhya blazoned across it. Only, this time the map was a distorted one.