The home minister addressed the National Security Strategies Conference 2022, which was attended by the top brass of the country's police forces 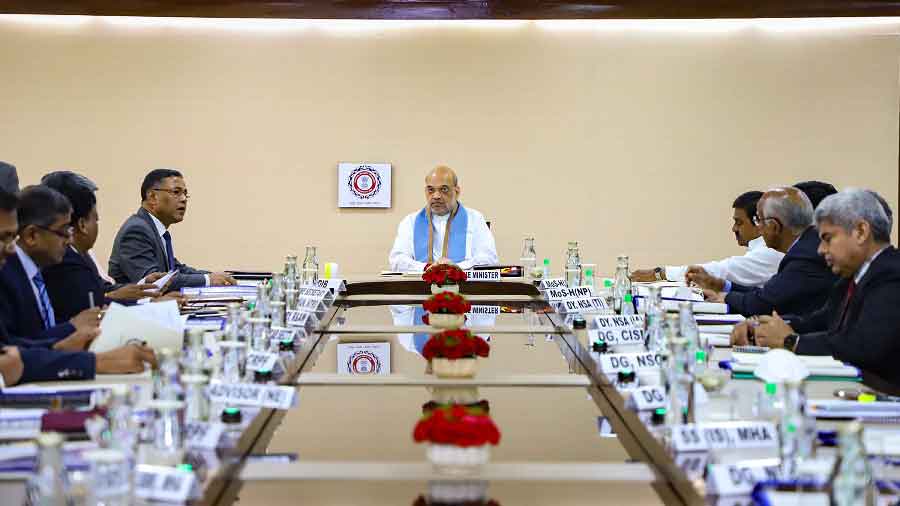 Shah was addressing the National Security Strategies (NSS) Conference 2022, which was attended by the top brass of the country's police forces.

Shah said it was the responsibility of the director generals of police (DGPs) to gather all technical and strategic information in their states, especially in the border districts.

The DGPs of border states should keep a watchful eye on the demographic changes taking place in border areas, he said.

The home minister further said that since becoming the prime minister in 2014, Narendra Modi has not only given a thrust to internal security of the country but has also strengthened the mechanism to face challenges.

He said states should give top priority to the issues related to national security as this is the fight for the future of the country and the youth, for which everyone has to come together and win at any cost.

Shah added that in the field of internal security, the government has achieved greater success in dealing with terrorism in Jammu and Kashmir, various extremist groups in the northeast and Left Wing Extremism.

Under Modi's leadership, the central government has enacted many new laws, increased coordination with states, increased budgetary allocations and made optimum use of technology, he said.

"The prime minister has tried to change the nature of the DGP conference since 2014, and we see that we have been successful in finding solutions to many problems," the Union home minister said.

Shah said a system has been developed for the first time in the country in the form of the National Automatic Fingerprint Identification System (NAFIS) and it should percolate down to the grassroots level.

Referring to the problems of circulation of narcotics, he said it was not enough to just catch a consignment since the complete uprooting of the drugs network and getting to the bottom of its source and destination are of utmost necessity.

The home minister said the central government was preparing a database of different types of crimes, and for the first time, with a scientific approach, so much work has been done on so many fronts simultaneously.

"We have to make good use of 5G technology to strengthen the security system," he said.

Shah said the basic principle of a modern intelligence agency should not be "need to know" but "need to share" and "duty to share", because no success will come unless the approach changes.

"Along with technology, we should also give equal thrust to the use of human intelligence," he said, adding this conference helps young officers gather in-depth knowledge on issues of national security.

The home minister said the sessions selected for deliberation in the last two days were relevant and important, and discussions were held on counter-terror and counter-radicalisation, challenges of Maoist overground and front organisations, cryptocurrency, counter-drone technology, cyber ??and social media surveillance, protection of islands, emerging challenges due to 5G, demographic changes and growing radicalisation in border areas.