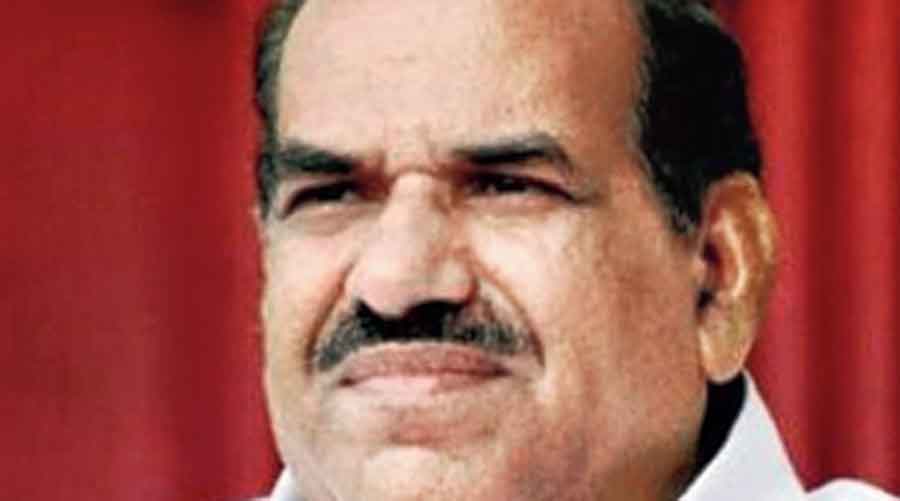 The CPM state secretary in Kerala has gone on leave for medical treatment, close on the heels of his son being arrested over a financial deal linked to a drug scandal and in the run-up to civic elections.

The decision by Kodiyeri Balakrishnan immediately triggered speculation that the state party chief, who had succeeded current chief minister Pinarayi Vijayan as the state secretary in February 2015, wanted to stay away from the party as part of a damage-control effort.

The change at the helm comes just weeks before the local body polls in Kerala, which is being seen as a litmus test before the Assembly elections likely in May.

It is not the first time that Balakrishnan has gone on leave. He had last year travelled to the US to seek treatment for a health condition, but returned to resume his party work.

The CPM has appointed Left Democratic Front convener A. Vijayaraghavan as the interim state secretary. Vijayaraghavan told reporters that medical treatment was the sole reason for Balakrishnan’s long leave.

“The state CPM secretariat has very clearly explained the reason for the long leave. There is nothing more to add,” he said.

Asked about the Opposition parties linking the move to the arrest of Bineesh, the son of Balakrishnan, Vijayaraghavan said he was not surprised by such interpretations.

“The Opposition will not say anything to help us. They are just misinterpreting everything and I don’t need to comment on that,” he added.

Leader of the Opposition and Congress veteran Ramesh Chennithala noted that Balakrishnan had not relinquished his position when he went on a long leave last time.

“What this shows is the serious internal differences within their party. They had all along maintained the secretary’s son had nothing to do with the party. But now the secretary has been replaced,” Chennithala said, taking a swipe at the CPM that had shielded Balakrishnan after his son’s arrest.

The Opposition parties were gunning for Balakrishan after the arrest of Bineesh. After two weeks of custodial interrogation by the Enforcement Directorate, Bineesh was remanded in judicial custody on Thursday.

State CPI secretary and ruling coalition partner Kanam Rajendran said it was the CPM’s decision to grant leave to Balakrishnan. “Shouldn’t a leader take leave when he is not well?” he asked.