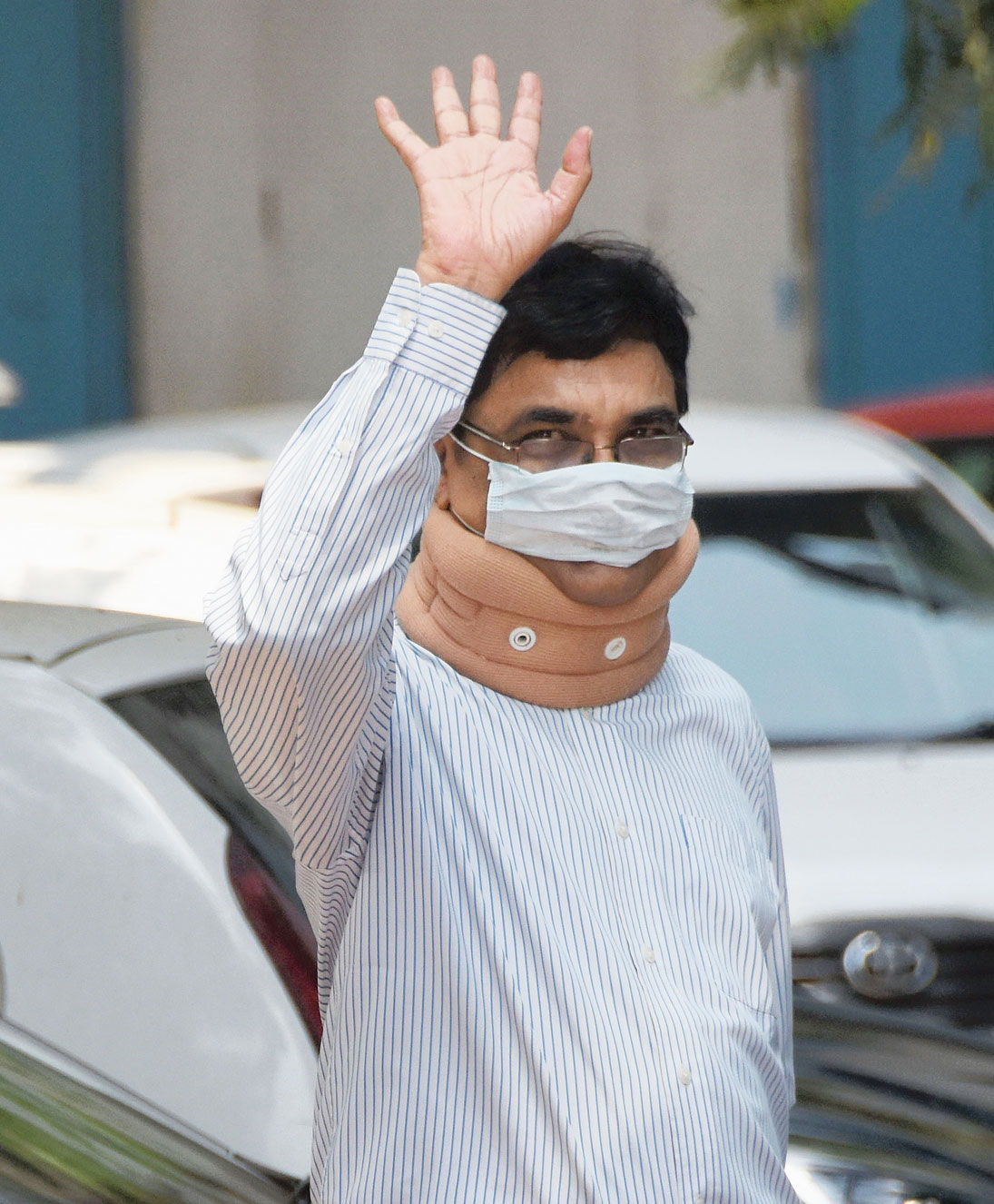 Civil rights activists Anand Teltumbde and Gautam Navlakha were arrested by the National Investigation Agency (NIA) on Tuesday after they surrendered before it in connection with the 2018 Bhima-Koregaon violence and alleged Maoist links.

The irony was not lost on many that Teltumbde, the grandson-in-law of Bhimrao Ambedkar, whom the BJP government very vocally celebrates and claims to respect, was arrested on the Father of the Indian Constitution’s 129th birth anniversary.

Many of those who protested also pointed out that even the raging pandemic could not push back the arrests and that even repressive regimes were releasing political prisoners to ease prevent tragedies in jails.

Later on Tuesday, a special court in Mumbai remanded Teltumbde in the NIA’s custody till April 18. Navlakha surrendered in Delhi. The Supreme Court had last week rejected their anticipatory bail pleas and directed them to surrender before the NIA.

Teltumbde reached the NIA office in south Mumbai’s Cumbala Hill in the afternoon with his wife Rama and brother-in-law and Dalit leader Prakash Ambedkar and surrendered. In the court, the NIA sought 10 days’ custody of Teltumbde, but judge A.T. Wankhede granted four days.

The activists had initially been booked by Pune police following the Bhima-Koregaon violence. According to the police, the activists had made inflammatory speeches and provocative statements at the Elgar Parishad meet in Pune on December 31, 2017, which triggered violence the next day in which one person died.

The Elgar Parishad was formed by former Supreme Court judge P.B. Sawant to work for the easing of acrimony between Dalits and backward classes on one hand and Marathas on the other. The 2017 Bhima-Koregaon gathering had been to commemorate the 200th anniversary of a battle in which English soldiers, with the help of Mahar troops, had defeated the then Peshwa.

Opposition parties, Dalit scholars and civil liberty groups on Tuesday criticised the NDA government for the arrests of Teltumbde and Navlakha.

The CPM politburo issued a statement to condemn the arrests on “completely trumped up charges”. The party pointed out that it was a matter of concern that the Supreme Court did not postpone their arrests in view of the Covid-19 pandemic.

Dalit MP Ravi Kumar from the DMK, former MPs Prakash Ambedkar, D Raja (CPI) and T. Thirumavalavan (VCK) brought out a joint statement, saying: “This is both tragic and shameful for all Dalits, Adivasis, OBCs and minorities on many counts for all of India.”

They said that even repressive regimes around the world were releasing political prisoners in view of the coronavirus pandemic. They called upon the Dalit, Adivasi, OBC and minority leadership to stand up and seek justice.

In a statement, Avinash Kumar, the executive director of Amnesty International, said the arrests showed the continuation of a clampdown on those critical of the government.

“When hard-won rights to expression and peaceful protest are weakened, everyone stands to lose. Over the past two years, there has been a sustained smear campaign against these activists, accusing them of working against India and seeking to undermine years of crucial work they have done to cast light on injustice,” Kumar said.