Allegations against Sharad Pawar pained me: Ajit Pawar on his resignation 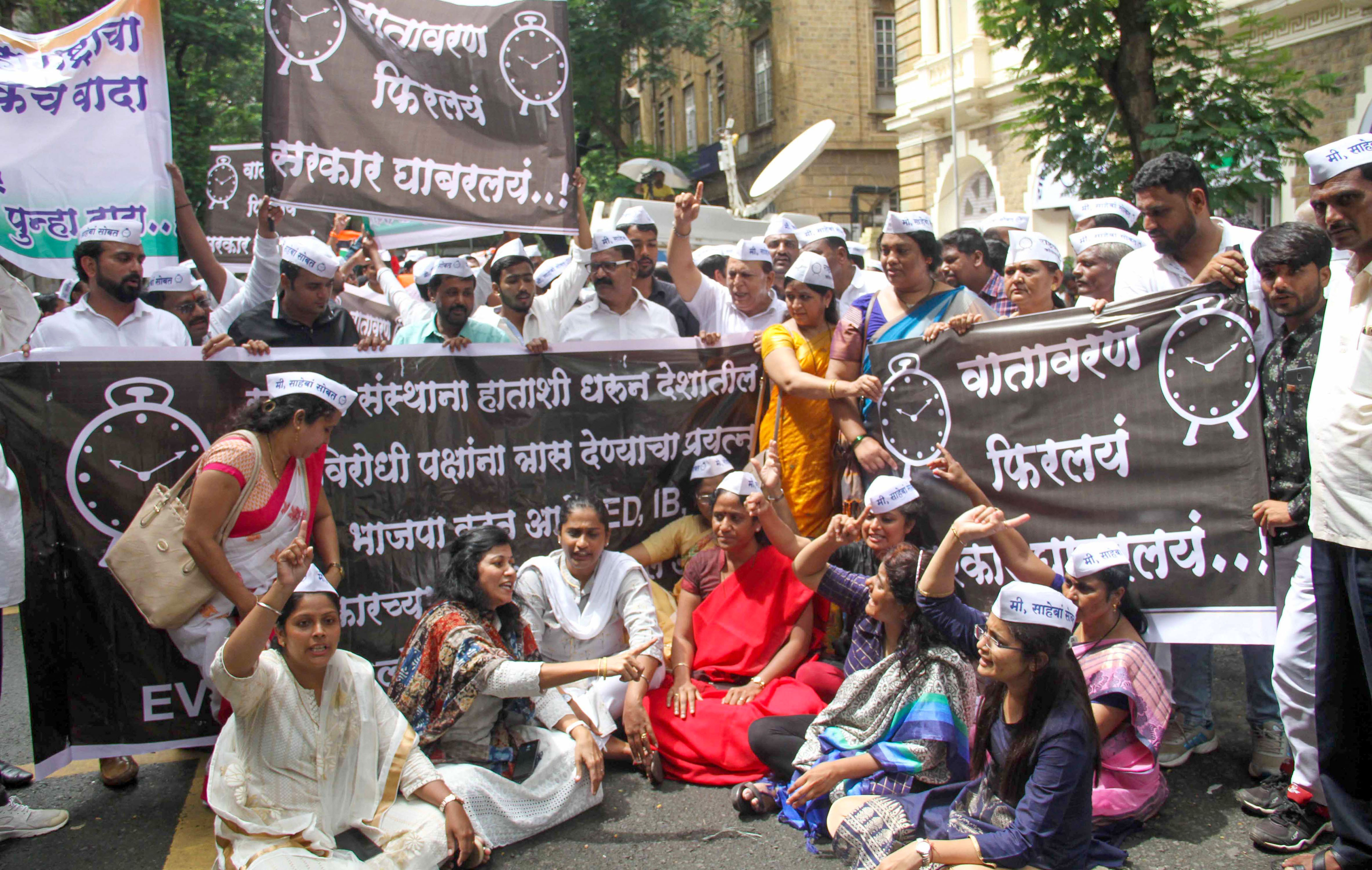 Senior Nationalist Congress party leader Ajit Pawar said on Saturday that he resigned as MLA because he was pained after his uncle and party chief Sharad Pawar's name got embroiled in the MSC Bank scam for no reason.

Ajit, whose resignation on Friday ahead of October 21 Maharashtra assembly polls created a flutter, however, indicated that he was not quitting politics. He will do whatever his uncle asks him to do, he said.

Addressing a press conference in Mumbai, an emotional Ajit questioned the accusations against him in connection with the alleged scam at the Maharashtra State Cooperative Bank.

The former state deputy chief minister resigned as MLA without proffering any reason and was incommunicado till Saturday morning when he met Sharad Pawar at the latter's residence in South Mumbai.

Holding a press conference later, Ajit Pawar said, 'Sharad Pawar is not even remotely associated with the bank or its transactions in any capacity. Yet, the day before yesterday, only his name was doing rounds in connection with the case.'

'I reached upto (the post of) deputy chief minister because of Sharad Pawar....I was perturbed as I felt it was because of me that he had to face infamy at this age. Hence, I decided to resign in keeping with my conscience,' he added.

About the scam allegations, Ajit said leaders of all political parties were members of the board of the cooperative bank, and all decisions about sanctioning of loans and other matters were taken collectively.

He also trashed reports of a 'feud' in the Pawar family, and said his uncle's word is always final for him.

The Mumbai police recently registered an FIR in the MSCB case upon the high court's orders, which was followed by registration of a case of money laundering by the Enforcement Directorate against Sharad Pawar, Ajit Pawar and others.

The scam is related to alleged corruption in disbursal of loans and sale of assets.

Some media reports had said that Ajit was upset because his nephew Rohit Pawar was being promoted in the party at his cost. Reports of a turf-war between Ajit and his cousin Supriya Sule too keep surfacing.

'I will follow what Pawar saheb asks me to do,' Ajit said when asked whether he will seek reelection from Baramati.

The decision as to from where he should contest will be taken by Jayant Patil, he added. Patil, on his part, said 'there is no alternative' to Ajit as candidate from Baramati.

Asked about his advise to son Parth to give up politics and take up farming or business, Ajit said, 'I have been in politics for 30 years, solving people's problems day in and out. Yet this is the situation I find myself in. Hence, out of indignation I told him so.'