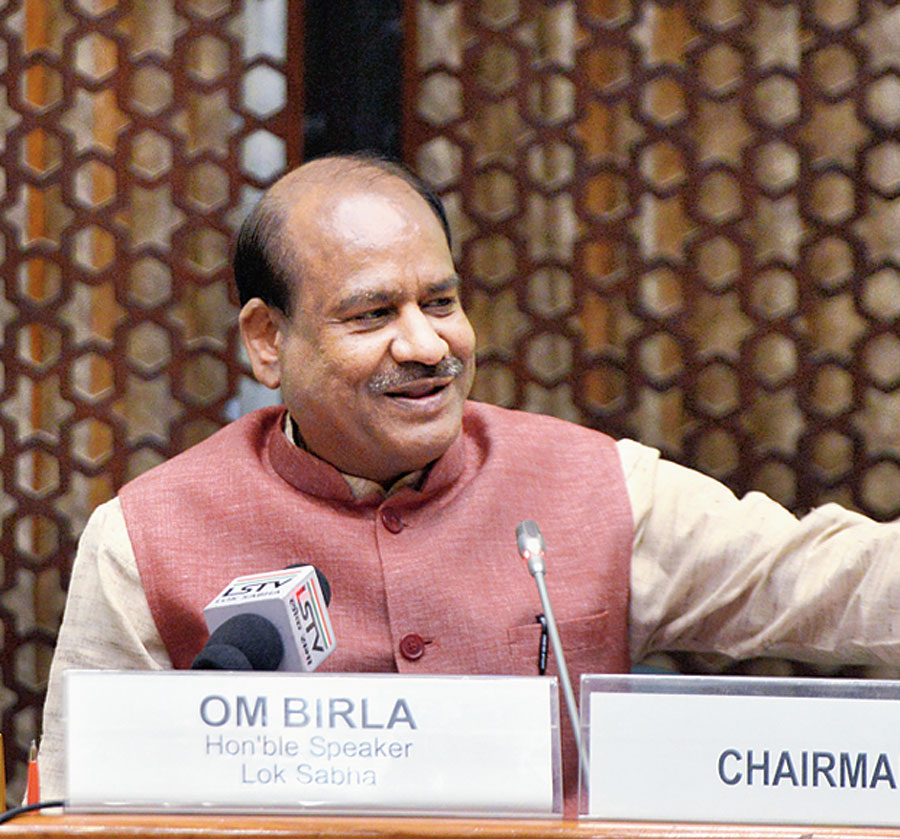 The Lok Sabha on Friday decided to form an all-party committee headed by Speaker Om Birla to look into instances of indiscipline by members in the House even as the Opposition termed the suspension of seven Congress MPs for the remaining period of the budget session as a harsh decision and urged withdrawal.

The announcement of formation of such a committee was made by BJP MP Kirit P. Solanki, who presided over the House, as Speaker Om Birla continued to keep off the House, stressing his annoyance with the conduct of Opposition members. The committee is likely to scan recorded footage to identify all those who had engaged in unruly behaviour.

The Speaker, according to sources, refused to return to the House, despite a team of leaders of different political parties led by defence minister Rajnath Singh met him in his office and appealed to him to return. “The Speaker told us that he will return only after the entire House decides to maintain discipline and follow the rules,” a BJP MP said.

Proceedings in the Lok Sabha continued to be stalled by the Opposition on Friday to demand a discussion on the Delhi riots. The House, however, functioned for some time, during which a bill was passed.

Congress House leader Adhir Ranjan Chowdhury protested against the suspension of the party MPs for the remaining period of the session and termed it very harsh. “For pick-pocketing, you can’t hang someone,” Adhir said to convey the harshness of the action.

Adhir said some treasury bench members, too, had indulged in unruly behaviour but no action had been taken against them. He demanded that the suspension be revoked.

Other Opposition leaders, too, joined in, urging the Speaker to shorten the period of the suspension. “Suspension for the whole session is a very harsh decision. I would rather say that it is a very unwanted decision. So, my humble submission would be that this suspension should be withdrawn and allow them to attend the session from tomorrow,” Trinamul Congress’s Sudip Bandopadhyay said. The Lok Sabha now meets on Wednesday after the Holi break.

The DMK’s Dayanidhi Maran took a more strong line and felt that the disdain shown by Prime Minister Narendra Modi and home minister Amit Shah had rightfully agitated the Opposition.

“In a democratic system, we have been trying to get the attention of the Chair for all these days but with due respect to the Chair, why is he not allowing us to voice our opinion?… So, I would request the Chair to kindly recall this decision,” he added.

The government continued to defend the suspension. Parliamentary affairs minister Pralhad Joshi said snatching papers from the Speaker’s table and tearing it were no ordinary misconduct. He denied the Opposition’s charge that never before had such harsh action been taken.

The minister, however, said the decision to revoke the suspension was in the Speaker’s hand and whatever he decided would be acceptable to the government.