Advertisement
Home / India / All 4 convicts in Nirbhaya case to be hanged on January 22: Delhi court

All 4 convicts in Nirbhaya case to be hanged on January 22: Delhi court 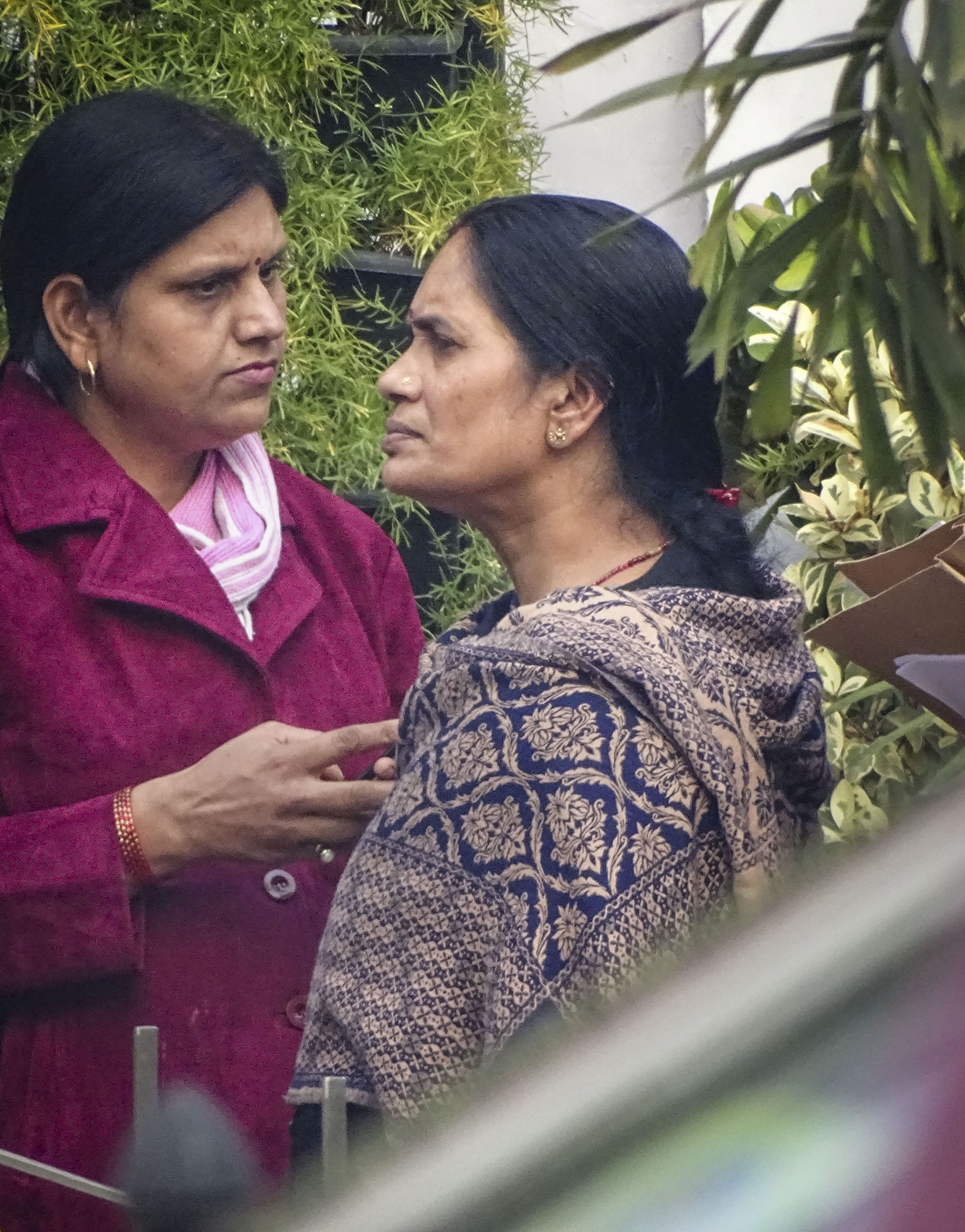 The four convicts in the 2012 Nirbhaya gangrape and murder case will be hanged on January 22 at 7am in Tihar jail, a Delhi court said on Tuesday.

During the hearing, the prosecution said there was no application pending before any court or the President right now by any of the convicts and the review petition of all the convicts was dismissed by the Supreme Court.

While urging the court to issue the death warrants, the prosecution said, 'In between issuance and execution of death warrants of the convicts want to file curative petitions they can do so.'

The counsel for two of the convicts - Mukesh and Vinay - said they were in the process of filing curative petition in the Supreme Court.

The trial court had earlier directed Tihar jail authorities to seek within a week response from the four death row convicts as to whether they were filing mercy pleas against their executions with the President of India.

It was hearing the applications moved by Nirbhaya's parents and the prosecution (Delhi government) seeking issuance of death warrant against the convict.

After the verdict was announced, Asha Devi, the gangrape victim's mother, said that the hanging of the convicts will restore the faith of women in law.

Nirbhaya's mother said that January 22 will be a big day for her when the convicts are hanged.

The court had on December 18 last year adjourned the hearing till January 8, 2020.

Nirbhaya's mother broke down at the news of the adjournment, asking: 'The convicts have been given one more chance. Why are their rights being considered? What about our rights?'

Consoling her, the judge had said, 'I have full sympathy with you. I know someone has died but there are their rights too. We are here to listen to you but are also bound by the law'.

Earlier on that day, she had welcomed the Supreme Court decision to dismiss the plea filed by one of the four convicts in the case, seeking review of its 2017 judgment upholding his death penalty.

The victim’s mother had asked the convicts to be hanged on December 16, the day the medical student was raped in a moving bus in south Delhi in 2012.

'I will keep fighting for justice for my daughter and for the death penalty of those who snatched her from me. I want them to be hanged before December 16,' she had told reporters.

The parents had also sought the court to direct Tihar jail authorities to expedite the execution of the rape convicts.

The 23-year-old paramedic student died on December 29 at Mount Elizabeth Hospital in Singapore.