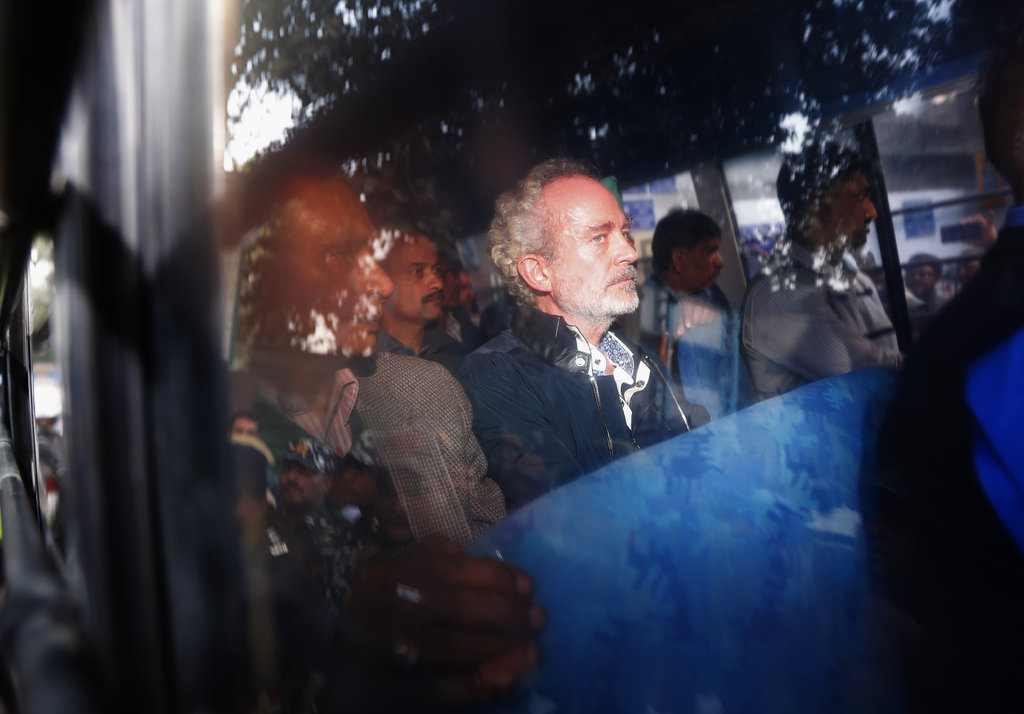 A Delhi court on Tuesday allowed the CBI plea seeking permission to take the signature and handwriting samples of Christian Michel, the alleged middleman who has been chargesheeted in the graft-tainted AgustaWestland VVIP chopper deal.

Special CBI judge Arvind Kumar passed the order after Michel's counsel said he has no objections to the CBI's plea and wants to prove his client's innocence.

The CBI has said it wants to match the samples with documents in its possession.

Michel arrived in New Delhi from Dubai on the night of December 4 after the UAE government cleared the British arms agent's extradition.

National security adviser Ajit Doval had guided the operation, the CBI had said.

The 57-year-old agent is alleged to have paid bribes to bureaucrats, defence officers and politicians in India to secure the contract for the sale of 12 choppers for Agusta during the UPA’s rule. Investigations began in 2013 and the deal was cancelled in January 2014, four months before the Narendra Modi government took office.

Sunny side up for Michel in CBI custody