After teaser, parting Baat on Memorial 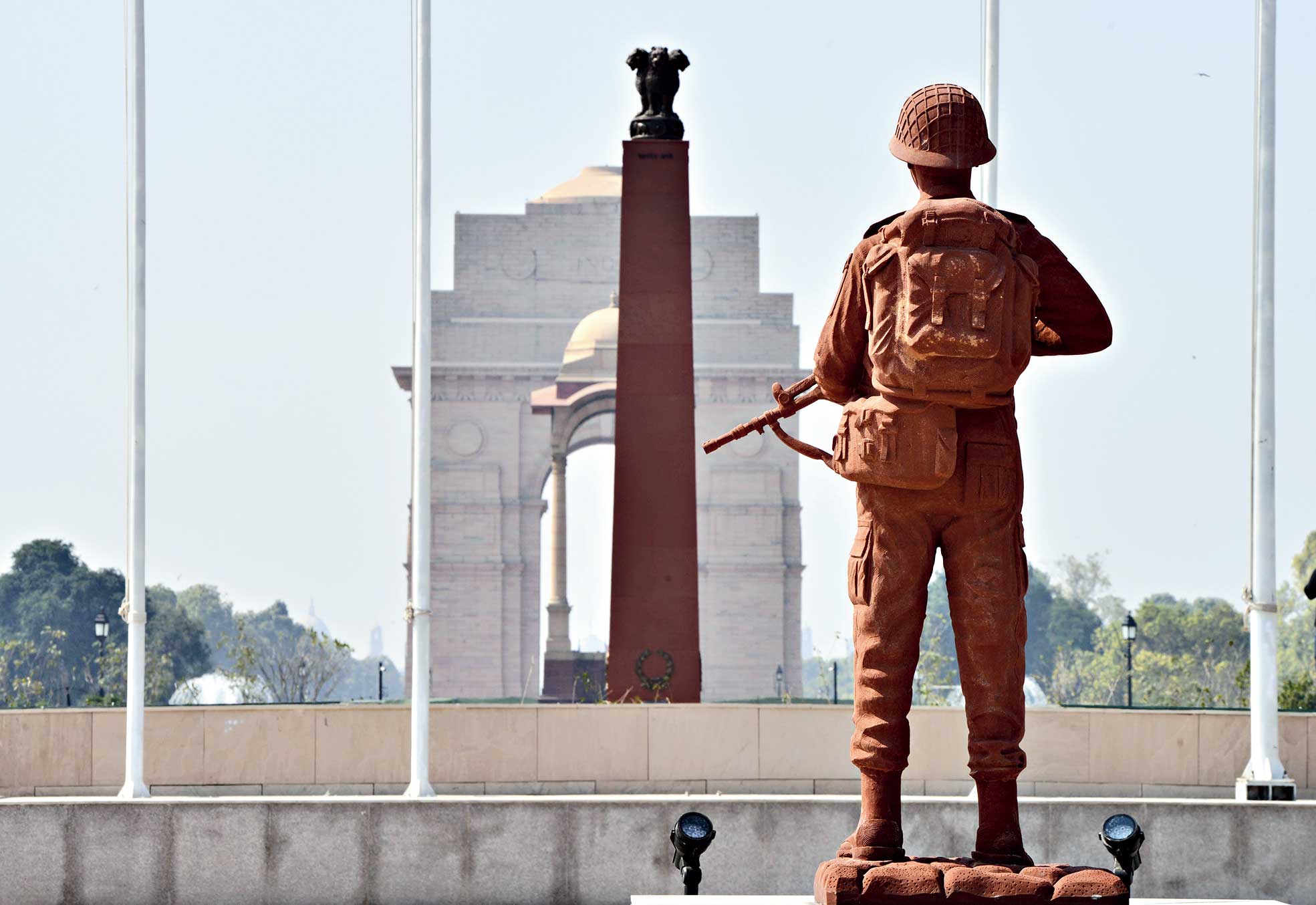 Prime Minister Narendra Modi on Sunday spoke about the National War Memorial in his last Mann Ki Baat address before the elections and the “martyrdom” of soldiers, dwelling on a topic the BJP hopes would garner votes in the backdrop of the Pulwama attack.

Modi tweeted a teaser ahead of his monthly radio address, saying it was “special” today, generating curiosity and apprehension that some important announcement was in the offing.

But there was hardly anything special in Modi’s address except for the announcement that this would be his last Mann Ki Baat before the general election, due by May.

“Friends, elections are the biggest celebration of democracy. In the next two months, we will be busy in the hurly-burly of the general election. I myself will also be a candidate during this election. In maintaining respect for healthy democratic traditions, the next episode of Mann Ki Baat will be broadcast on the last Sunday of the month of May,” Modi said.

The last Sunday of May 2019 falls on the 26th — exactly five years to the day Modi had assumed office as Prime Minister.

Modi said he would on Monday dedicate to the nation the newly built National War Memorial, which he claimed was his brainchild.

The long wait after Independence for such a memorial was over and on February 25, he said, the country would dedicate this “National Soldier’s Memorial” to the armed forces.

A scripted stone on the India-Pakistan war of 1971 at the memorial.
Picture by Prem Singh

“India not having a National War Memorial used to surprise me, pain me. A memorial that would house the valour saga series of our brave soldiers who laid down their lives, safeguarding their nation’s security. And I took a resolve that the country must have such a memorial,” Modi said.

The memorial is located inside the India Gate hexagon in the heart of Delhi. India Gate itself is a war memorial the British had built as a tribute to soldiers martyred before Independence. Modi said the new memorial would be dedicated to the sacrifice of soldiers after Independence.

Sunday’s address came in the backdrop of the February 14 terror attack in Pulwama, Kashmir, that left 40 CRPF personnel dead, heightening tensions with Pakistan.

The BJP has repeatedly cited the Valentine’s Day attack, hoping that nationalistic fervour would obliterate caste affiliations and lead to a wider Hindu consolidation in the name of teaching Pakistan a lesson and help the party in the parliamentary elections.

Modi, too, in almost every post-Pulwama public address, has promised to avenge the martyrdom of the CRPF troopers.

On Sunday also, Modi started his radio address by referring to the Pulwama strike. “This martyrdom will keep inspiring us relentlessly to uproot the very base of terrorism; it will fortify our resolve. We shall have to take up this challenge facing our country, forgetting all barriers of casteism, communalism, regionalism and other differences,” he said.

Modi urged people to visit the memorial, asked them to post pictures on social media to inspire others to make a trip and said he was confident it would turn into a “sacred site”.

“The memorial’s design symbolises the indomitable courage of our immortal soldiers. The concept of the National Soldier’s Memorial is based on the notion of four concentric circles, which depict the journey of a soldier from coming into being and culminating in his martyrdom,” the Prime Minister said.