Advertisement
Home / India / Adityanath guns for AMU: why doesn't it have quotas for SC/ST?

Adityanath guns for AMU: why doesn't it have quotas for SC/ST? 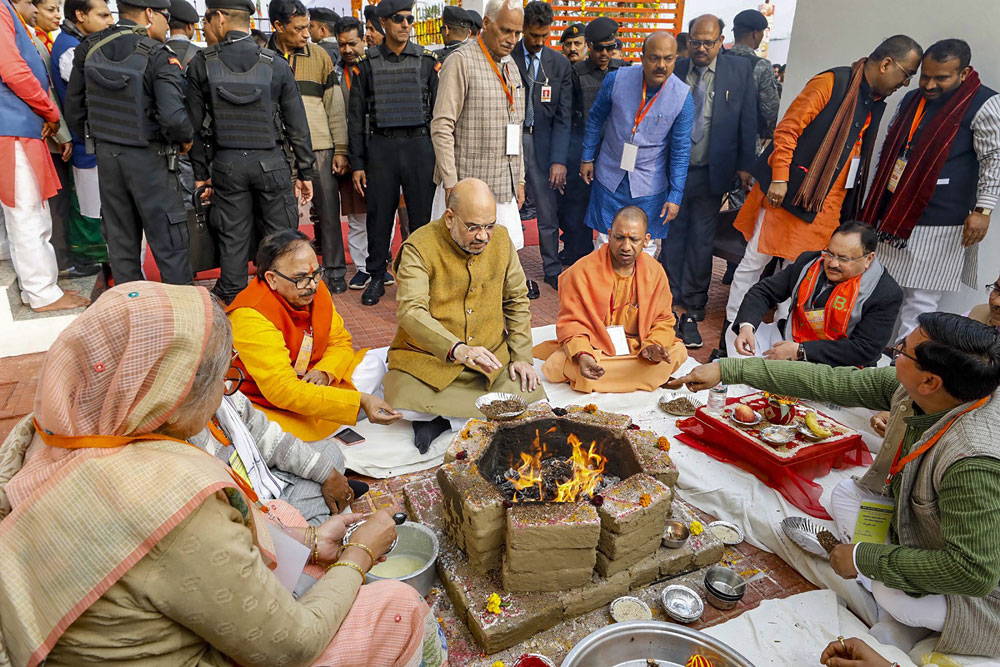 Uttar Pradesh chief minister Yogi Adityanath on Wednesday asked why Aligarh Muslim University didn’t have any reserved seats for Scheduled Caste and Scheduled Tribe students, prompting at least one varsity official to question the timing of the query.

BJP national chief Amit Shah, who was present when Adityanath addressed party workers at a meeting in Aligarh, spoke on a more topical issue: return of the “non-disputed” 67.39 acres in Ayodhya to the original landowners, including a Sangh parivar-linked trust formed to oversee the construction of the Ram temple.

Adityanath, however, chose to bring the nearly 100-year-old AMU back in focus.

“I want to ask why Aligarh Muslim University doesn’t give quota in admission to SC/ST students. The central government gives financial assistant of several hundred crores annually to this university,” he told the meeting of booth-level workers.

“Why have the Samajwadi Party and the Bahujan Samaj Party been silent on this issue?” the BJP leader asked.

No AMU staff would come on record but a senior member of the varsity administration said Adityanath’s comments amounted to “contempt” of the Supreme Court, where a case is pending on the institute’s status.

Shah, in his speech, said the Narendra Modi government had filed a petition in the Supreme Court to return 42 acres of the non-disputed land to the Ramjanmabhoomi Nyas, a trust of the Vishwa Hindu Parishad. He asked the Congress, the SP and the BSP to clarify their stand on the temple.