Advertisement
Home / India / Ache for BJP in south too

Ache for BJP in south too 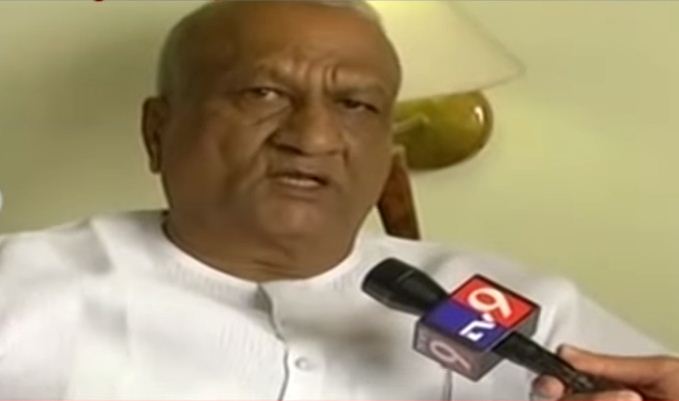 The move by Ashok Pujari of Gokak and former Kagwad MLA Raju Kage (in picture reverses a trend of defections from the Congress to the BJP in recent months, including an exodus in Maharashtra ahead of the Assembly polls in the western state.
Tv9 Kannada
K.M. Rakesh   |   Bangalore   |   Published 11.11.19, 08:17 PM

Defections by 17 Congress and Janata Dal Secular MLAs in Karnataka had brought the BJP to power in July. Now the BJP’s bid to reward these rebels has put the defection boot on the other foot.

Two senior BJP leaders, disappointed at the party’s decision to field the Congress-JDS rebels from all the 15 Assembly constituencies that will witness by-elections on December 5, have contacted the Congress asking to join the party.

The move by Ashok Pujari of Gokak and former Kagwad MLA Raju Kage reverses a trend of defections from the Congress to the BJP in recent months, including an exodus in Maharashtra ahead of the Assembly polls in the western state.

While Pujari is still negotiating a switchover, Kagwad announced on Monday that he would join the Congress on Tuesday.

Pujari and Kage, both of them influential Lingayat leaders from northern Karnataka, have acknowledged they are furious with the BJP for ignoring long-time loyalists like them in the ticket distribution for the by-elections.

“I met senior leaders and they gave me the green light to join the Congress. On the 18th I shall be filing my nomination on a Congress ticket.”

Asked why he was quitting the BJP, Kage said: “I have been doing all the groundwork for the last three years, and yet they did not reward me.”

Pujari was, however, not too forthcoming on whether he would immediately join the Congress, which is yet to promise him the ticket for the Gokak seat. “I’m still a BJP man but I have my concerns,” he said.

Pujari had lost the last election to Congress nominee Ramesh Jarkiholi, who later led the rebellion that toppled the coalition government. Jarkiholi is expected to be a BJP candidate for the December 5 vote.

The BJP has to wait till Wednesday, however, to be absolutely certain that it can field the Congress-JDS rebels in the by-elections.

After the 14 Congress dissidents and 3 JDS rebels had resigned, the then Assembly Speaker had disqualified them all and banned them from contesting any by-election. The disqualified MLAs have challenged the order in the apex court, whose verdict is expected on Wednesday.

It’s apparently the return of the Congress’s man for all seasons, D.K. Shivakumar, after 50 days in jail custody in a money-laundering case that has made the two upcoming defections possible. Shivakumar had held the initial talks on Sunday.

Chief minister B.S. Yediyurappa put up a brave face. “It doesn’t really matter who is leaving and who is joining,” he said.

The BJP has 105 seats and the support of an Independent in an existing House of 208. It will need to win six seats in the by-election to retain majority in what will become a House of 223.

By-elections cannot be held in two of the 17 seats vacated by the disqualifications since these are enmeshed in old legal cases.

“More BJP leaders are in touch with us,” a senior Congress politician told The Telegraph while refusing to mention a figure. “But it all depends on Wednesday’s judgment,” he conceded.

He added: “If the Supreme Court reinstates all 17, they will have to resign all over again and the by-elections may have to be delayed.”

Pujari’s switchover may depend on whether the Congress can spare the Gokak seat for him. “We have a problem because Satish Jarkiholi (a senior politician) wants his younger brother Lakhan to make his debut from Gokak,” the Congress source said.

“But most of our district leaders prefer Pujari. We’ll work that out in a few days.”

However, the mere hint of Pujari being considered for Gokak has angered Satish, prompting him to skip a state Congress meeting here on Monday.