Bhagwant Mannji is very dear to all of us. He’s like a younger brother. He’s the most towering leader of the party as well: Kejriwal 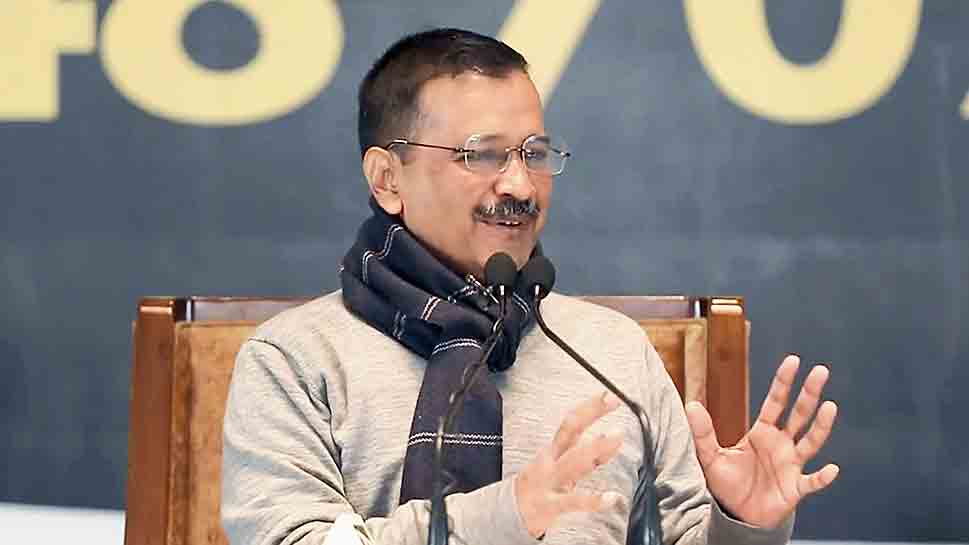 Aam Aadmi Party leader and Delhi chief minister Arvind Kejriwal on Thursday announced an opinion poll, to be conducted over telephone, text messages and WhatsApp, to select a chief ministerial candidate for Punjab.

By his side at the news conference in Mohali was Bhagwant Mann, MP and a possible candidate for chief minister.

“Bhagwant Mannji is very dear to all of us. He’s like a younger brother. He’s the most towering leader of the party as well,” Kejriwal said.

“While we were sitting together I asked why Bhagwant should not be made the chief ministerial candidate. Bhagwant declined and said the public should take a call on it.”

Kejriwal added: “In a historic first we are going to tell the public that we are certain of forming the government but we need you to choose the chief minister. You can SMS, WhatsApp or leave a voice message on call through this number (7074870748) and tell us your choice. The line will be open till the evening of January 17.”

After 5pm on January 17, the votes will be tallied and the chief ministerial candidate of the main Opposition party in Congress-ruled Punjab will be announced.

Both the Congress and the AAP have avoided announcing their chief ministerial candidates so far, fearful of possible infighting. This has allowed the Congress to retain its state unit chief Navjot  Sidhu — whom the AAP had wooed — and the AAP, to retain Mann.

At Kejriwal’s news conferences in Punjab, Mann’s supporters have chanted slogans for him to be made chief minister. The AAP coming in second last time had been blamed on the party’s failure to declare a chief ministerial candidate. The omission had fed rumours that the Haryanvi Kejriwal was himself going to become the chief minister, which his opponents successfully projected as an affront to Punjabi pride.

Mann said on Thursday: “I am a true soldier of the Aam Aadmi Party…. Punjab is important to me…. I have no desire to become chief minister.”

A recent AAP campaign video that focuses on Kejriwal has revived the rumours of 2017.

BJP leader Manjinder Sirsa said: “Who will give the phone opinion, (and who will) hear it and see it? There is no other face — the only purpose is to sideline Bhagwant Mann. We used to always say that Arvind Kejriwal wants to fool Punjab and become chief minister.”