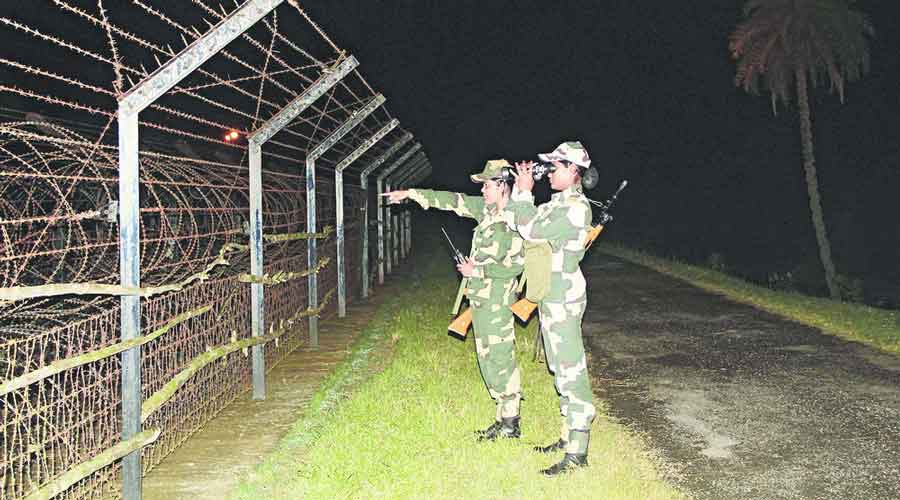 The ITBP is the first line of defence along the 3,488km-long China frontier which passes along Arunachal Pradesh, Sikkim, Uttarakhand, Himachal Pradesh and Jammu and Kashmir.
File picture
Our Special Correspondent   |   New Delhi   |   Published 15.08.21, 01:03 AM

Twenty Indo-Tibetan Border Police personnel, who fought shoulder to shoulder with the Indian Army in keeping the Chinese troops at bay in eastern Ladakh along the Line of Actual Control last year, have been awarded gallantry medals on the eve of the 75th Independence Day.

The ITBP is the first line of defence along the 3,488km-long China frontier which passes along Arunachal Pradesh, Sikkim, Uttarakhand, Himachal Pradesh and Jammu and Kashmir. The army remains behind the ITBP.

Sources said the ITBP troops have been awarded gallantry medals for displaying bravery during the two clashes last year — the violent clash on June 15, 2020, in which 20 Indian soldiers were killed and the confrontation on May 5 in which several Indian and Chinese soldiers were injured when they came to blows and hurled stones at each other near the Pangong Lake, two-thirds of which is under Chinese control, and Hot Springs area.

The 20 ITBP personnel awarded medals are among the total 1,380 service medals announced by the Centre for various central and state police forces on the eve of Independence Day.

Sources in the ITBP said out of the 20 jawans awarded for gallantry in eastern Ladakh, eight have been decorated for their gallant acts, meticulous planning and tactical insightfulness and for defending the country in Galwan on June 15 last year. Twelve personnel have been awarded police medals for gallantry for their bravery during the face-off on May 18 last year near the Pangong Lake and Hot Springs in Ladakh.

According to the official, the ITBP troops fought through the whole night and received minimal casualties by giving befitting replies to the stone-pelters of the PLA.

The paramilitary force kept the PLA troops at bay due to the high altitude training and maneuvering experience of the force in the Himalayan deployments, the official said.