Dilip Bankar and Manikrao Kokate, the MLAs from Nashik district, tweeted separately saying they were kept in dark about the oath-taking ceremony. 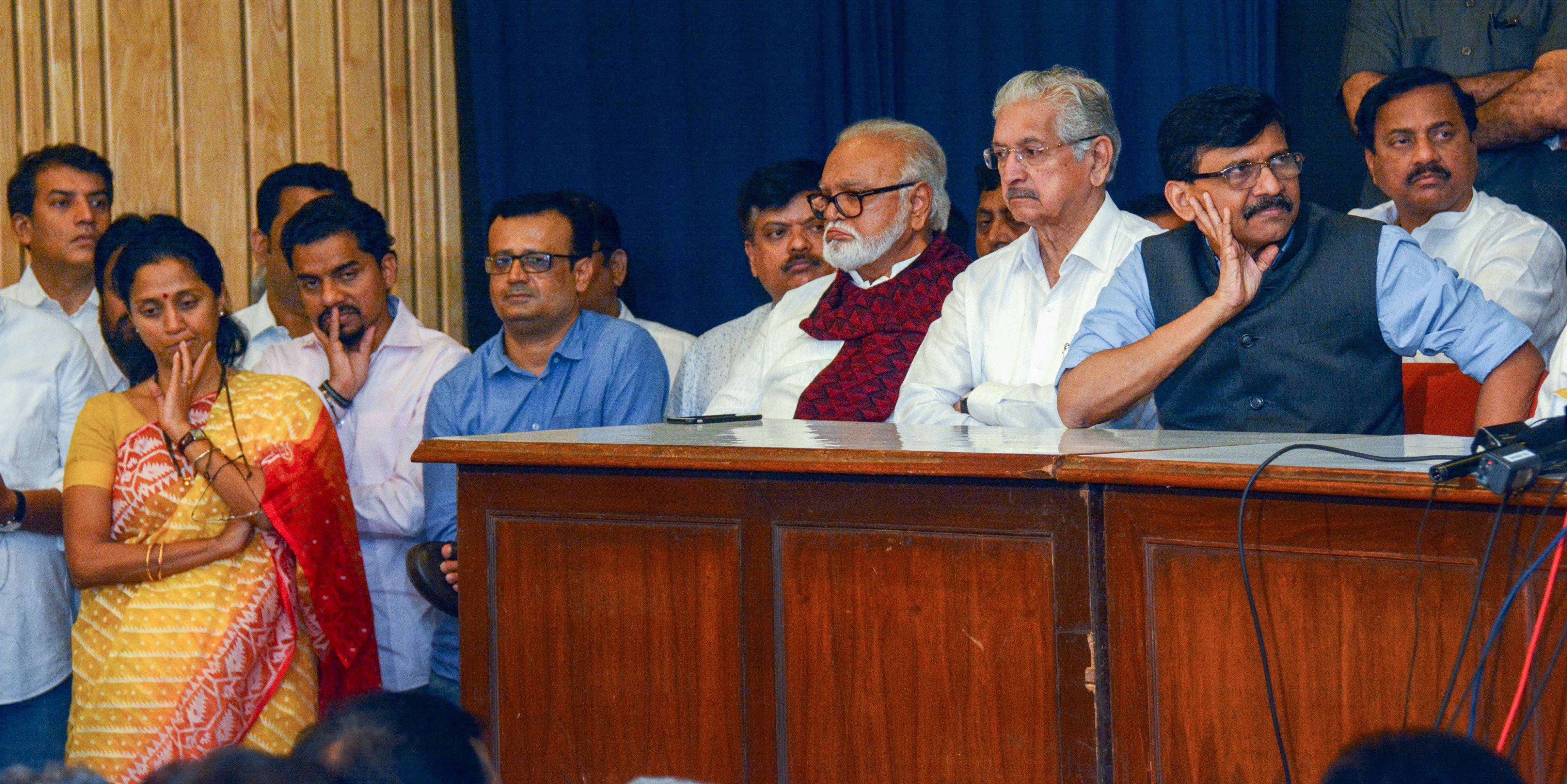 Amidst confusion over the exact number of MLAs attending the swearing-in ceremony of NCP's Ajit Pawar as deputy chief minister of Maharashtra under Devendra Fadnavis on Saturday morning, at least seven legislators claimed to have returned to the party fold and pledged their loyalty to Sharad Pawar.

Ajit, nephew of NCP chief Sharad Pawar, crossed over to the BJP with some legislators and took oath as deputy of Devendra Fadnavis who sworn in as chief minister for a second term.

Dilip Bankar and Manikrao Kokate, the MLAs from Nashik district, tweeted separately saying they were kept in dark about the oath-taking ceremony.

Both the MLAs said they were with the NCP and expressed solidarity with its president.

Parli MLA Dhananjay Munde, who also is said to have attended the function at Raj Bhavan, turned up at the ongoing meeting of NCP MLAs convened by the Pawar senior.

'I have not gone against the party's position. I reached Raj Bhavan after Ajit Pawar told me so. Followed order as he is legislature party leader,' he said.

'I had no clue what was going to happen there. I am with the party. I will never change the decision once taken,' Kokate tweeted, tagging Sharad Pawar and MP Supriya Sule.

Bankar, the MLA from Niphad, seconded Kokate and said he had faith in Sharad Pawar's leadership.

Bankar said he too had reached Raj Bhavan after being told to do so by Ajit Pawar and was 'clueless' about what was in store there.

Earlier, at a press conference addressed by Sharad Pawar, Shingne said, 'When I reached Raj Bhavan, I found 8 to 10 MLAs already there. None of us realised why we were brought there. After the swearing in, we went to meet (Sharad) Pawar saheb,' he said.

'All this happened because of some misunderstanding since Ajit Pawar had called us,' he said.

Sharad Pawar has said that Ajit, by virtue of being the NCP legislature party leader, possessed the list of all the 54 MLAs with names, signatures and constituencies for internal party use.

'I presume he has submitted that list as a letter of support to the governor. If this is true, the governor has been misled,' he said.

Pawar also said the MLAs who have defected stand to lose the membership of the Assembly, and when byelections are held, the Congress-NCP-Sena alliance will ensure that they are defeated.

The coup of Ajit virtually sabotaged the prospects of the Shiv Sena, the Nationalist Congress Party (NCP) and the Congress forming a government with Uddhav Thackeray as chief minister of the prospective alliance.